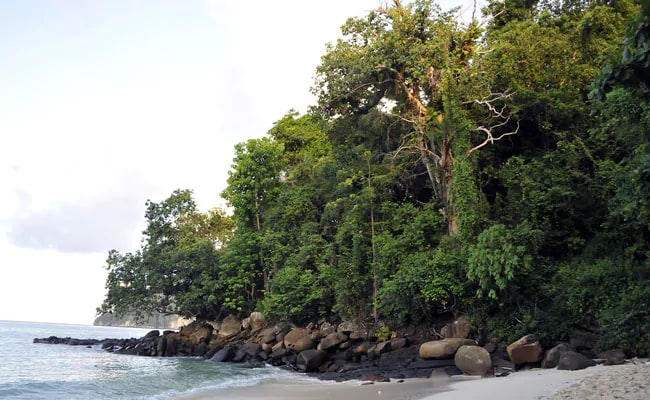 IRCTC Packages: The package include return flight tickets from Guwahati to Port Blair.

Indian Railway Catering and Tourism Corporation (IRCTC)'s tourism arm, IRCTC Tourism, is offering a four-night and five-day tour to the Andaman and Nicobar Islands from Guwahati. IRCTC Tourism's "Andaman Delights" tour package will begin from August 10, 2019 and include IndiGo flights connecting Guwahati with Port Blair, according to IRCTC Tourism's website - irctctourism.com. Bookings for the tour package - which covers destinations such as Havelock Island, Corbyns Cove Beach and Cellular Jail - can be made from Rs 28,230 per person, according to IRCTC Tourism. IRCTC is the online ticketing arm of Indian Railways. (Also Read: IRCTC Tourism Norwegian Getaway Cruise Tour Package: Cost, Itinerary And Other Details)

The cost of IRCTC Tourism's Andaman Delights tour package includes airfare for return flights between Guwahati and Port Balair, air conditioned accommodation on a double- or triple-sharing basis, a full day tour with all transfers including airport pickup and drop, entry permits, ferry tickets and forest area permits, and meals, according to IRCTC Tourism.

However, expenses on in-flight meals, laundry charges or porterage charges at hotel, camera fee and any type of water sports activities are excluded from the tour package, according to IRCTC Tourism.

On first day, upon arrival at Port Blair, the travellers will be transferred to The White Coral or Kavitha Regency or a similar hotel. After lunch, they would be taken for a trip to Corbyns Cove Beach and to the Cellular Jail. Travellers can also view the light and sound show at the Cellular Jail.

On second day, travellers will depart for Havelock Island by ferry at 6:00 am and they will be transferred to Elderado Beach Resort for an overnight stay. Individuals can also visit Radha Nagar Beach at Havelock Island.

On third day, travellers can check out of the resort by 10:00 am and visit Kala Pathar by road and Elephanta Beach and later sail back to Port Blair.

On fourth day, after breakfast at a hotel in Port Blair travellers will proceed for Ross Island, the former capital of Port Blair during the British regime. Later on the travellers can explore coral and marine life, visit Chatham Saw Mill and fisheries museum.

On the fifth day, after breakfast travellers will be transferred to Port Blair for 8:50 am flight back to Guwahati, according to IRCTC Tourism.