As we reached Munnar, the crisp cool air was in welcome sharp relief to the humid summer swamping the rest of Kerala.

5,200 feet above sea-level, the lush green tea and cardamom plantations in these hills of Kerala have an immediate calming affect. But they are studded with multi-storey buildings - hotels and resorts, most of them illegal, that draw lakhs of tourists to one of the few hill stations in the South.

As Munnar struggles to preserve its environment, a 30-year-old bureaucrat has quickly emerged as the sheriff rescuing a town in danger. Sriram Venkitaraman was posted to Munnar in July last year as a sub-collector. He has risked the wrath of local politicians from all parties, who have direct or proxy investments in the illegal hotels, and forced the removal of parts of resorts that encroach upon public land despite the police often refusing to cooperate. 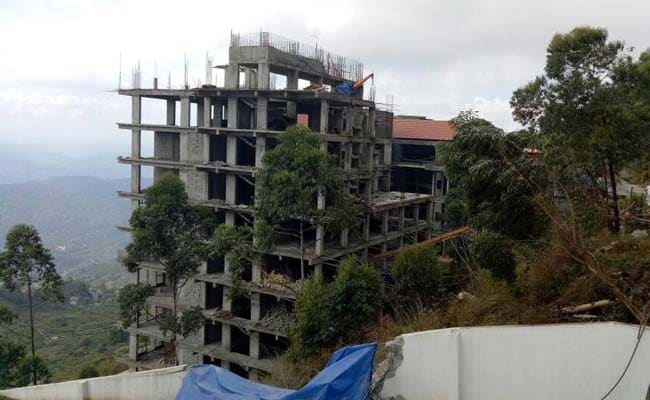 Munnar, one of the few hill stations in the South, is now studded with unauthorized construction and encroachments

Mr Venkitaraman trained as a doctor before joining the civil services. Locals say he is their hero - a Facebook fan page is evidence. But they refuse to speak on record about his efforts because they are worried about vengeful politicians and their representatives.

A young man in his 30s who asked not to be named, said, "What the sub-collector is doing is powerful. We are with him. I can show you also the encroachments, but I can't risk my life by speaking on camera. I am an ordinary man. Sriram sir will go, but I have to stay here with my family."

Mr Venkitaraman, who sports glasses and a beard, is often spotted riding his Royal Enfield, which adds to his image as a cool customer used to tackling the heat of a land mafia and its political patronage. "It's not difficult to tackle encroachments. As a revenue officer, I am just doing my job and going by the rule book. I am a doctor and chose to become an IAS officer because of the large canvas it offers to serve people. That's what I am doing", he said. 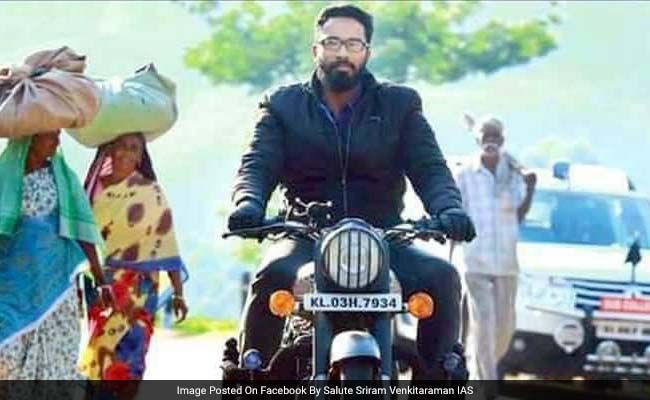 Less than a week ago, there was an open threat made by a minister MM Mani of the CPM. "Crosses, temples, mosques in this district are on lands without titles. If a fool of a sub collector thinks these places can be removed, he needs to be sent to a mental hospital," he said in a speech.

The sub-collector was reportedly even admonished by Chief Minister Pinarayi Vijayan after a cross was demolished on land that had been encroached. But Mr Venkitaraman says overall, the government is backing him. "I have received immense support from my immediate senior - the Collector to the highest in the government, including the revenue minister. I am strengthened in my resolve." 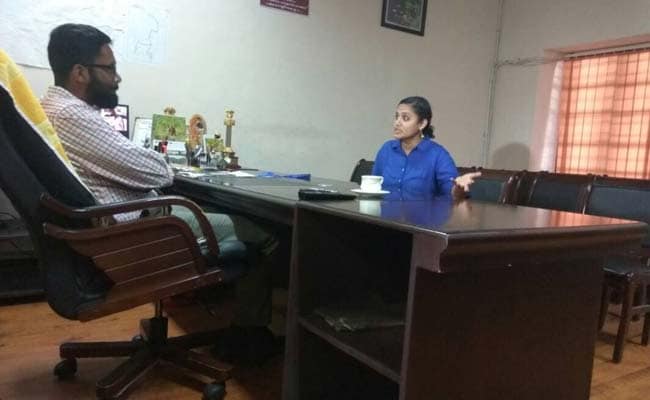 Speaking to Mr Sriram Venkitaraman at his office yesterday

Despite the opposition's support to the anti-encroachment drive, on the ground, the story is very different. It is the Left that governs Kerala. A CPM co-operative bank, a CPI  office and a Congress trade union office, all according to local records, are examples of violations of misusing the land commercially or by extending illegally onto public areas. But all three parties deny this.

Government employees in the area are sharing residential quarters. The reason - private players have encroached even the area meant to accommodate them.


Promoted
Listen to the latest songs, only on JioSaavn.com
(Sneha Mary Koshy is NDTV's Kerala correspondent.)