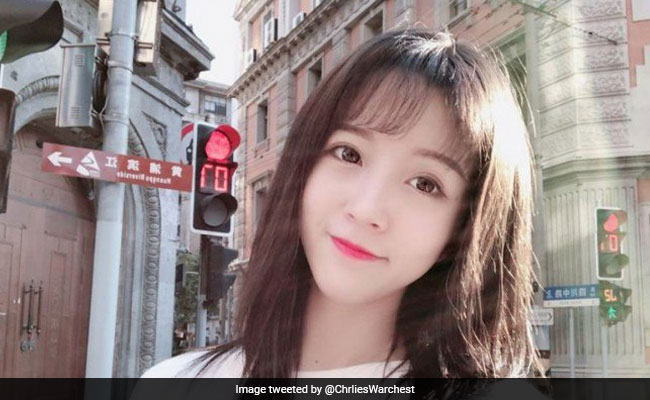 In America, the refusal by some NFL players to stand for the national anthem touched off a roiling, year-long national debate about racial injustice, patriotism and freedom of expression.

In China, a 21-year-old woman accused of "disrespecting" the national anthem sparked an immediate and draconian reaction: she was jailed.

Shanghai police said this weekend they punished Yang Kaili, one of China's most-followed online celebrities, with five days of "administrative detention" after she bumbled through the first line of the Chinese national anthem while wearing fuzzy moose ears and waving her arms cartoonishly during a live stream.

The offending segment, broadcast from what looked like Yang's bedroom on Oct. 7 to some of her 2 million followers on the "Huya" app, lasted barely 10 seconds. But it was enough to have violated China's new national anthem law that prohibits playing or singing the "March of the Volunteers" in a "distorted or disrespectful way in public," police said.

"The national anthem is an embodiment and symbol of our country, and all citizens and organizations should respect and defend the honor of the anthem," Shanghai police said in a social media announcement. "Live-streaming webcast is not lawless territory and users should obey the law and uphold moral standards. The police will resolutely crack down on such behaviors that challenge the legal bottom line or public order and good social morals, in order to purify the Internet's public sphere."

Yang's detention is the first high-profile instance of Chinese authorities enforcing the anthem law, which was passed last year after Hong Kong soccer fans booed and turned their backs at the national anthem when their squad played against China's national team. Those found disrespecting the anthem can be detained for up to 15 days.

The anthem law is one manifestation of how China's government under President Xi Jinping has emphasized nationalism and ideological discipline while cracking down on dissenting speech - or even jokes.

A Beijing historian, for instance, was prosecuted in 2016 for questioning the veracity of textbook stories about the Communist Party's wartime heroes sacrificing themselves while fighting Japanese invaders. Another writer was punished for cracking an online joke seen as disrespecting a legendary Communist soldier who died in the Korean War. Those cases provided the momentum for the government to pass a new law last year prohibiting anything would "damage the name, likeness, reputation or glory of heroes and martyrs."

Yang's mistake didn't amount to denigrating any martyrs in the Communist Party pantheon, but she nonetheless issued a profuse apology for the "stupid mistake" of hurting "the motherland, the fans, and the platform."

"What I did has hurt your feelings," she said. She later added that she would "perform self-rectification, draw lessons from the bitter experience, deeply reflect and fully accept education on ideological politics and patriotism."

Yang is part of a generation of irreverent, young online celebrities that has attracted huge online followings that, in some cases, dwarf those of YouTube stars and Twitch streamers in the United States. Some easily make six-figures. But they've also frequently attracted the ire of the Chinese government, which has frowned upon online personalities spreading gossip and lascivious content - and getting rich off it.

Yang, known by her ironic handle that translates to "Brother Li OvO," rose to fame covering pop songs on the live-streaming app Tik Tok, where she amassed more than 44 million followers. She later left the platform and joined Huya, which went public on the New York Stock Exchange in May.

(Except for the headline, this story has not been edited by NDTV staff and is published from a syndicated feed.)
Comments
Chinese national anthemYang KailiChina national anthem law