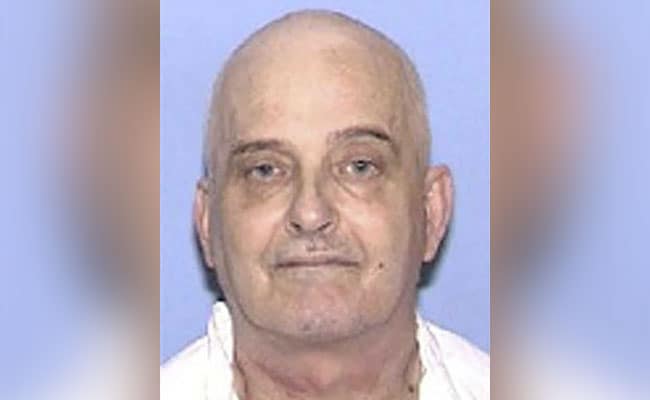 Bible, a serial rapist and child molester, was sentenced to die in 2003 for raping and murdering. (AFP)

Attorneys for the man dubbed the "ice-pick killer," who's scheduled to be put to death in Texas on Wednesday evening, are arguing that lethal injection would very likely result in a botched execution given the 66-year-old's plethora of medical problems.

Danny Bible's attorneys are proposing one of two alternatives that they say would be more humane: death by firing squad or nitrogen hypoxia - execution methods that are not legal in Texas, but have been allowed in a handful of states.

Bible, a serial rapist and child molester, was sentenced to die in 2003 for raping and murdering a young wife and mother in Houston more than two decades earlier.

Bible is suffering from heart failure, coronary artery disease, chronic obstructive pulmonary disease, Parkinson's, diabetes and several other illnesses. Scars from several surgeries have made it difficult, if not impossible, to access a vein during lethal injection. And even if the execution team manages to insert the needle, Bible's veins would likely explode once doses of saline and pentobarbital begin to flow, his attorneys argued in a complaint filed this month in a federal court in Houston.

Once Bible, who's confined to a wheelchair, is strapped to a gurney lying down, he will gasp for air and choke, attorneys said.

The attorneys were unsuccessful in convincing a federal judge and the U.S. Court of Appeals for the 5th Circuit to halt Bible's execution until state officials are able to establish new protocols for one of the proposed alternatives. Hours before Bible is supposed to be put to death, at 6 p.m. Central Time, his attorneys asked the Supreme Court to step in.

In a petition to the Supreme Court filed Wednesday morning, Bible's attorneys said delaying the execution would benefit the state. The Texas Department of Criminal Justice, they argue, "will avoid inflicting unnecessary, avoidable pain and suffering" on Bible - "and will avoid botching the execution."

"The risk that Mr. Bible will be subjected to an unconstitutional procedure outweighs [the state's] interest in carrying out his execution on the currently scheduled date," the attorneys wrote.

The Texas Attorney General's Office, which represents state prison officials, called Bible's request for delay "dilatory and substantively meritless" and said that although Bible's attorneys cited problematic and botched executions in other states, no such mishaps have happened in Texas. The Supreme Court, the state attorneys office argued, also should not overlook the fact that Bible has evaded justice for two decades.

"He should not be rewarded with a stay of execution simply because his evasion of authorities resulted in him reaching an older and more infirm age by the time of his execution," the state argued.

In his ruling denying Bible's request, federal district Judge Kenneth Hoyt wrote that Texas allows only one method of execution, and that's lethal injection. Switching to one of the proposed options would require a new law and new protocol.

Bible was sentenced to death for the killing of Inez Deaton, a 29-year-old wife and mother of a toddler, in 1979 in Houston. Bible raped her, stabbed her 11 times with an ice pick and dragged her body to a bayou, court records say. The case was unsolved for two decades, during which time Bible committed a litany of violent crimes, including killing his sister-in-law, her baby and her roommate, and raping his five young nieces.

In 1998, Bible confessed that he had killed Deaton while in custody for another rape in Louisiana, court records say.

In Oklahoma, death by firing squad is a last resort if other methods were deemed unconstitutional. Mississippi joined the two states last year.

A handful of states, including Oklahoma, Mississippi and Alabama, allow execution by nitrogen hypoxia, which involves placing a condemned person in a gas chamber and depriving them of oxygen. In March, Oklahoma made an unprecedented decision to use nitrogen gas to execute death row inmates after state officials had been unable to obtain lethal injection drugs.

If executed Wednesday, Bible would be the 12th man to be executed in the country this year.