Allegations of human rights abuses have emerged against the Nigerian military, in areas where Boko Haram extremists have been targeting civilians 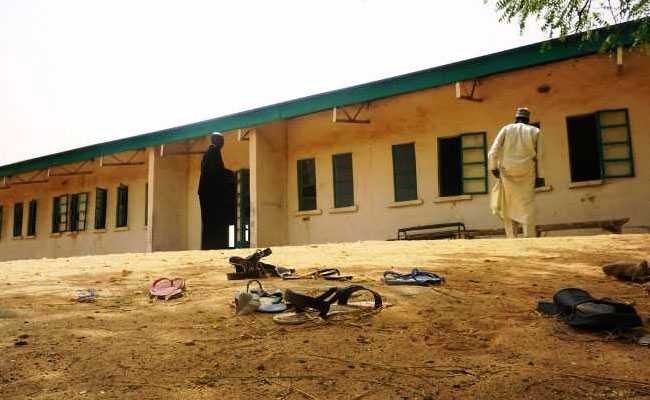 As the Nigerian military reclaimed territory from Boko Haram extremists, troops also opened fire on civilians, forcibly separated them from their families and burned down their homes, according to a report released by Amnesty International on Wednesday.

Soldiers and members of a militia working alongside the military also raped women and starved civilians, the human rights watchdog group said, in what amounted to war crimes and possibly crimes against humanity.

"It is absolutely shocking that people who had already suffered so much under Boko Haram have been condemned to further horrendous abuse by the Nigerian military," said Osai Ojigho, director of Amnesty International Nigeria.

A number of allegations of human rights abuses have emerged against the Nigerian military, especially in Nigeria's northeast, where Boko Haram extremists have been targeting civilians in violent attacks for nearly a decade. In 2015, the military revamped its efforts to push back the group, which once controlled a territory the size of Belgium.

Since then, Nigerian officials have repeatedly claimed that Boko Haram is defeated, even as the group continues to carry out deadly attacks. 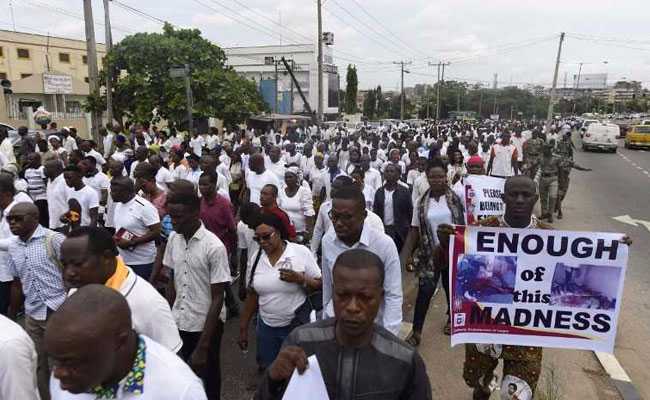 Nigerian government continued to withhold the findings of a an inquiry into potential human rights abuses. (AFP)

The conflict in Nigeria's northeast has killed more than 30,000 people and caused a massive humanitarian crisis across the Lake Chad region.

Amnesty's latest report, "They Betrayed Us," which is consistent with some accounts from journalists and other advocates, claims that as the Nigerian military cleared Boko Haram strongholds and moved civilians to remote "satellite camps," it denied them access to food and medical support - in many instances effectively leaving the civilians to die. Men were routinely detained and women then traveled without them to locations far from home.

In one satellite camp, called Bama Hospital Camp, Amnesty said that "at least hundreds, and possibly thousands," died of hunger and illness between 2015 and 2016. Civilians interviewed for the report suggested that 15 to 30 people were dying each day.

Those who survived had to go to extreme measures to acquire food and water for their families in some instances, and were at times either physically forced or coerced into having sex with soldiers and militia members. A pregnant 25-year-old said two soldiers raped her, one after she ignored his advances and one who cornered her when he found her collecting water. 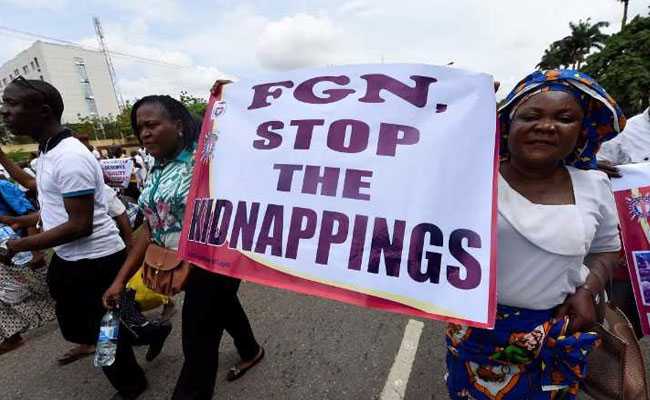 The conflict in Nigeria's northeast has killed more than 30,000 people and caused a massive humanitarian crisis. (AFP)

A married woman said a soldier raped her after he offered her food in exchange for sex and she refused. A 20-year-old woman said a member of a militia force aligned with the army raped her, saying he was entitled to sex because he gave her food and water.

Rape has been so widespread in the Bama Hospital Camp that half of the women Amnesty interviewed there who were under 30 had been raped or otherwise coerced into sex.

"They would say 'come with us,' and we would think of our children crying for food," one woman told Amnesty. "If you'd accept the food, he'd come back to have intercourse with you, and if you refused, he'd use force to rape you."

More than half the women said at least one family member died in the Bama Hospital camp; satellite images showed that the camp's cemetery rapidly expanded from the end of 2015 through 2016. Half of the women interviewed who lived in that camp during the hunger crisis said at least one child of theirs had died.

"Those who allowed this to happen may be guilty of murder," Ojigho said.

The Nigerian military vehemently denied the allegations in Amnesty's report, saying in a statement that "these false reports, which are capable of derailing the good work being done by our patriotic and selfless soldiers, must stop."

But some women interviewed said that one satellite location, known as the Bama Secondary School Camp, was "designed to make sexual exploitation easier, by separating young women from their in-laws and other people in the camp," the report said. "Women have said that if they complain, they risk being called a 'Boko Haram wife' and facing reprisals."

Other women accused of being married to Boko Haram fighters were arbitrarily detained in barracks in northeastern Nigeria for years. According to Amnesty's count, at least 32 children and five women have died in detention at one such barracks.

The military said in a statement that the report is "false" and accounts of rape are "fictitious."

Promoted
Listen to the latest songs, only on JioSaavn.com
But even as the military decried the report, the Nigerian government continued to withhold the findings of a an inquiry into potential human rights abuses in the northeast.