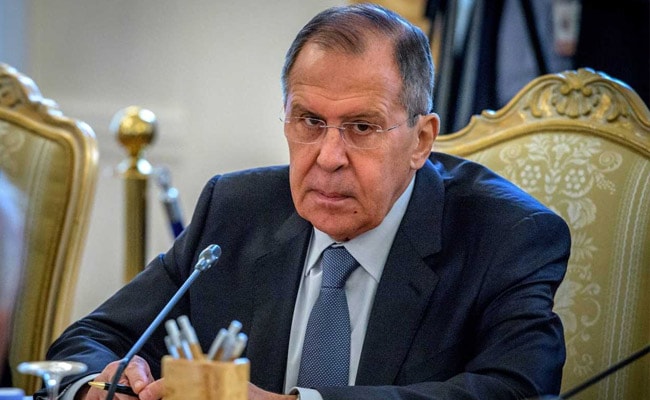 "Russian Foreign Minister Sergei Lavrov's official visit to the Democratic People's Republic of Korea will take place on May 31," the foreign ministry said in a statement on Wednesday.

Lavrov will travel to North Korea amid preparations for a high-stakes, high-drama summit between US President Donald Trump and North Korean leader Kim Jong Un.

Washington wants North Korea to quickly give up all its nuclear weapons in a verifiable way in return for sanctions and economic relief.

Promoted
Listen to the latest songs, only on JioSaavn.com
Pyongyang has a different view of denuclearization and remains deeply worried that abandoning its deterrent would leave it vulnerable, especially while the United States maintains a robust military presence in South Korea.

Young Whale Stranded In London's Thames Is Put Down