5 Of Imran Khan's Most Controversial Positions

Pakitan Polls: Pakistan's former cricket captain is viewed as something of a liberal in the West, particularly in Britain where the press remember his high-flying lifestyle and marriage to Jemima Goldsmith. 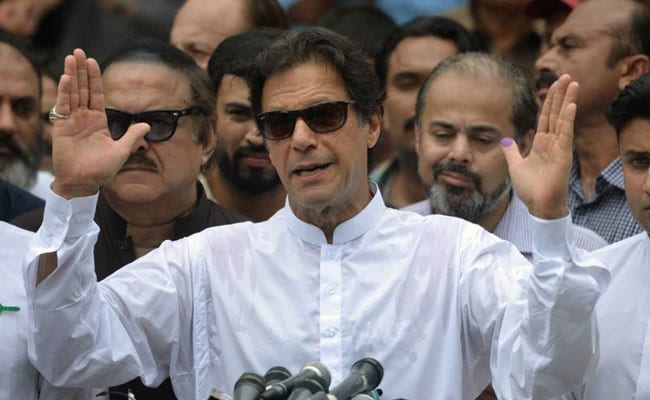 Pakistan Elections: Imran Khan has not shied away from firebrand rhetoric during his 22 years in politics

Pakistan election winner Imran Khan has not shied away from firebrand rhetoric during his 22 years in politics.

AFP picks five of his most controversial positions:

Pakistan's former cricket captain is viewed as something of a liberal in the West, particularly in Britain where the press remember his high-flying lifestyle and marriage to Jemima Goldsmith.

But Khan sparked outrage in January when he lambasted feminism as "a Western concept", saying in an interview that it had "degraded the role of mother".

Critics accused him of pandering to his conservative vote base.

Khan was accused of mainstreaming extremism by launching a full-throttled defence of Pakistan's controversial blasphemy laws, which carry a maximum penalty of death.

Just weeks before the election, Khan told clerics in televised comments that his Pakistan Tehreek-e-Insaf (PTI) party "fully" supports the blasphemy law "and will defend it".

"No Muslim can call himself a Muslim unless he believes that the Prophet Mohammed is the last prophet," he said -- a statement that raised alarm among the Ahmadi sect, who are persecuted for their belief in a prophet after Mohammed.

The ex-cricketer has earned the moniker "Taliban Khan" for repeatedly arguing for peace talks with terrorists and for his party's alliance with Sami ul Haq, the so-called Father of the Taliban whose madrassas once educated Taliban stalwarts Mullah Omar and Jalaluddin Haqqani.

In 2013, Khan even suggested that the Pakistani Taliban should be allowed to open an office in the country.

The previous year he had come in for criticism for his perceived lukewarm condemnation of the shooting of Malala Yousafzai, the Pakistani schoolgirl turned women's rights activist and Nobel prize winner.

He has claimed that the strikes have killed innocent civilians, something the American government denies.

In 2012 he was briefly removed from an international flight from Canada to New York and questioned by US immigration officials on his views about the strikes.

Khan was elected largely on an anti-graft ticket -- he has described corruption as a "security risk" to Pakistan.

But he drew flak for welcoming politicians from parties he has accused of being corrupt into PTI ahead of the election.

In April, Khan announced that he would refer 20 PTI lawmakers to an anti-corruption body after they were accused of selling votes during senate elections.