Prime Minister Theresa May said she was "appalled and shocked" by Dawn Sturgess' death and announced that it is now being investigated as a murder. 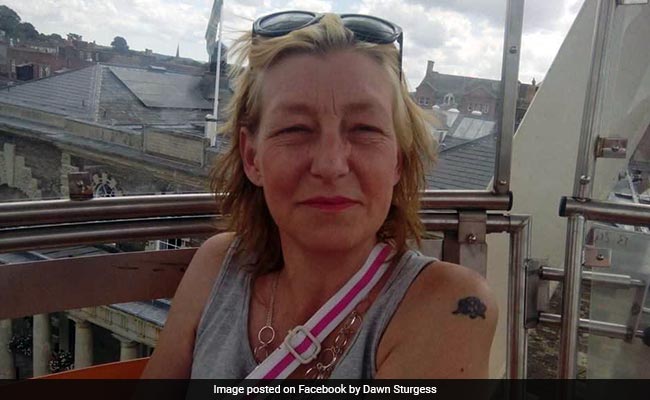 Dawn Sturgess 44, was one of five people who became seriously ill after being exposed to Novichok

A middle-aged British woman, who somehow came into contact with the Soviet-era nerve agent known as Novichok, died Sunday evening at a hospital in south England where she was being treated for exposure to the military-grade chemical weapon.

Prime Minister Theresa May said she was "appalled and shocked by the death," and announced that it is now being investigated as a murder.

Dawn Sturgess, 44, was one of five people who became seriously ill after being exposed to the nerve agent in the Salisbury area.

Former Russian spy and double agent Sergei Skripal and his adult daughter, Yulia, were poisoned four months ago in what British authorities deemed a deliberate attack. After reviving from comas, both were released from the hospital to an undisclosed location. A police sergeant involved in the investigation of the March incident was also hospitalized for exposure but released shortly thereafter.

Sturgess lived in a supported-living facility that helps residents struggling with alcohol or drug addiction. Police said she was exposed to the chemical last weekend, absorbing it through her hands. She survived eight days.

Her boyfriend Charlie Rowley, 45, was also exposed and became sick a few hours later. Rowley remains in critical condition and in a coma at the Salisbury hospital.

Friends told the British press that Rowley would often search dumpsters for items to barter or sell.

Specialists at the nearby Defense Science and Technology Laboratory at Porton Down, a military research facility, identified the agent used against the Skripals, Sturgess and Rowley as Novichok.

The U.N. chemical weapons watchdog confirmed the finding in the Skripal case.

The British government blamed Russia for the attack against the Skripals, and senior British officials said such an assault would not have been carried out without Russian President Vladimir Putin's knowledge.

"Either this was a direct act by the Russian state against our country," May said in March, "or the Russian government lost control of this potentially catastrophically damaging nerve agent and allowed it to get into the hands of others."

The death of a British citizen, caused by a Soviet-era nerve agent that could have been brought to English soil by Russians, comes as President Donald Trump prepares this week to travel first to Brussels for a NATO summit, then to the London area for meetings with May and the queen, followed by a meeting with Putin in Helsinki next week.

England is also preparing to play in a World Cup quarter final match in Moscow on Wednesday. British government officials decided to boycott the games after the Skripal poisonings.

Britain has not directly pointed the finger at Russia in the case involving Sturgess and Rowley, saying the investigation, led by the Counter Terrorism Policing Network, is ongoing.

One line of inquiry suggests that after the Skripals were attacked by the nerve agent, the assailants disposed of vials, ampules or a mixing kit - or some other contaminated items - and that Rowley and Sturgess found the material and were accidentally exposed.

Assistant Commissioner Neil Basu, the head of UK Counter Terrorism policing, said 100 detectives are working as quickly as possible to identify the source of the recent contamination.

"There is no evidence that they visited any of the sites that were decontaminated following the attempted murders of Sergei and Yulia Skripal in March this year," Basu said. "We are not in a position to say whether the nerve agent was from the same batch that the Skripals were exposed to."

The quiet medieval town of Salisbury is justifiable anxious about the second case of contamination and many are upset that the government repeatedly gave the "all-clear" when that may not have been accurate.

George Freeman, a Conservative lawmaker, tweeted that her death "raises quite serious questions" about the assurances from health officials that the risk to the wider public was low.

The Washington Post's Karla Adam contributed to this report.