Japan, US To Track China Navy's Activities, Drills With Russia 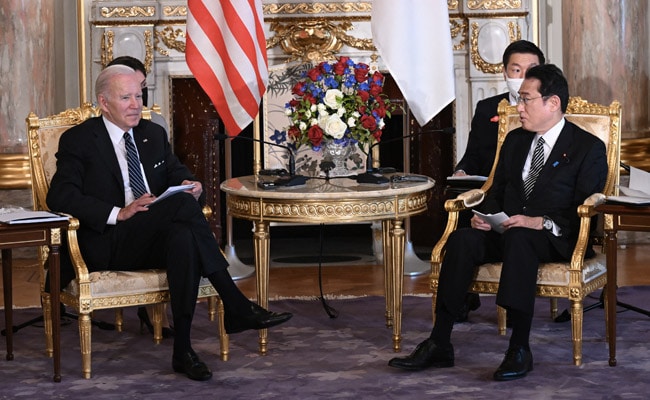 Japan and the United States "will monitor recent activities of the Chinese navy as well as movements related to joint exercises by China and Russia", Japanese Prime Minister Fumio Kishida said Monday after talks with US President Joe Biden.

"We strongly oppose attempts to change the status quo by force in the East China Sea and South China Sea. Furthermore, we agreed to jointly deal with various issues related to China such as human rights," he said.