Authorities have not specified the number of people killed during the November demonstrations, the broadest since the 1979 revolution that ushered in Iran's theocratic government. 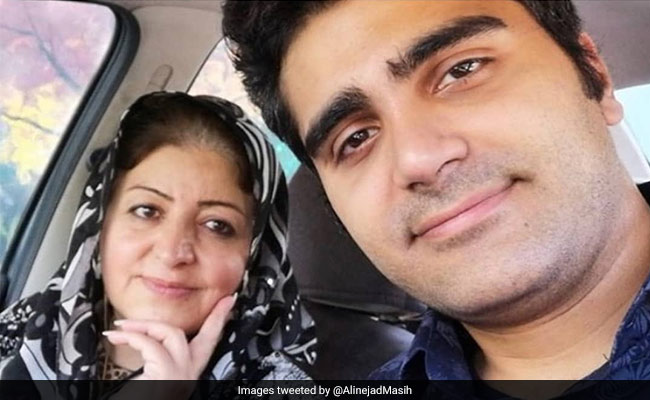 Pouya Bakhtiari died 40 days ago Thursday, shot in the head, his family says, during the anti-government demonstrations that briefly swept through Iran in mid-November. This week, his family wanted to honor the 26-year-old in accordance with Shiite tradition, marking the 40th day of mourning with a commemoration.

That seemingly simple tribute led to the arrest of Bakhtiari family members, according to Iranian media and human rights groups. On Thursday, Iran limited Internet and phone services in some major cities and put security forces on high alert for protests - or even unsanctioned acts of honoring the dead.

Authorities have not specified the number of people killed during the November demonstrations, the broadest since the 1979 revolution that ushered in Iran's theocratic government. Amnesty International has documented at least 305 deaths, and the London-based human rights group said the actual death toll is probably much higher. Three Iranian Interior Ministry officials told Reuters that about 1,500 people were killed, which another Iranian official dismissed as "fake news." In early December, authorities admitted to using lethal force but said it was only against "rioters."

From the start of the protests, burial rights have been a battleground. Hadi Ghaemi, executive director of the New York-based Center for Human Rights in Iran, said he received dozens of reports of authorities refusing to release the bodies of protesters or allow for independent coroners to asses the cause of death. Funerals and public mourning rites, the government worries, could spark more unrest.

Iranians have seen this before: During the 2009 anti-government demonstrations, or what's known as the Green Movement, families similarly fought with authorities over the right to mourn and record their obituary of the dead. During the 1979 revolution, waves of commemorations every 40 days for the slain helped sustain demonstrations.

This time around, many families in mourning have been intimidated by authorities to stay quiet, Ghaemi said. But the Bakhtiari family was undeterred. Last week, the Bakhtiaris used Instagram to invite ordinary Iranians and local and foreign media to join them at a cemetery in their hometown of Karaj, west of Tehran, on Dec. 26. It was an overtly political move in a country that has severely restricted reporting on last month's demonstrations and the government's swift and brutal crackdown.

Soon afterward, Manouchehr Bakhtiari, the Pouya's father, was summoned to the local intelligence and security offices in Karaj. Authorities ordered him to cancel the ceremony, warning that it could lead to unrest. The bereaved father refused.

Then, on Tuesday, authorities arrested several members of the Bakhtiari family, according to a report from the semiofficial Mehr News Agency. Mehr didn't name the members, but Ghaemi said those initially detained included Pouya Bakhtiari's mother, father, sister, brother-in-law, grandparents on his mother's side, three uncles and an 11-year-old cousin. By Thursday, all but the parents, sister and two uncles had been released, according to Ghaemi.

Mehr accused the detained of involvement in a "counterrevolutionary project" and "anti-structural activities."

"Consequently, these elements were arrested by a judicial order to protect the order and the security of the honorable people and others damaged by the rioters," the news agency reported.

Pouya Bakhtiari's grandparents on his father's side, along with other family members and supporters, still made it to the cemetery on Thursday. They were met by a heavy security presence, according to news reports, and some were arrested.

Activists who had visited the Bakhtiari family in recent days reported being subsequently followed and intimidated by authorities to restrict their movement, Ghaemi said.

On Tuesday, Secretary of State Mike Pompeo criticized the arrest of the Bakhtiari family members in a tweet.

"The U.S. strongly denounces the arrest of Pouya Bakhtiari's parents, and calls for their immediate release," he said. "It's time for the international community to stand together with the Iranian people and hold the regime accountable."

The U.S. strongly denounces the arrest of Pouya Bakhtiari's parents, and calls for their immediate release. It's time for the international community to stand together with the Iranian people and hold the regime accountable.

November's protests were sparked by a midnight increase in the price of fuel and quickly spread to more than 100 Iranian cities and towns, including communities considered the backbone of support for the ruling elite. The demonstrations laid bare Iranians' anger over government corruption and repression. Iran's economy has taken a big hit since the United States unilaterally withdrew last year from the 2015 nuclear deal between Iran and world powers; renewed U.S. sanctions have hurt Iranian officials and regular citizens.

In the wake of its crackdown on the demonstrators, Iran has been warily watching protests in nearby Iraq and Lebanon, which are threatening political proxies it funds in both countries.