High levels of radiation found in water at n-plant 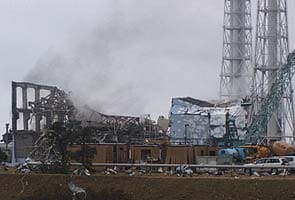 Fukushima/Tokyo: Workers at Japan's damaged nuclear plant raced to pump out contaminated water suspected of sending radioactivity levels soaring as officials warned on Monday that radiation seeping from the complex was spreading to seawater and soil.

Workers also discovered radioactive water in the deep trenches outside three units, with the airborne radiation levels outside Unit 2 exceeding 1,000 millisieverts per hour, more than four times the amount that the government considers safe for workers, TEPCO said on Monday.

The pits are designed as pathways to allow workers to lay out drainage pipes or electrical wires.

As officials scrambled to determine the source of the radioactive water, Chief Cabinet Secretary Yukio Edano said the contamination in Unit 2 appeared to be due to a partial meltdown of the reactor core.

A TEPCO spokesman said the presence of radioactive chemicals such as iodine and cesium point to damaged fuel rods as the source.

However, pressure inside the containers holding the reactors was stable, indicating any meltdown was only partial, a spokesman said, suggesting that the core remains largely intact.

Edano also said that the mistake made by TEPCO in measuring radiation at the plant "cannot be forgiven".

TEPCO officials reported early on Sunday that radiation in leaking water in the Unit 2 reactor was 10 million times above normal, a spike that forced employees to flee the unit.

But by the end of the day, officials said the huge figure had been miscalculated and a new test had found radiation levels 100,000 times above normal - far better than the first results, though still very high.

Promoted
Listen to the latest songs, only on JioSaavn.com
New readings show contamination in the ocean has spread about a mile farther north of the nuclear site than before.

Experts believe it could take weeks to clear out the radioactive water.