"Get Us Off, We Aren't Plague Victims": US Passengers On Coronavirus-Hit Ship

Coronavirus outbreak: Carolyn Wright's dream vacation to Hawaii on the Grand Princess quickly turned into a nightmare after the vessel became stranded off the coast of San Francisco following a coronavirus outbreak on board. 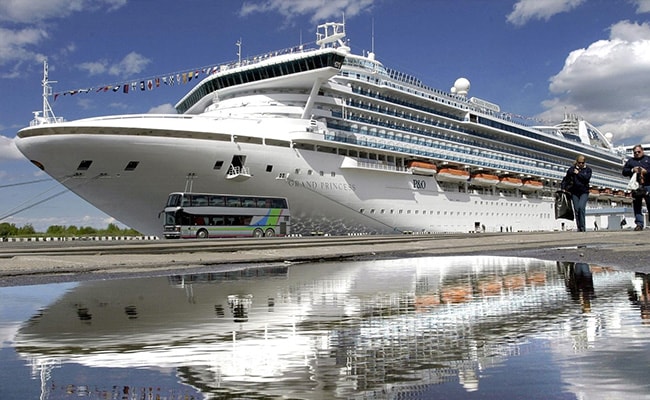 It was supposed to be a relaxing cruise with plenty of time to read, take in the sights and sip martinis.

But Carolyn Wright's dream vacation to Hawaii on the Grand Princess quickly turned into a nightmare this week after the vessel became stranded off the coast of San Francisco following a coronavirus outbreak on board.

"Every morning the captain is hoping to tell us where we're gonna land and when we're gonna land, and of course the day drags on and no news," the 63-year-old from New Mexico told AFP late Saturday, three days after passengers were confined to their cabins.

Although passengers initially did not panic on learning the ship might be suffering a rash of COVID-19 infections, the mood has soured as the Grand Princess idles off the coast following news that 21 out of 45 people tested on board had the virus.

"It feels like after three days we ought to at least have a timeline," she sighed.

Echoing criticism by fellow passengers on the handling of the crisis, Wright said it was taking way too long for authorities to decide where the ship should moor and what to do with the passengers and crew.

"He needs to get us off this ship," she said, referring to US Vice President Mike Pence, who has been put in charge of the government's response to the COVID-19 outbreak. "We are not plague victims."

"There is definitely options that would work as far as getting us off the ship and into some place where we are not putting other people at risk, and where we're not at risk."

Wright said while she and her traveling companion were lucky enough to have a window in their room, many more of the 2,422 passengers on board did not have that luxury.

"I feel bad for anyone who has any level of claustrophobia," she said. "I'm starting to think I'm so glad I've never had to go to jail."

She said crew members were trying their best to make the wait bearable by providing complimentary internet, movies and even exercise videos.

As for future holidays, Wright said after her experience on the Grand Princess, she wasn't sure she would push through with plans for another cruise this coming August.

"This trip has been miserable," she said. "This is definitely the worst vacation I've ever been on."