Coronavirus outbreak: The Costa Fortuna was first turned away from the popular Thai holiday island of Phuket Friday, despite there being no suspected virus cases aboard, according to its operator. 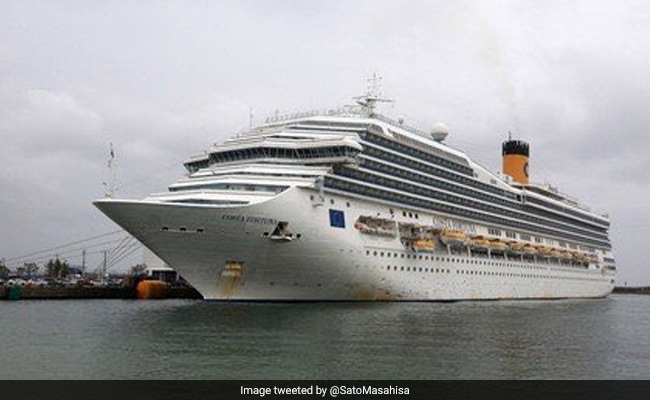 Costa Fortuna is carrying 64 Italians, according to Malaysian officials. (File)

Malaysia and Thailand have barred a cruise ship carrying about 2,000 people, including dozens of Italians, from docking due to fears about the new coronavirus, an official said on Sunday.

The Costa Fortuna was first turned away from the popular Thai holiday island of Phuket Friday, despite there being no suspected virus cases aboard, according to its operator.

Thai authorities had imposed restrictions "on Italians that have transited in Italy in the last 14 days", Costa Cruises said on Twitter.

The ship is carrying 64 Italians, according to Malaysian officials.

Italy has been hard hit by the virus with more than 230 fatalities, the most deaths from the disease of any country outside China, where the outbreak began in December.

On Saturday, the vessel tried to dock in the northern Malaysian state of Penang but was also refused entry, local politician Phee Boon Poh told AFP.

The decision was taken as Malaysia had decided to restrict entry of all cruise ships to the country's ports, he said. Malaysia's Star newspaper also reported a ban had been imposed.

After being denied entry by Malaysia, the ship was heading to neighbouring Singapore, said Phee Boon Poh.

The case has similarities with that of the Westerdam, a cruise ship that was at sea for two weeks and was rejected by five countries over fears its passengers could have the virus.

Cambodia finally allowed it to dock on the country's southern coast on February 13.

Worldwide, the total number of people with COVID-19 has passed 100,000 while 3,500 have died across 95 nations and territories.