China Opens Highway To Nepal Via Tibet, Ready For Military Use If Needed

China has been stepping efforts to improve road connectivity between Tibet and Nepal while speeding up plans to build a railway line connecting to Nepal's border after KP Sharma Oli, pro-China former Nepalese Prime Minister, signed a Transit Trade Treaty with Beijing last year during his tenure. 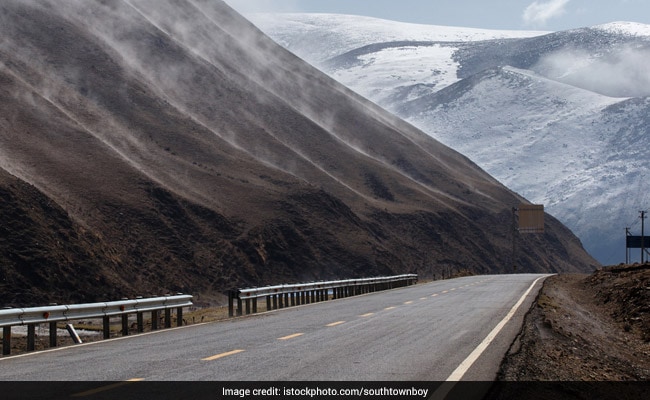 The new road connects the 5,476-kilometre G318 highway from Shanghai to the Nepal border

Beijing: China has opened a strategic highway in Tibet to the Nepal border which could be used for civilian and defence purposes, a move that Chinese experts say will enable Beijing to make forays into South Asia, according to a media report today.

The 40.4-kilometre highway in Tibet between Xigaze airport and Xigaze city centre officially opened to the public on Friday with a short section linking the national highway to the Nepal border.

The highway will shorten the journey from an hour to 30 minutes between the dual-use civil and military airport and Tibet's second-largest city.

State-run 'Global Times' quoted experts as saying that the highway "will enable China to forge a route into South Asia in both economic and defence terms" and being a forerunner to a railway line connecting Nepal.

Geographically, any extension of the road and railway connectivity to South Asia is through India, Bhutan and to Bangladesh.

Chinese officials have said in the past that the projects are feasible and could become a trade corridor for India and China if New Delhi comes on board.

The new road runs parallel with the Xigaze-Lhasa railway and links the city's ring roads with the 5,476-kilometre G318 highway from Shanghai to Zhangmu on the Nepal border, the report said.

As part of G318, the highway connects the border town of Zhangmu with Lhasa, the capital of Tibet. It can link with the future cross-border China-Nepal railway, said Zhao Gancheng, director of the Centre for Asia-Pacific Studies at the Shanghai Institute for International Studies.

The G318 with Xigaze in the middle connects to Nepal on one end and other end links to Nyingchi, the Tibetan town close to Arunachal Pradesh border. The highway runs very close to the border.

China has been stepping efforts to improve road connectivity between Tibet and Nepal while speeding up plans to build a railway line connecting to Nepal's border after KP Sharma Oli, pro-China former Nepalese Prime Minister, signed a Transit Trade Treaty with Beijing last year during his tenure.

Mr Oli signed the treaty at the height of the Madhesi agitation and their blockade of Indian goods to provide a major opening for China to reduce Nepal's dependence on India, even as the transportation of essentials through the Himalayan terrain of Tibet would entail heavy costs for Nepal.

However, since the fall of Mr Oli's government, China's plans to speed up its efforts to make forays into Nepal through infrastructure expansion slowed down even though Kathmandu signed up for Beijing's Belt and Road Initiative in May this year.

The 25-meter-wide highway between Xigaze peace airport and Xigaze has four double lanes and is classified a first-tier highway, the Tibet Financial Daily reported.

"Highways in China are of a high standard including the one in Tibet. It can be used by armoured vehicles and as a runway for planes to take off when it has to serve a military purpose," Mr Zhao said.

"The road is Tibet's first real highway. It is our gift toward the upcoming 19th National Congress of the Communist Party of China," Wei Qianggao, deputy head of the Tibet transportation department was quoted as saying by the Global Times.

As an important infrastructure programme in the 13th Five-Year Plan and a core section of Tibet highway network, the road will benefit the export-oriented economy of Xigaze and the complex traffic around Lhasa, Mr Wei said.

Promoted
Listen to the latest songs, only on JioSaavn.com
Over five years, the standard of highways in Tibet and the traffic network have been gradually improved, state-run Xinhua news agency quoted Wang Jinhe, another official from the Tibet transportation department, the report said.

China-Nepal TiesChina Road To NepalChina Highway To Nepal Via Tibet