Catching Fish And Keeping Faith: How A Teen Survived 49 Days At Sea

Aldi Novel Adilang, 19, was working alone in a floating fishing hut when its mooring broke. 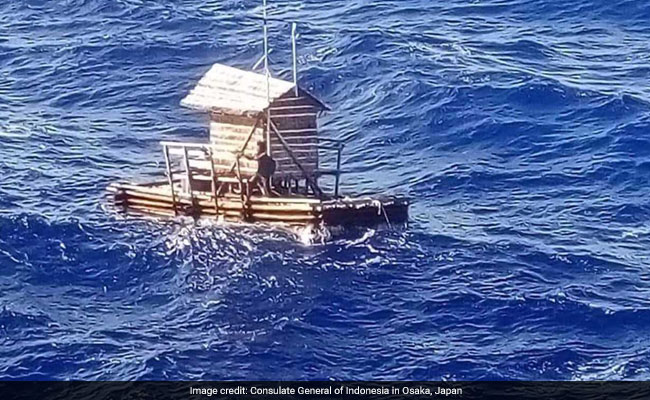 Aldi Novel Adilang survived 49 days at sea by catching fish and cooking it using wood from his hut.

It's a story out of a novel: Aldi Novel Adilang was stuck drifting at sea for nearly two months, with little besides a Bible and his own ingenuity to aid him.

The 19-year-old, from the Indonesian island of Sulawesi, worked on a floating fishing trap known as a rompong, maintaining lights on it to attract fish. He has worked on the small craft, which are generally anchored to the seabed, since he was 16.

Aldi typically spent much of his week on his floating hut out in the Bay of Manado. Each week, someone from his company would come to collect the fish. They also dropped off fresh food and water.

But a storm snapped his lines in mid-July, leaving him to float helplessly without a paddle, nearly 80 miles out in the bay.

According to the Guardian, the teenager caught fish and cooked it using wood from his hut. He filtered seawater through his clothing to remove some of the salt. And he watched, desolate, as ships passed close by without stopping.

"Aldi said he had been scared and often cried when adrift," Fajar Firdaus, a diplomat at the Indonesian Consulate in Osaka, Japan, told the Jakarta Post. "Every time he saw a large ship, he said he was hopeful, but more than 10 ships had passed him, none of them stopped."

Finally, after 49 days, Aldi succeeded in sending a radio signal to a passing Panamanian-flagged tanker in the waters off Guam, hundreds of miles from Sulawesi. (The radio was a gift from a friend, who gave it to him in case he was ever lost at sea.) Even his rescue was rough. Big waves made it hard for him to make the leap from his fishing hut to the boat. According to the Telegraph, he had to jump into the water and grab a line from a ship.

In an interview with Tribun Manado, Aldi said he thought he "was going to die out there." The teen said his mental health suffered; at one point he considered jumping into the ocean to kill himself. In those moments, he said, he recalled his parents' advice: When desperate, pray.

The teenager said he would refer to his Bible.

After his rescue Aug. 31, Aldi was taken to Japan. He returned home to Manado earlier this month, and officials say he is doing well.

"One 'No' Should...": Actor Brooke Shields Alleges Rape In New Documentary