The latest B&M sale was in January when Mr Arora and his family offloaded 234 million pounds ($261 million) of stock in the Luxembourg-based company. 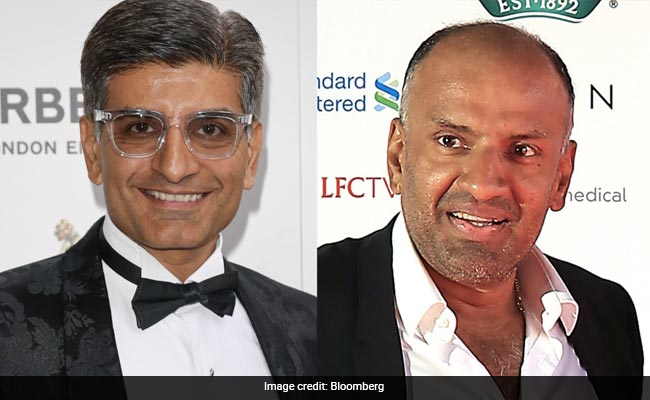 Simon Arora spent almost two decades transforming a money-losing retail chain into a European discount juggernaut, making the former McKinsey & Co. analyst and his family one of the UK's richest.

But lately the company that made them rich - B&M European Value Retail SA - is struggling as a cost-of-living crisis, plunging pound and surging mortgage rates rattle consumers. The stock is down more than 50% this year, and Mr Arora just retired as chief executive officer after signaling in April he planned to stay on for a further 12 months.

For Mr Arora, 52, his brother Bobby and their family, the painful slide has been softened through efforts in recent years to shift their wealth from B&M stock into other investments, including exchange-traded funds, corporate bonds and real estate.

The latest B&M sale was in January when Mr Arora and his family offloaded 234 million pounds ($261 million) of stock in the Luxembourg-based company. They've sold a total of about 2 billion pounds worth of shares over the past decade, including in B&M's London listing in 2014.

Mr Arora and his brothers - Bobby, 50, and Robin, 37 - now have a combined fortune of about $2.7 billion, with only about 9% tied up in B&M shares, according to the Bloomberg Billionaires Index.

"Simon Arora is a clever guy and he took advantage of a niche in the market" for discount retail, said Tony Shiret, an equities analyst at Panmure Gordon who has a sell rating on the stock. "Him bailing out now and selling his stake down suggests we're getting to the end of that window."

The Arora family didn't respond to a request for comment through B&M representatives.

B&M warned in May that earnings will fall this year as the higher cost of living dents customer demand for big-ticket items such as beds and hot tubs, and shifts spending toward essentials like food and smaller consumer goods. After surging during the pandemic, B&M is among the worst-performing stocks on the UK's benchmark FTSE 100 Index this year.

By diversifying their wealth, the Aroras are preserving the fortune they've made from B&M, which has more than 700 stores across the UK and France selling household goods at cheap prices.

Their holding company, SSA Investments, had & 50 million pounds in a Vanguard ETF at the end of last year and 197.8 million pounds in bank accounts, mostly in those offering higher-than-average interest rates, recent filings show.

SSA bought a quarter of B&M's 400 million pounds high-yield debt in 2020 then sold about half of its investment the next year to a company controlled by a family trust for Simon Arora. SSA disclosed in June that it spent about 50 million pounds investing in another high-yield B&M bond issued at the end of 2021. The prices of both securities have slumped more than 15% this year and are now trading near record lows.

The Aroras have also bought properties in London's exclusive Belgravia district and collected more than &#163;20 million in interest over the past decade from shareholder loans issued to SSA.

Simon Arora, a Cambridge University law graduate, bought B&M in 2004 with his brother Bobby. At the time, the retailer largely sold close-out inventory and surplus goods.

The siblings introduced new product lines, such as toys and pet goods, and lowered prices by establishing direct relationships with overseas suppliers. They also opened up stores outside of city centers, allowing customers to load up their cars with more items.

"We're good at supply chain," Simon said in a May earnings call. "That's our magic sauce."

The family began shifting their fortune away from B&M in 2012, when they sold a 60% stake in the retailer to US private-equity firm Clayton Dubilier & Rice for about 575 million pounds. They received almost 500 million pounds through B&M's listing in 2014, after which Simon and Bobby transferred their remaining holdings to SSA, set up the month before the initial public offering.

B&M moved its corporate registration in 2014 to Luxembourg, which offers tax breaks on capital gains for major shareholders of local businesses, while keeping its operational headquarters in Liverpool. The company continued to expand after its listing, buying UK frozen-food business Heron Foods in 2017 and French discount retailer Babou the following year. It sold its German division in 2020 due to mounting losses.

"Simon has done well in making B&M a growth company," said Conroy Gaynor, a consumer analyst at Bloomberg Intelligence. "If you think about what's happened with retail over the past 20 years, there aren't that many expansion stories. This is one of them."

Simon Arora, who has said his father arrived in the UK from India with about 10 pounds in his pocket in the 1960s, has offered few details of his next steps. Outside of business, he's a trustee along with Bobby of his family's namesake UK foundation, which counts health and education among its areas of interest, as well as another run by his wife that targets issues around social inequality.

In a 2015 interview with McKinsey, he offered his perspective on when to leave a company.

"In business, those who do well are those who understand where their businesses are in the cycle, and time correctly either their exit from or entry into that business," he said.