The claim will pile further pressure on Boris Johnson over what he knew when he appointed Christopher Pincher to a role involved in enforcing discipline and offering pastoral care in the governing Conservative Party. 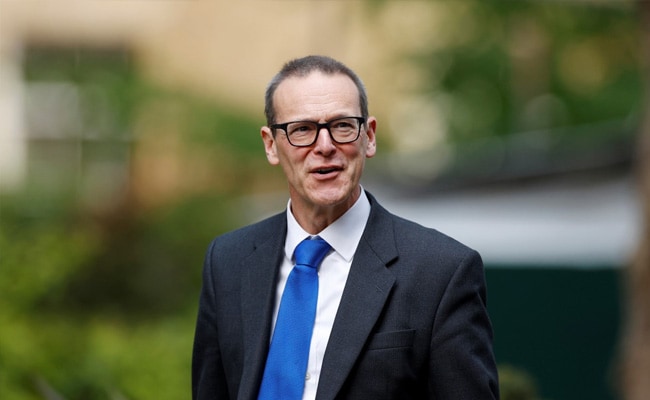 Sir Simon McDonald is the Head of the Diplomatic Service at the Foreign and Commonwealth Office.

A former top Foreign Office official accused Boris Johnson's office on Tuesday of lying over whether the British leader knew about earlier complaints of sexual misconduct made against a minister who resigned over his behaviour last week.

The claim will pile further pressure on Johnson over what he knew when he appointed Christopher Pincher to a role involved in enforcing discipline and offering pastoral care in the governing Conservative Party, at a time when many of his lawmakers are increasingly frustrated at his scandal-ridden administration.

"No 10 keep changing their story and are still not telling the truth," Simon McDonald, who served as Permanent Under-Secretary to the Foreign Office at the time Pincher was a junior minister there, said on Twitter.

McDonald said there was investigation into Pincher in 2019 and that "Mr Johnson was briefed in person about the initiation and outcome of the investigation".

Pincher resigned as Deputy Chief Whip last week saying he had drunk too much, embarrassed himself and "caused upset" to people. British media reported that Pincher had sexually assaulted two male guests at a London club.

Newspapers have since reported he had faced several previous allegations of sexual misconduct. Pincher, who has been suspended by the Conservative Party, has not responded to requests for comment.

Last week, Johnson's office said he was not aware of any specific complaints against Pincher before appointing him, before on Monday saying he was aware of "some allegations that were either resolved or did not progress to a formal complaint".

"In the absence of a formal complaint it was not appropriate to stop an appointment on the basis of unsubstantiated allegations," Johnson's spokesman said on Monday.

"In the summer of 2019, shortly after he was appointed minister of state at the Foreign Office, a group of officials complained to me about Mr Pincher's behaviour ... An investigation upheld the complaint; Mr Pincher apologised and promised not to repeat the inappropriate behaviour," he said in a letter to the Parliamentary Commissioner for Standards.

"Mr Johnson was briefed in person about the initiation and outcome of the investigation," he added. "Mr Pincher was not exonerated. To characterise the allegations as 'unsubstantiated' is therefore wrong."

Deputy Prime Minister Dominic Raab, who was Foreign Secretary at the time of the 2019 complaint against Pincher, said on Tuesday it had not resulted in formal disciplinary action and that he was not aware Johnson had been told about it.

"Mr Pincher deceived me and others in 2019," McDonald said in the letter, which he posted on Twitter. "He cannot be allowed to use the confidentiality of the process three years ago to pursue his predatory behaviour in other contexts."