These 50 Beached Whales Perish Because Of "Ocean Warming'

A pod of 80-90 whales were spotted on Thursday on the shore of remote Chatham Island, about 800 kilometres east of the South Island, the Department of Conservation said 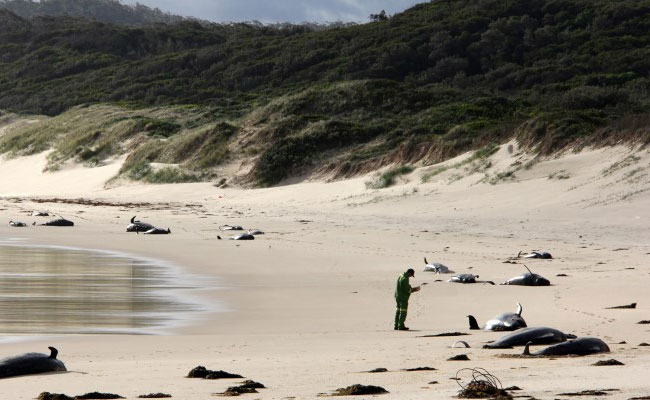 More than 50 pilot whales have perished in another mass stranding in New Zealand, taking the death toll of beached marine mammals to over 200 in the past week, wildlife authorities said today.

A pod of 80-90 whales were spotted late Thursday on the shore of remote Chatham Island, about 800 kilometres east of the South Island, the Department of Conservation said.

It is the fifth stranding in New Zealand in less than a week, including 145 pilot whales which all died after they beached last weekend at Stewart Island, off the southern coast of the South Island. 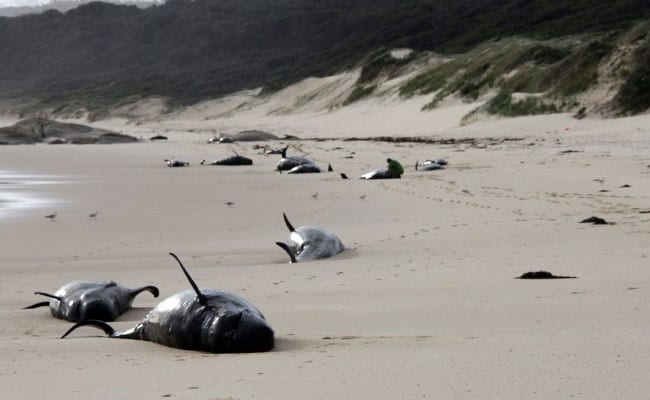 One of the surviving whale was in poor condition and was euthanised, said wildlife officials.

By the time rangers reached the latest group of animals early Friday 50 had died, one remained stranded but alive and the rest had refloated themselves and returned to sea.
Department of Conservation manager Dave Carlton said the surviving whale was in poor condition and was euthanised.
"It was the most humane thing to do. This is always an awful decision to have to make," he said.

The reason whales and dolphins strand is not fully understood but factors can include sickness, navigational error, geographical features, the presence of predators, and extreme weather.

In addition to the strandings at Chatham and Stewart Islands this week, a group of 12 pygmy whales also beached in New Zealand's far north and a sperm whale and a pygmy sperm whale grounded themselves in separate incidents on the North Island.