Results of the closely-watched Gujarat elections came out on Monday, bringing a decidedly lower margin of victory than last time. The BJP crossed the 92 seats it needs for a majority in the 182-member Gujarat assembly, but struggled to make the psychological 100 mark, ending with 99 seats. The Congress performed their best in the state in 32 years, getting 80 seats. Many analysts have called the election a pivotal moment: a hugely important election not only for Gujarat but also for national politics. The win for the BJP was seen as reviving the momentum for Prime Minister Narendra Modi and party chief Amit Shah in the run up to the next Lok Sabha elections.

Prannoy Roy: Why is the BJP's win a setback, and why is going down considered to be going down fighting? We aim to find the answers. 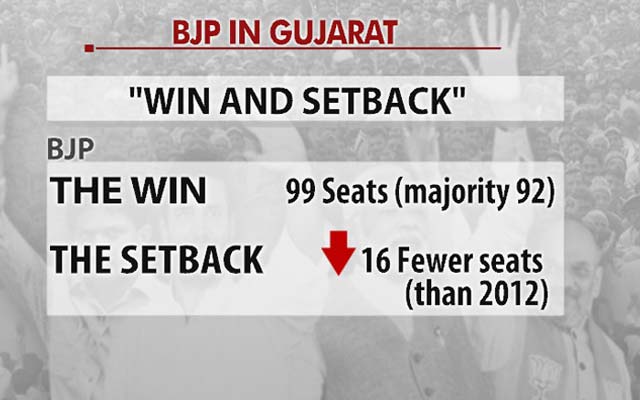 Even though the Congress lost Gujarat, it was a result better than last time. In fact, this is the best performance by the Congress in Gujarat since 1985. 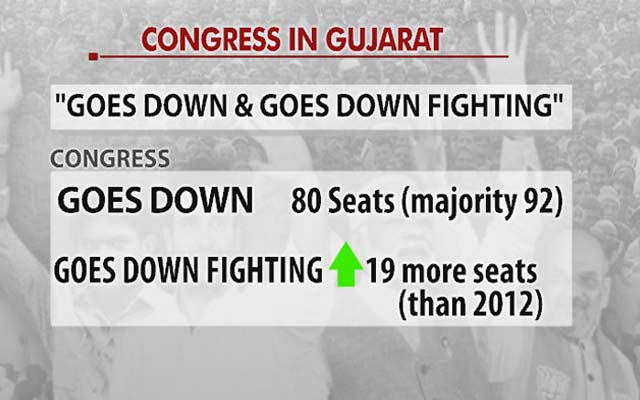 The narrative of this election is all about Saurashtra, says Prannoy Roy 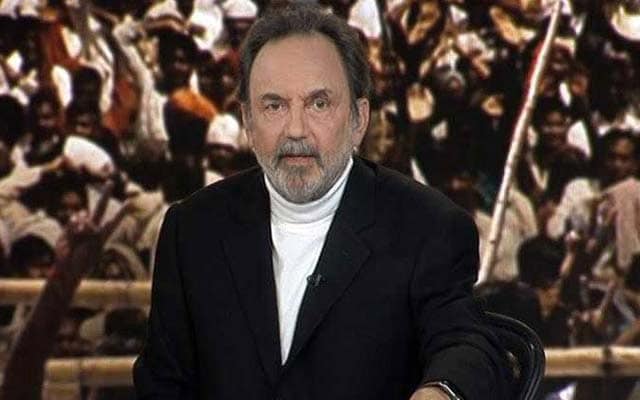 The BJP lost 13 seats in Saurashtra, while the Congress gained 15 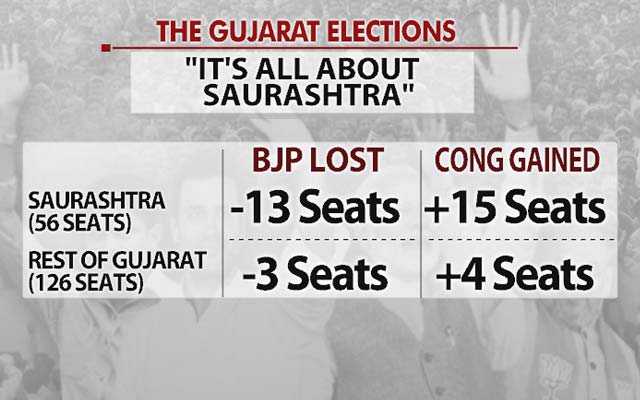 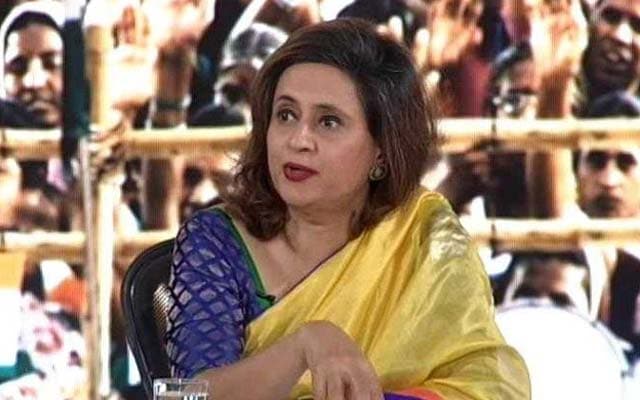 • I am happy the Congress campaigned with great dignity

• It is for the first time that despite such a result, people are congratulating us 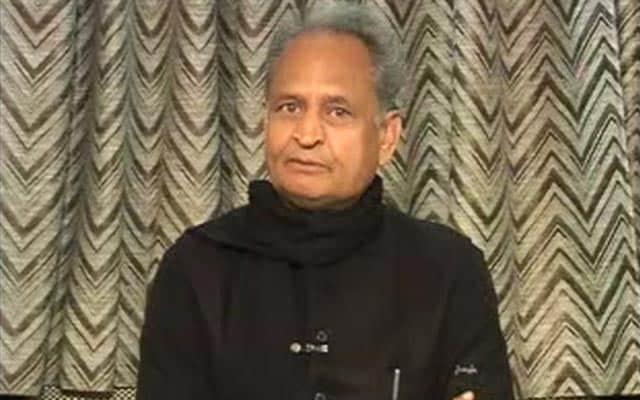 The Congress culture is of respecting the office of the PM, says Ashok Gehlot

• In two to three days, we will conduct a post-mortem of our performance and then we will be able explain the results completely

How phase 2 campaigning affected the result in Gujarat 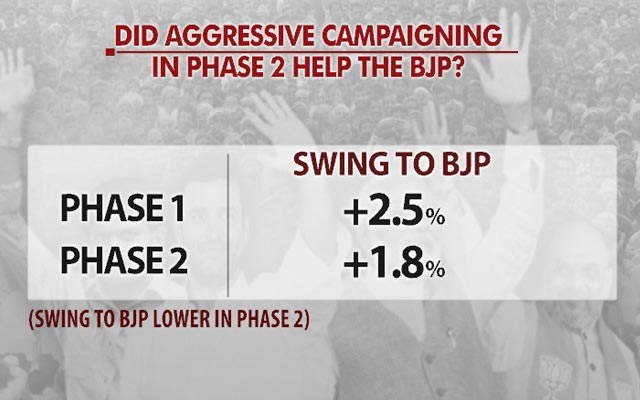 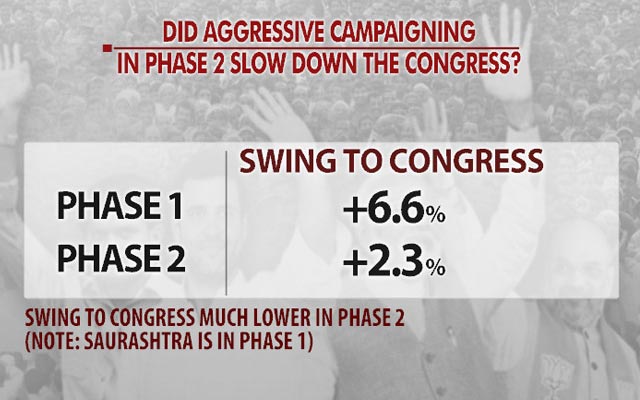 Journalist and author Nilanjan Mukhopadhyay says, "The Congress did not have answers for the awkward questions BJP was raising" 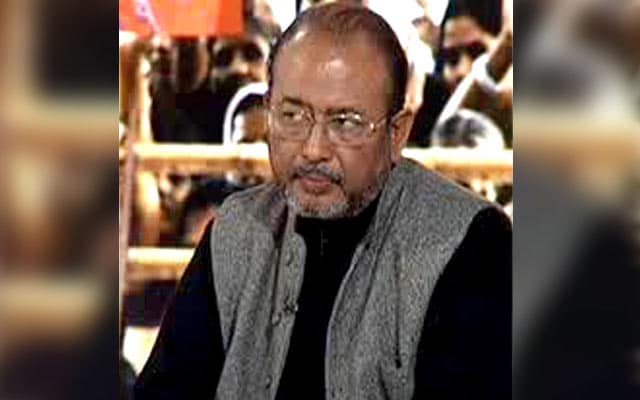 Nearly 80 per cent of voters decide who to vote for very early on, says BJP's Seshadri Chari 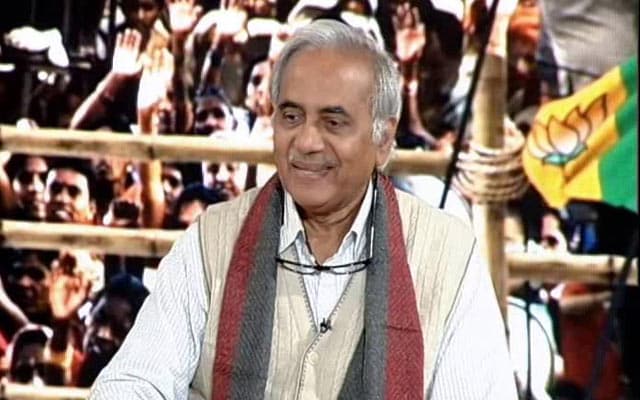 Some BJP voters did not feel as strongly to make the BJP lose, says senior journalist Shekhar Gupta 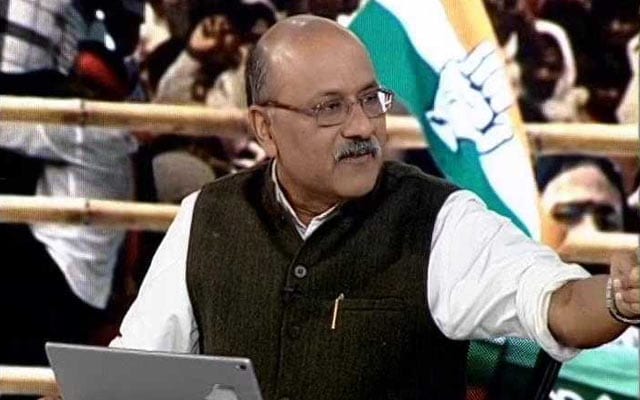 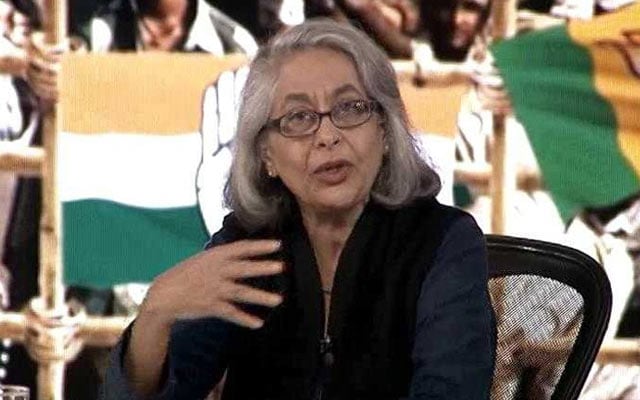 Seshadri Chari says, "There are some factors which should be rectified in time... Anti-incumbency is a factor."

BJP has to face the headwind of GST and Demonetisation, says Seshadri Chari.

Senior BJP leader Chandan Mitra says there was a lot of anger in Surat. "But BJP rectified these things very fast," he adds.

The GST factor in Gujarat elections 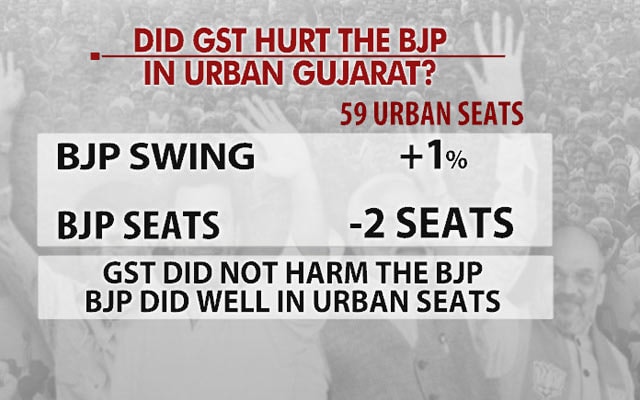 Senior journalist Arti Jerath says this time there was a much clearer rural-urban divide in Gujarat.

"There has been a feeling among people that BJP turned very arrogant. Most fingers are turned to Amit Shah and state leadership," says journalist and author Nilanjan Mukhopadhyay.

Jignesh Mevani says people love to see the youth coming into politics. "Same is the case with Hardik Patel. That's why they loved us," he says 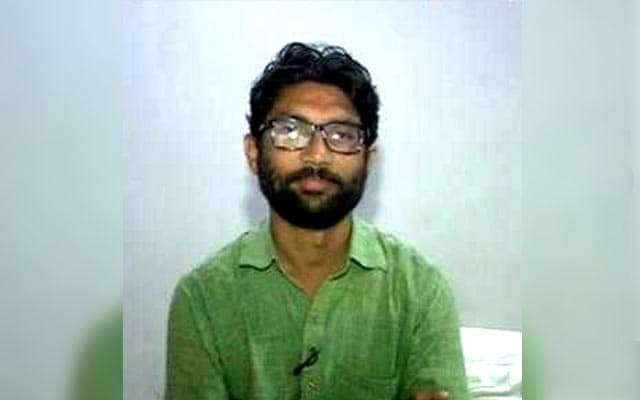 • No matter how strong your voice is in the streets but you need to have voice in the House. I will become a voice of the voiceless in the assembly

• This result will have a tremendous effect in 2019. Gujarat model is exposed like never before and first time the BJP came down to double digit numbers

• We (Hardik, Alpesh) are not just representing the particular castes but the people of Gujarat

• I don't know why I have been given the Dalit tag. Mobilisation on the lines of caste leads to more alienation. I want to work beyond caste across the country along with everyone to contain the fascist BJP

Caste, and how it mattered in Gujarat elections 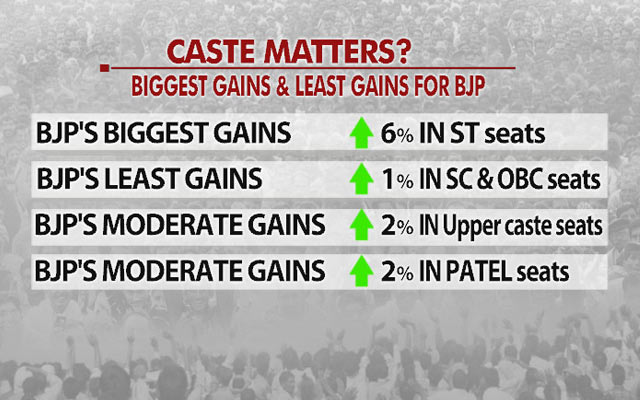 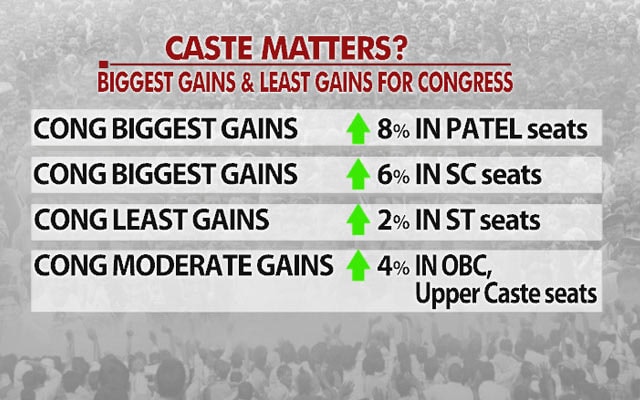 "In Scheduled Tribe seats, the BJP made a breakthrough. This was the biggest weakness of the party," says Chandan Mitra. 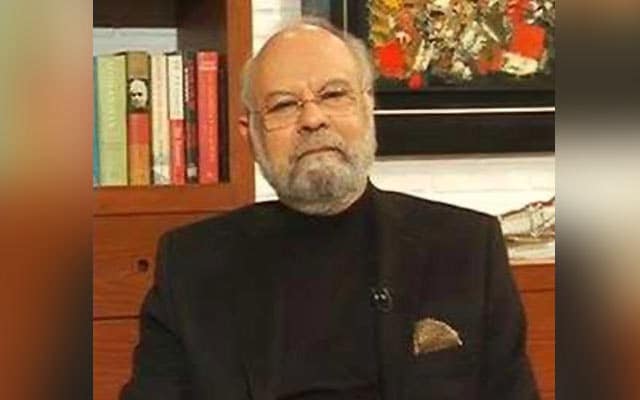 • I don't see the BJP getting majority in 2019. Coalitions are going to come back. The age of arrogance is over. There is huge anti-incumbency

• BJP needs a Vajpayee touch for a rainbow coalition. I am sure they will rectify it before 2019

BJP's loss confined to in and around Saurashtra, says Arun Jaitley 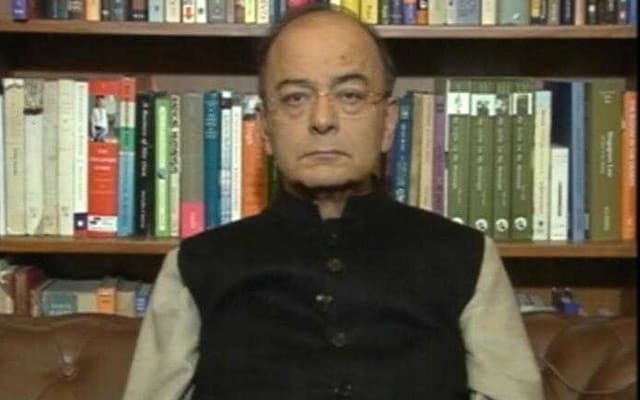 • This could be because of agrarian reasons. We will analyse that

• Hardik Patel's caste campaign was a very vicious one

• Would've been happier if we won more seats personally

• The old system was so oppressive, GST removed all that

Indrani Mukerjea, Accused Of Murdering Daughter, Out Of Jail On Bail