Finance Minister Nirmala Sitharaman on Friday presented the Economic Survey, detailing the state of the economy ahead of the Budget, on February 1. The Economic Survey has forecast a "V-shaped" recovery for the Indian economy and real GDP growth of 11 per cent in 2021-22, on the back of the roll-out of a massive vaccination drive against the coronavirus. Prannoy Roy and a panel of experts analyse the survey, and discuss what major policy decisions need to be taken to bring the economy on a growth trajectory.

Here are the highlights of Dr Prannoy Roy's analysis:

Dr Roy: It says that the imposition of the lockdown was swift and effective. It says that it was humane as it was focussed on saving lives instead of livelihood, however, it doesn't mention the migrant crisis caused by the same lockdown. 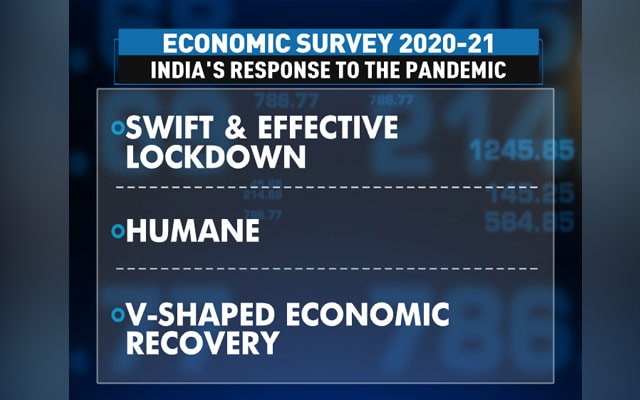 Good: India's V-shaped recovery; Worrying: India will be behind developing countries in 2021. 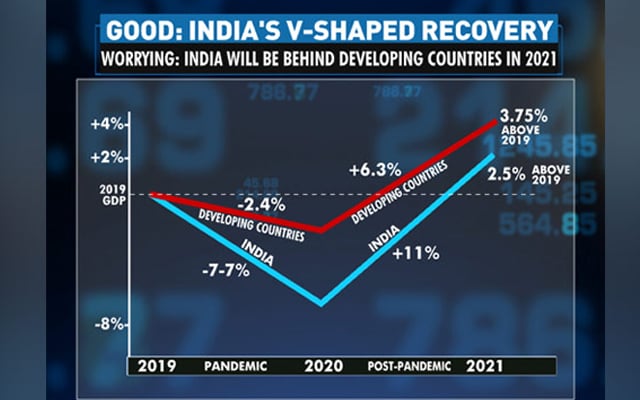 Dr Roy: The survey also mentions a V-shaped recovery - down sharply and then up sharply. 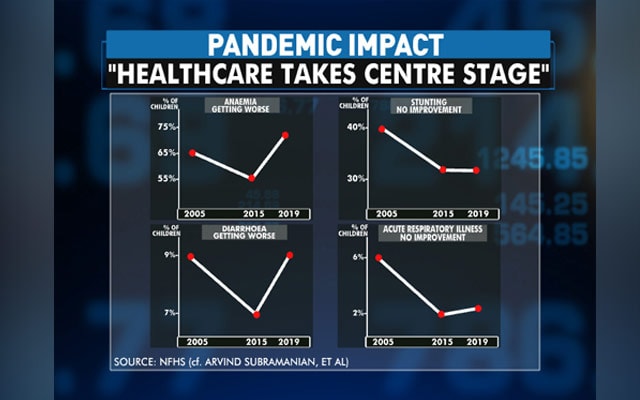 "In the first quarter we had a world record, we went down almost 24%. It is very difficult to recover from a drop so enormous. Frankly, 7-7.5% isn't that bad seeing how terrible we were": Dorab Sopariwala, Editorial Advisor, NDTV

Yamini Aiyar: The survey has been written against the backdrop of a very trying time for Indian economy and its people. In that context, no doubt the lockdown was swift and effective as there was a complete freeze on most of the economy but the consequences of that when you close an economy for saving lives where most of the people are employed in the informal sector, we need to ask what saving lives means? 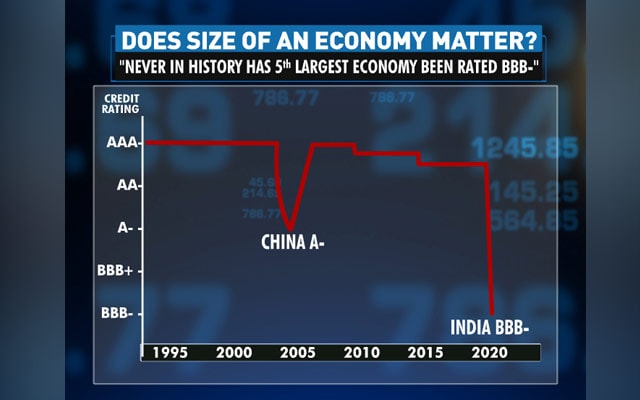 Dr Arvind Virmani: At the onset, the scientific knowledge was very very poor. The data now on pandemic, firstly compared to all developing countries, per capita case and death is much much lower. Where other countries are having 2nd and 3rd peaks, ours is going downwards. But we can't lower the guards. We need to provide incentive for a better-quality filtration system. We need to be careful till 70% of our people are vaccinated.

Dr Omkar Goswami: I have never known of an economic survey which was seriously critical of the government, there has never been one. The positive part is, I expected a much worse survey but it was better than what I expected.

Suman Bery: What I am missing is chapter 1, as you know in the US, the Biden campaign is talking about building back together, I am not left with a sense of how the future will be different from the past. As I look at where we are and where we want to get, I basically see a rebound and then a recovery. You are not going to get a response from the private sector unless you talk about rebuilding...To declare that India will have a V-shaped recovery, I would say it's way too early to let our guard down. 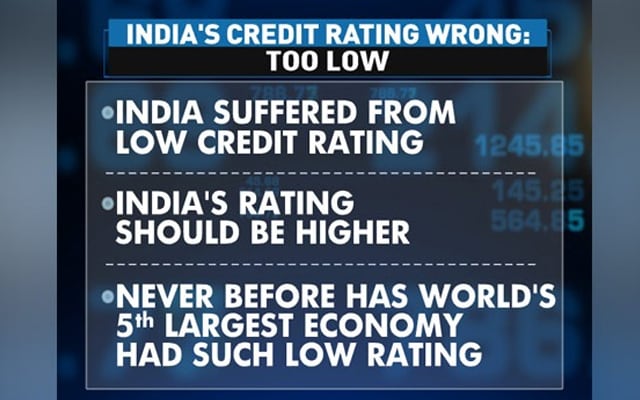 Shekhar Gupta: Nobody had vested interest in giving India a lower rating. The fact is that we messed up, we took money out of the RBI. An arbitrariness has come in the financial matters. There's no point in saying I was number 5, China was number 5, and now the ratings are different.

Shekhar Gupta: I think the world really wants to grow. But to say that the world is against us is totally wrong. The system is lacking some enablers. As far as growth and poverty is concerned, growth reduces poverty, but growth also increases inequalities. So, when wealth comes, tax it and redistribute it. 13 lakh crores have been distributed through direct bank transfer - that money is through increased excise tax when the crude oil price was falling. This government is good at politics and bad at economics.

Yamini Aiyar: We need to focus on how we build an economy where all of the country is the part of the trajectory and not just the above 10%.

Omkar Goswami: Much of this data comes from the World Bank, while we improved in several of them, we do pathetically in the rest. We spent a long period of our times in license control. You can't do things without interfacing with the state. While setting up business, one has to deal with people giving permission and India has a lot of people who feel powerful about giving and not giving permission.

Dorab Sopariwala: People just don't want to let go here. Like we have Coal India, which is still not privatised. We are strangulating ourselves and our economy.

Shekhar Gupta: This government, much more than the previous governments, looks with suspicion at anybody doing business. There's a lot of talk about ease-of-doing business but setting a company is still a challenge in our country.

Markets Slide Over 3% As Covid Spike, Fears Of Lockdown Spook Sentiment
ALSO WATCH
Future Of Our Country Depends On Education Of Our Children: Prannoy Roy