Suspect in Ferguson, Missouri Shooting of Police Appears in Court 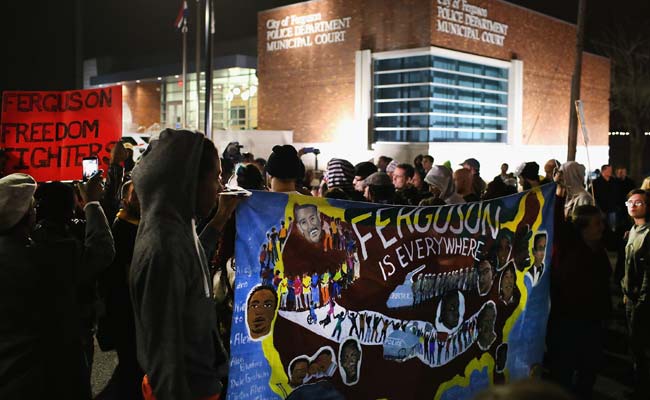 The man accused of wounding two policemen during a protest rally outside the Ferguson, Missouri, police headquarters last week appeared in court on Monday briefly and did not enter a plea.

The shooting was the latest in violent incidents that have punctuated months of demonstrations in Ferguson, a St. Louis suburb, since a white police officer shot dead unarmed black teen Michael Brown during a confrontation in August.

Jeffrey L Williams, 20, has admitted to firing the shots that wounded the officers early on Thursday and also told authorities he was not shooting at police, Prosecuting Attorney Robert McCulloch said on Sunday after announcing the arrest.

Williams did not give any statements on Monday during his brief appearance before Judge Joseph Dueker in St. Louis County Circuit Court. He is charged with first-degree assault and his bond is set at $300,000.

Police had called the shooting an "ambush" of the officers, who were standing side by side, by a gunman embedded with protesters, but McCulloch said on Sunday Williams may have been shooting at someone else.

Several long-time activists have said they did not recognize or know Williams as a protester. "He never protested before," Bishop Derrick Robinson, an activist, told CNN on Monday.

The shooting of the officers, who were treated at a local hospital and released, followed a flurry of resignations and protests in the week since the US Justice Department released a damning report accusing Ferguson of racially biased policing.

The Justice Department, which launched an investigation after Brown's shooting, found pervasive racial bias in Ferguson's policing and municipal court practices. Its police force is mostly white and two-thirds of residents are black.

Williams, who had been on probation for possession of stolen property, is accused of firing shots early Thursday from a car just as a rally after Jackson's resignation was breaking up.

Promoted
Listen to the latest songs, only on JioSaavn.com
The Justice Department said Ferguson police overwhelmingly arrested and issued traffic citations to black residents to boost revenue through fees and fines, helping to create a culture of distrust that exploded with Brown's shooting.

Demonstrations erupted into arson and looting after Brown's shooting in August and again in November when a grand jury declined to bring charges against Officer Darren Wilson.
© Thomson Reuters 2015