Raid by Russian services leads to criminal case against TV protestor Ovsyannikova, due to her opposition to the miltary. 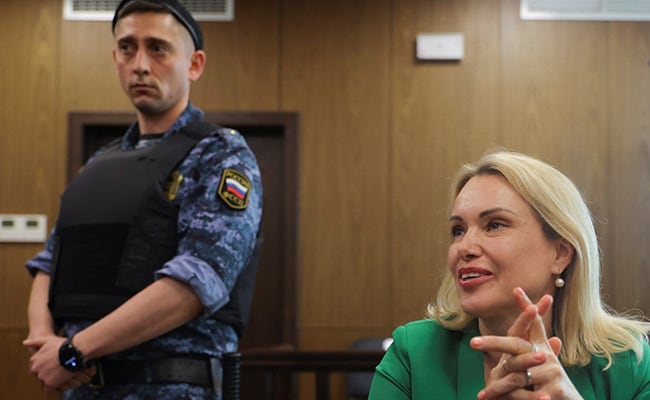 Ovsyannikova (right), during a court hearing in Moscow, following raid.

Russian state security services on Wednesday searched the house of former state TV journalist Marina Ovsyannikova, who in March denounced the war in Ukraine during a live news bulletin on television, her lawyer said on social media.

Writing on Telegram, Ovsyannikova's lawyer Dmitry Zakhvatov said that a criminal case had been opened against her under Russia's law criminalising the spreading of "fake" information about the Russian army.

Ukraine-born Ovsyannikova rose to prominence when the then editor on Russia's flagship Channel One mounted a protest against the conflict in Ukraine on a nightly news broadcast.

She has since been arrested and fined for her continued opposition to Russia's military campaign in Ukraine several times.