Sreenivasan Jain and his crew filmed from their hotel room as three men set up a tent in a piece of land next door, journeyed in and out of it carrying wires, and then covered it up before leaving the site. The next morning, just minutes before a 72-hour ceasefire began, the NDTV crew filmed the smoky aftermath of a rocket fired from that same location. 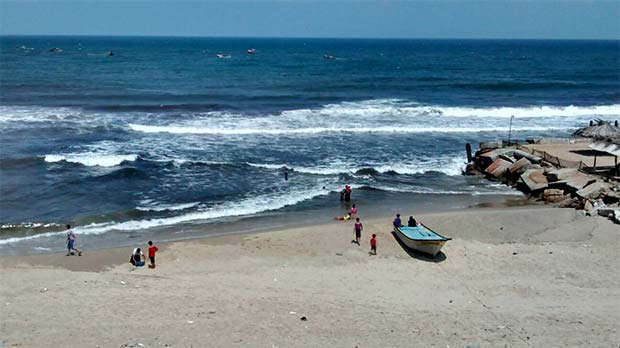 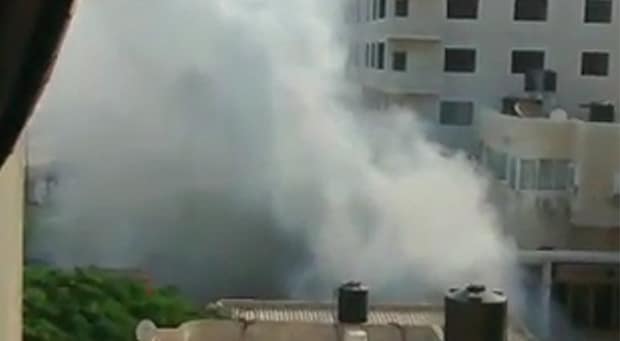 NDTV Reports on the Carnage in Rafah in Gaza
As the war in Gaza takes on a new intensity, NDTV is the only TV crew to travel to Rafah in South Gaza, where the fighting has been most fierce.
Aug 04, 2014 00:39 (IST)
Aug 03, 2014 22:26 (IST)
NDTV reaches Rafah in South Gaza, where the conflict is most intense. As we headed there, we saw ghost towns and a long empty road which had seen heavy bombardment from the east. Here's a reporter's diary
Aug 03, 2014 19:31 (IST)
Just visited the European hospital mortuary in Rafah (where the main operations are ongoing). Four bodies have come in today from Rafah and two from Khuza (which was attacked earlier in the week). 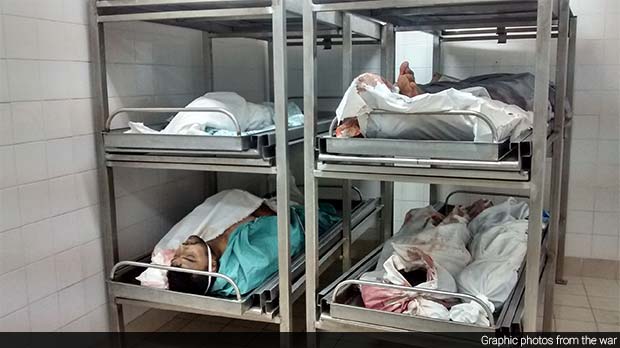 WARNING: The information being sent by our reporters from Gaza includes graphic photos from the war
Aug 03, 2014 17:13 (IST) 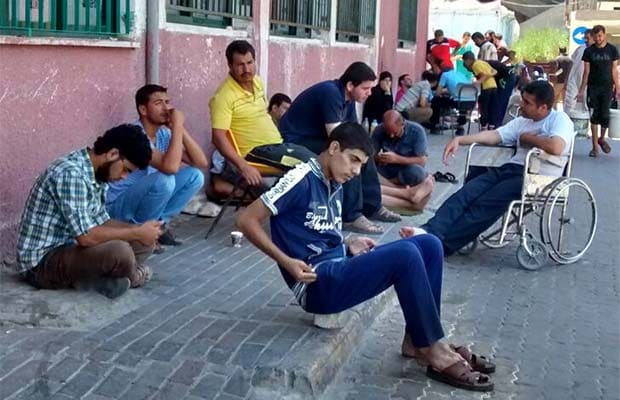 This morning, we visited Khan Younis in the southern Gaza Strip. The first sight on entering the town was the funeral of a young child. At the hospital, incoming ambulances -- carrying the wounded - were being turned back as there was no more capacity. People hurried in and out, barely noticing small pools of blood on the ground.

We have come to Khan Younis Hospital which is the nearest safe zone where the injured and many of the dead are being brought even as we speak.

Aug 03, 2014 13:40 (IST)
Al Zafer office complex in Gaza city being hit right now. We are at the spot. The building is abandoned as it has been targeted since the beginning of the war. Unclear why its being targeted again. 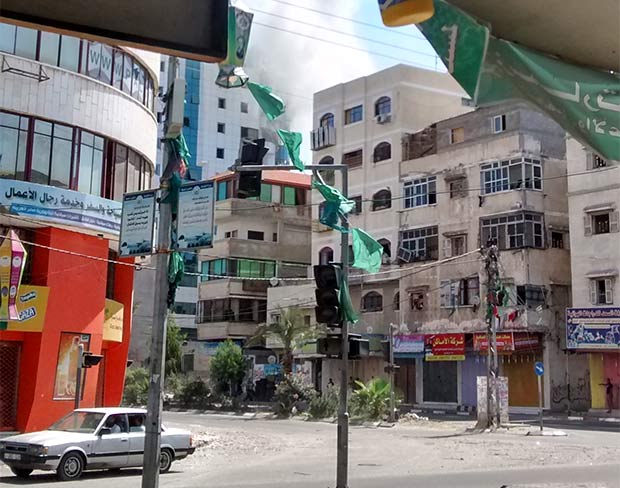 Aug 03, 2014 12:45 (IST)
A day ago, the Israel Defence Forces tweeted that they are pulling out of areas in north Gaza which have come under heavy shelling - Beit Lahiya and Al Attatra -- and those who have fled can return home. But they warned locals to look out for 'Hamas explosives'. 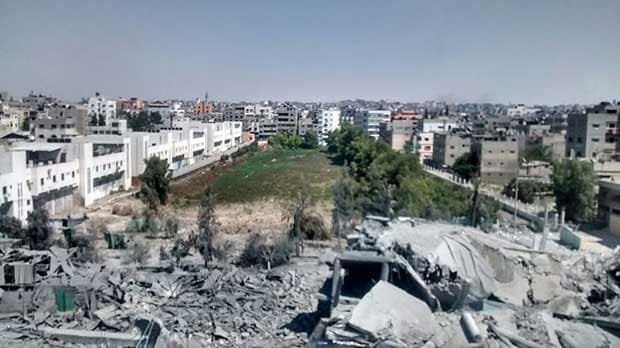 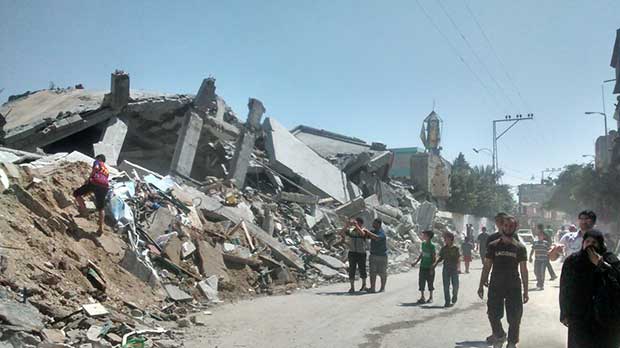 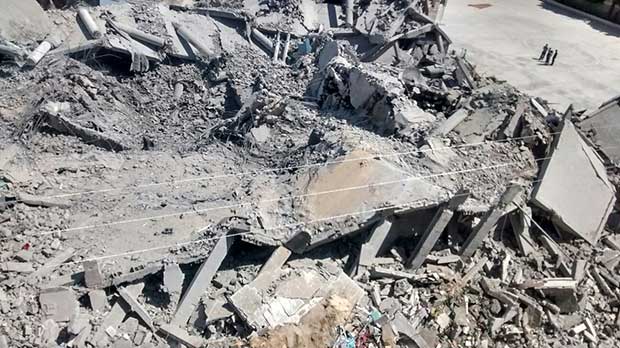 Our translator did her diploma at Islamic University. Said its the best in Gaza, academically. 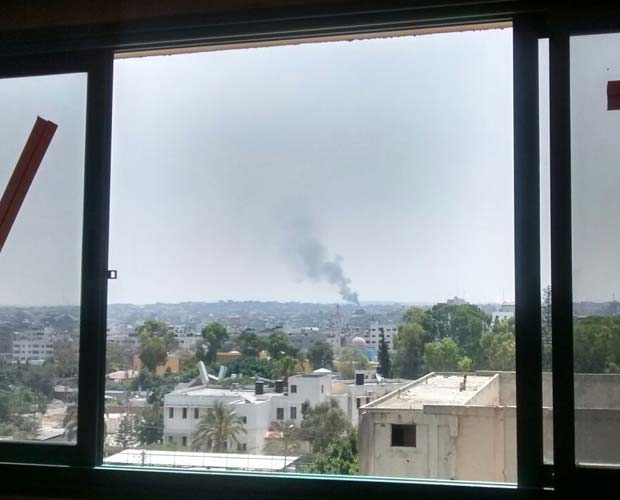 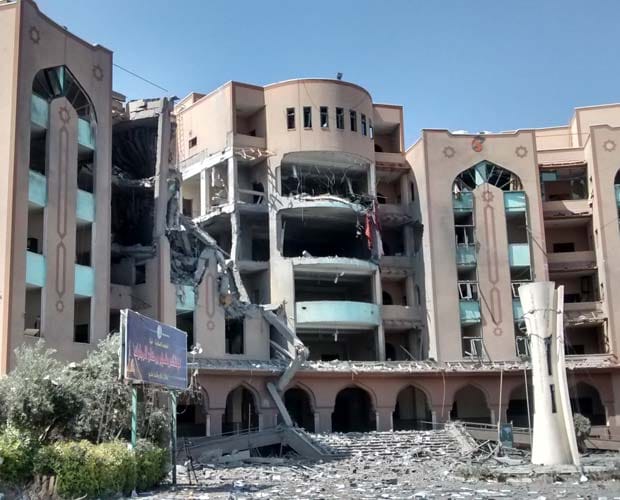 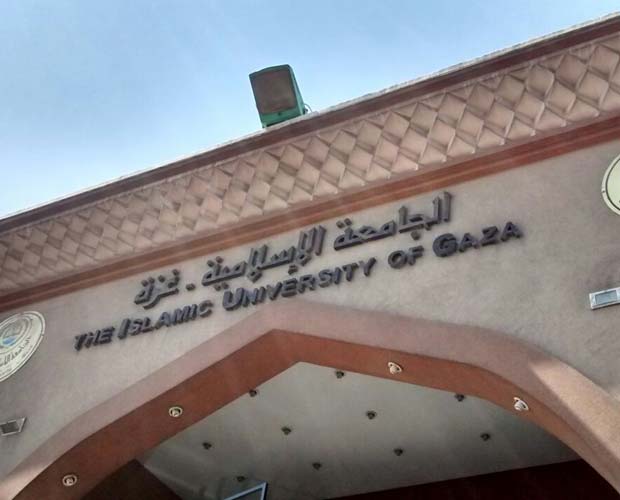 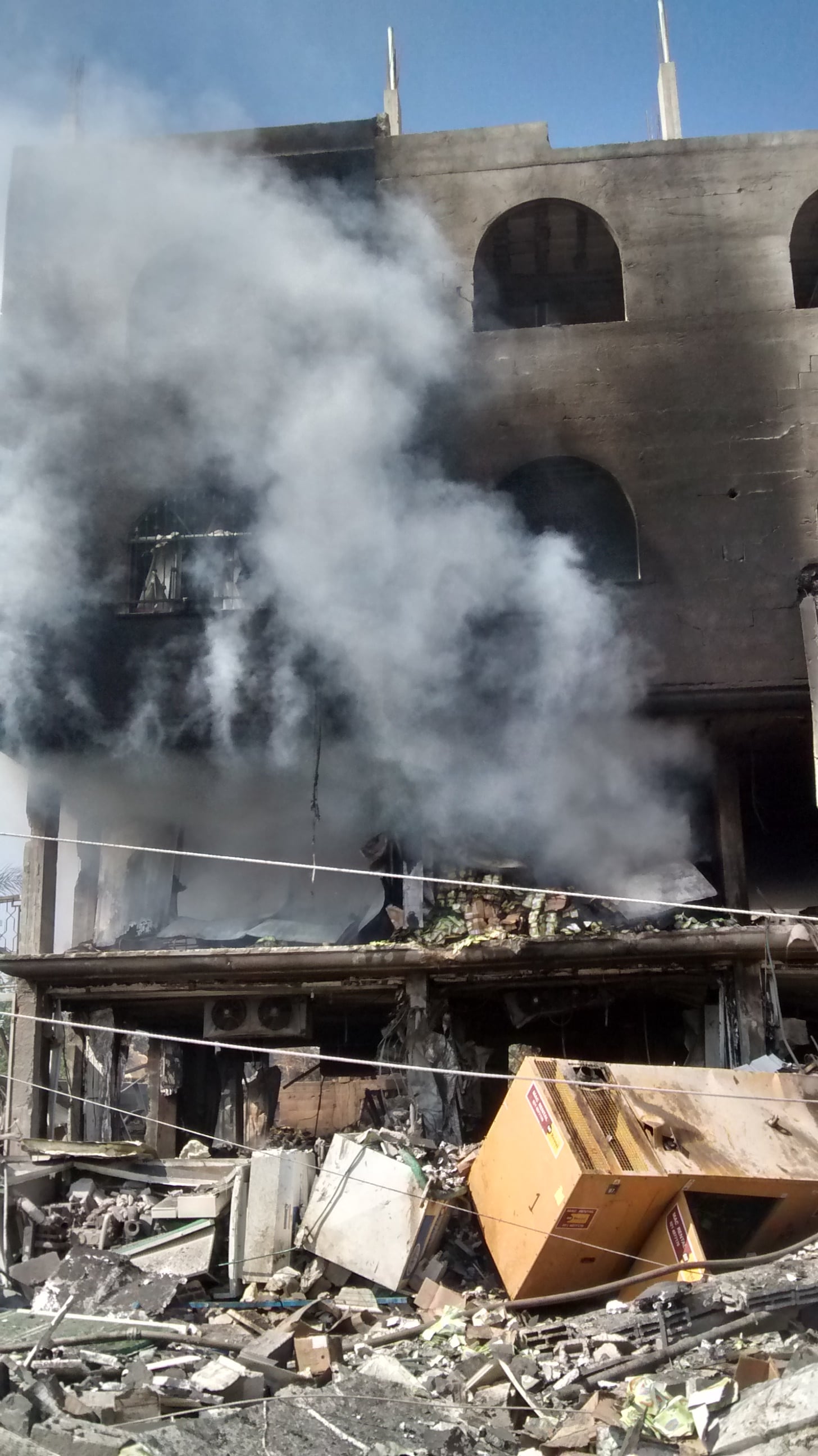 On the bus to #Gazapic.twitter.com/9XoWu3JSKL

The last stretch of the road to Gaza from Israel is lined with wilted sunflower fields. The flower's stand tall and muddy drooping towards the ground as a grim reminder of what lies ahead.

We were driven to the Erez checkpoint by a Danish journalist friend based in Jerusalem. On way we stopped at the town of Sderot which is the last Israeli settlement close to the border from where one can see the Gaza skyline.

On a small hillock we found TV crews filming and two sofas - which had been used by the locals to watch the Gaza skyline being bombed.

At the Erez checkpoint we are made to sign a declaration which indemnifies IDF from any responsibility. After a security check - we walked down a 2 km long iron grilled corridor to reach the bus which will take us in. The journalists coming back from Gaza all look relieved and shout 'be safe' as we pass.

The bus is run by a travel company Sweety Travels who used to charge about 15$ until last week - the escalation of the conflict has meant double charges this week.

Sofas on hill in Sderot, from where locals watch Gaza shelling. Town lives in shadow of Hamas rockets. #roadtogazapic.twitter.com/ynXSmBkSLs 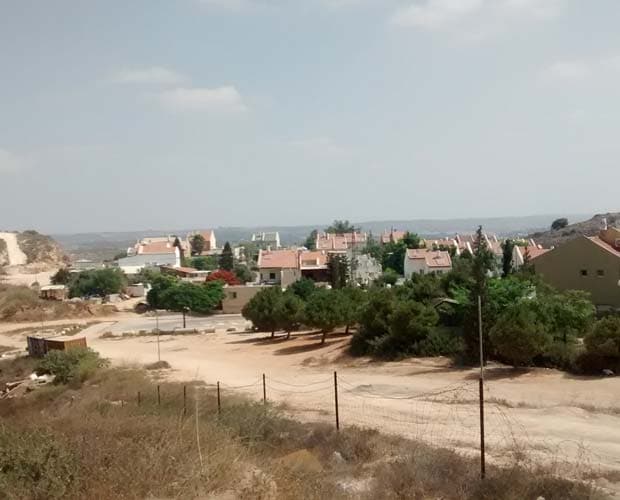 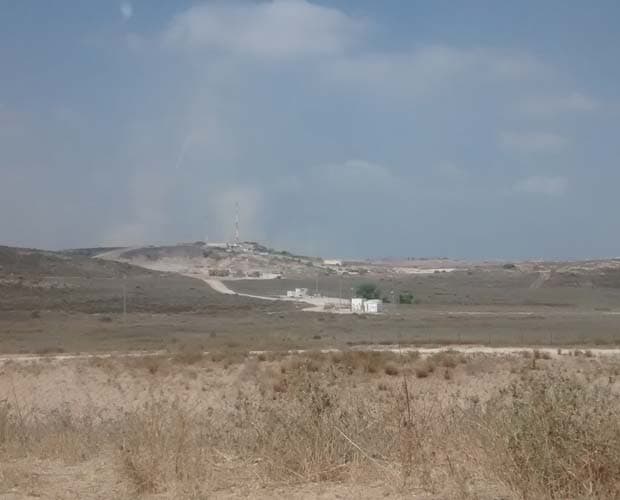 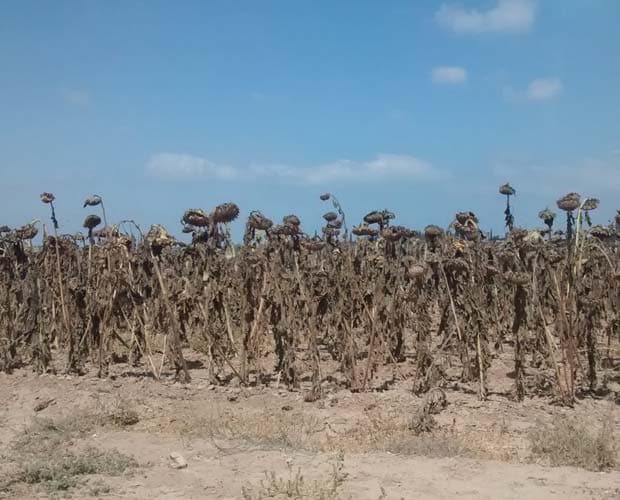 Reporter's Diary On The Gaza Conflict
More than 100 killed in the past 24 hours, reports Sreenivasan Jain.