While some people on the internet were excited to try this unusual recipe, others were sceptical and stated that it was totally strange and awful. 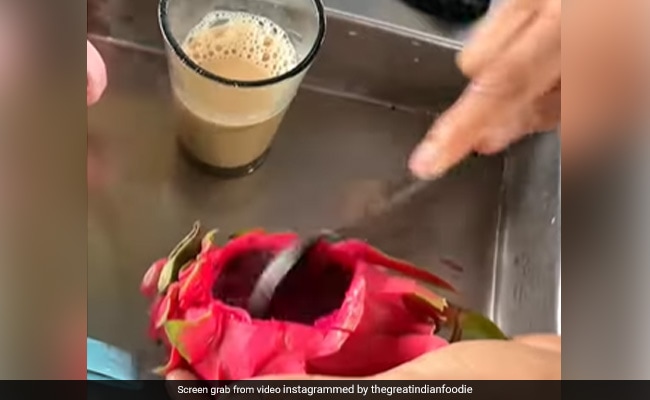 The boy in the video is seen putting dragon fruit extract into a glass of hot milk tea.

When videos of strange culinary combos were posted online, opinions often remained divided. Hundreds of viral food combinations, including Chilly ice cream, Mirinda golgappa, and Fanta omelet, disgusted thousands of people. But some of them have also received appreciation.

On social media, a video of a boy in Bangladesh selling dragon fruit chai has gone viral. The Great Indian Foodie, an Instagram account that features food-related videos from all throughout India, posted the video. In the video, a teenager is seen preparing milk tea with dragon fruit pulp.

As shown in the video, the tea vendor added dragon fruit extract to hot tea before pouring it into a glass tumbler. He continues by stirring a tablespoon of condensed milk into the boiling tea, which takes on a rosy hue.

Since being posted on September 18, the video has received over 104,969 views and over 2300 likes on Instagram.

While some people on the internet were excited to try this unusual recipe, others were sceptical and stated that it was totally strange and awful.

Another commented, "What did I just see?