Thousands of people have been left homeless after heavy rains triggered floods and landslides, toppling over 800 buildings in North and South Hwanghae provinces. 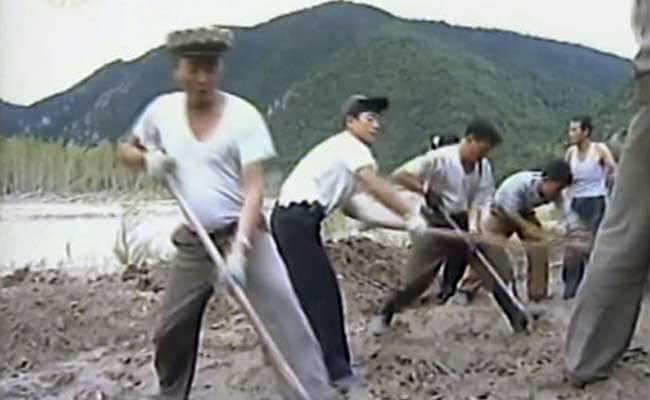 Many children are among the 75 people missing due to severe flooding, says Red Cross. (Representational)

Severe flooding in North Korea has killed at least 76 people with another 75 missing, many of them children, the Red Cross said Thursday.

"With the cold season around the corner, we are also concerned this disaster will increase the risk of health problems and food insecurity for some communities."

Impoverished North Korea is vulnerable to natural disasters. More than 130 people died after floods struck North Hamgyong province in 2016, bringing down buildings and leaving hundreds of thousands in urgent need of food and shelter.

The country's territory is largely composed of mountains and hills that have long been stripped bare for fuel or turned into terraced rice fields, allowing rainwater to flow downhill unchecked.

A series of floods and droughts was partially responsible for a famine that killed hundreds of thousands between 1994-98, with economic mismanagement and the loss of Soviet support exacerbating the situation.