The Impact Of JDS-Congress Coalition In Karnataka: Prannoy Roy's Analysis

Will the Congress-JD(S) alliance in Karnataka pull off a win this time as well? The infighting between the parties has been a talking point in the recent past. Will this help the BJP to win the crucial state or is the Modi factor enough to bag votes? From coalition to caste, Prannoy Roy and his team analyse crucial questions on The Countdown tonight and bring you exclusive interviews with Chief Minister of Karnataka, HD Kumaraswamy, Congress's DK Shivakumar, Former Deputy Chief Minister of the BJP R Ashok, actor turned politician Prakash Raj and the Bengaluru-South candidate of the BJP, Tejasvi Surya.

Karnataka has been a BJP state for the last 20 years.

Karnataka Turnouts comparison between 2014 and 2019 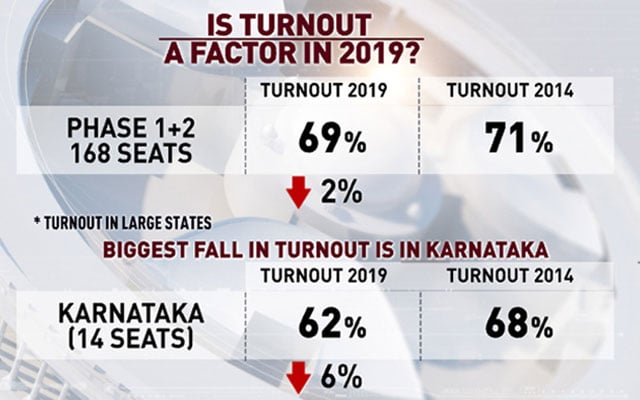 The Congress and JDS coalition has had a small impact 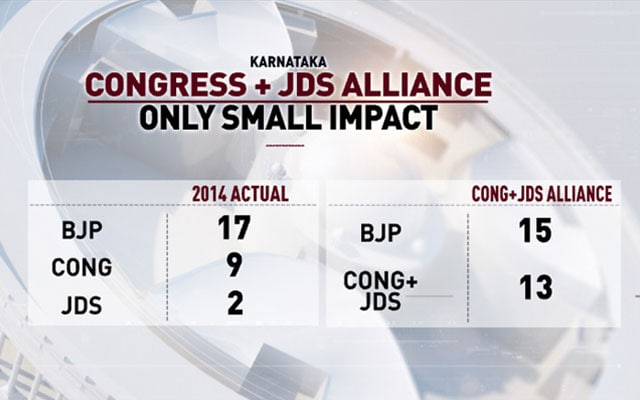 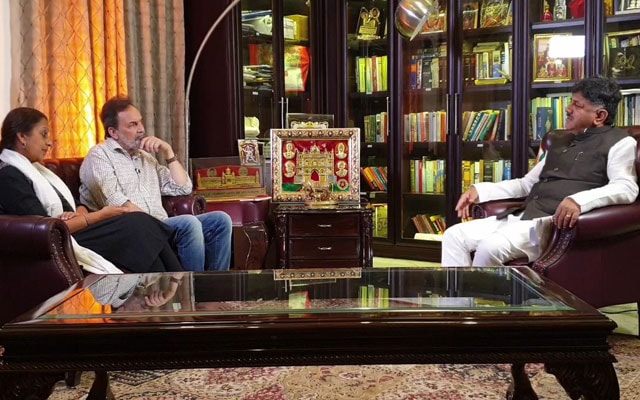 There are lots of differences of opinions at the ground level. But now, 1 year has passed. We have accepted this alliance. And a lot of senior leaders have accepted this. In 50 constituencies, we have differences of opinions. But in the rest 175 constituencies, the BJP and Congress are fighting. I am sure, we will have better results with this grand alliance.

HD Kumaraswamy has been very emotional from Day 1.

DK Shivakumar on Modi vs Who?

DK Shivakumar on the major factor this election:

As far as the South is concerned - candidate, caste, cash. These 3 are playing a very major role but at what level, I cannot come on record.

BJP support base in Karnataka 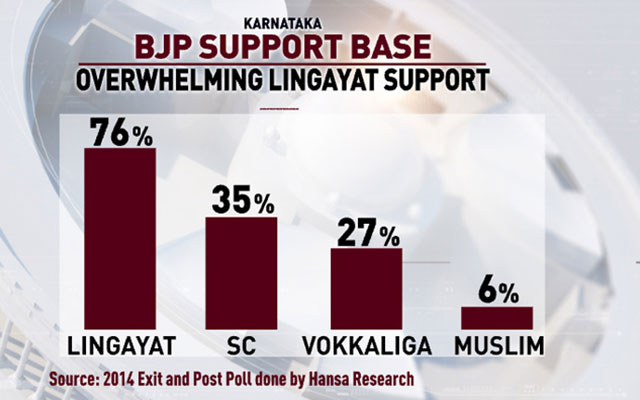 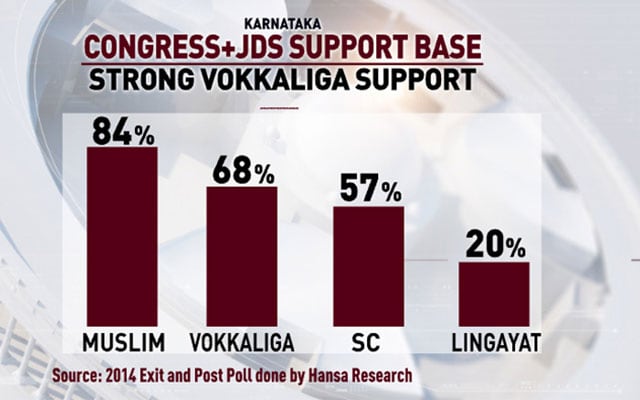 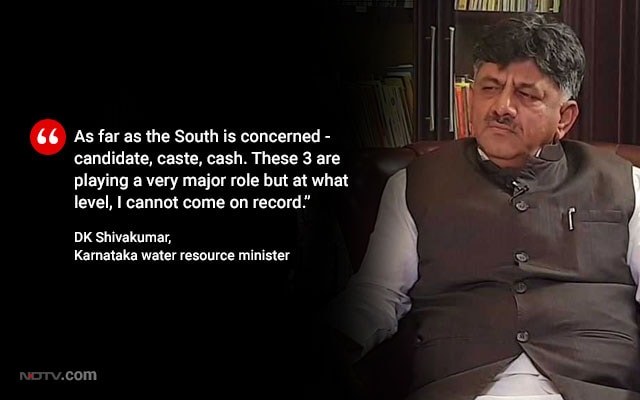 DK Shivakumar on the Congress-JDS alliance 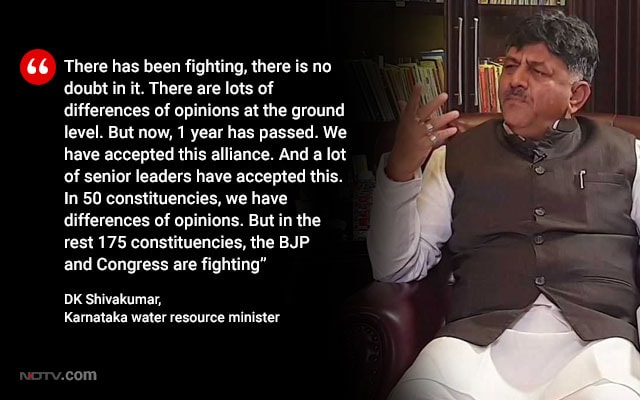 The religion and caste factors in Karnataka: 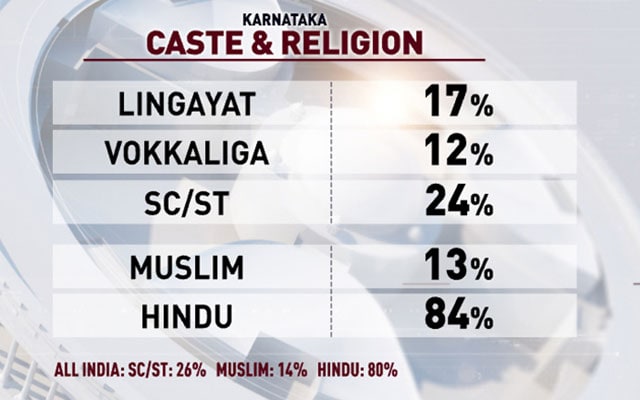 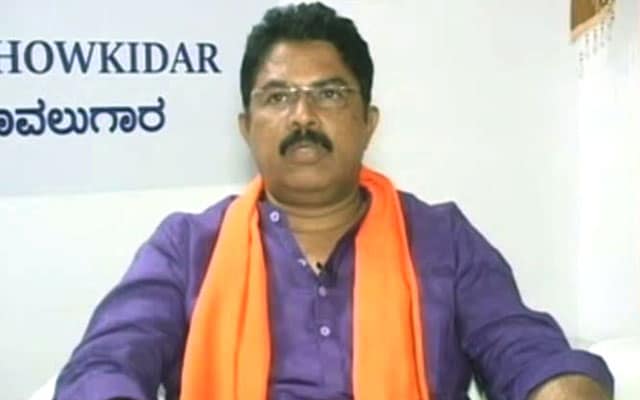 Landslide victories in Karnataka over the decades: 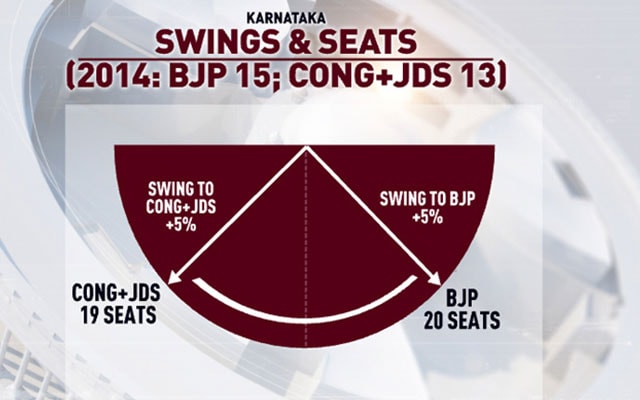 The major factors that favour the BJP in Karnataka: 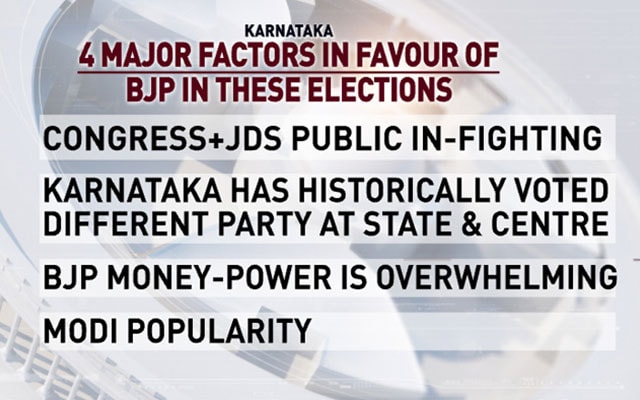 In Karnataka, PM Modi has a huge impact on the voters. They like his energy, charisma and leadership qualities, say the voters in the state to Prannoy Roy and his team.

The divided votes in Karnataka: 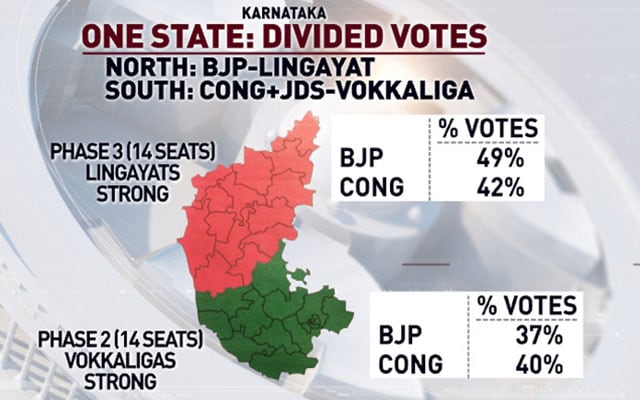 HD Kumaraswamy says he is thankful to the Congress for support 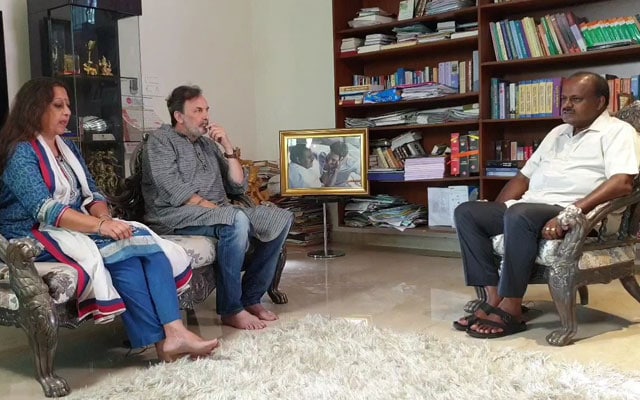 Every single government has problems, we are still successful inspite of bickering. From Congress high command I am getting all cooperation, positive cooperation is there. Only because of our party and the Congress party fighting each other for the last 20-25 years, little local problems are there. Other than that, there is no bickerance in my administration: Karnataka Chief Minister HD Kumaraswamy.

Question: Did the BJP leadership contact you, pressurize you?

HD Kumaraswamy: On several occasions, several leaders (have pressurised me). But while forming this government, that day itself we were firm, whatever problems created here, somehow we have to sort it out and we have to give good message to the country for this general election.

Even in Bihar, if you take the example of Lalu Prasad, because of their hard work, the RJD party is surviving. The same thing is going on in Uttar Pradesh and even in Tamil Nadu, and Andhra Pradesh. Actually, family politics is not the issue now, only how do we work about this. That is important actually. The implementation is important. 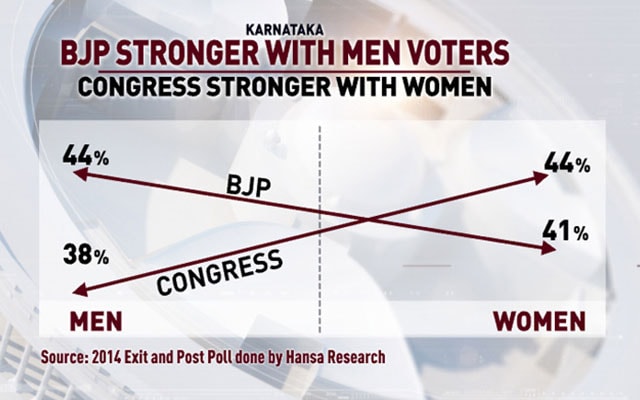 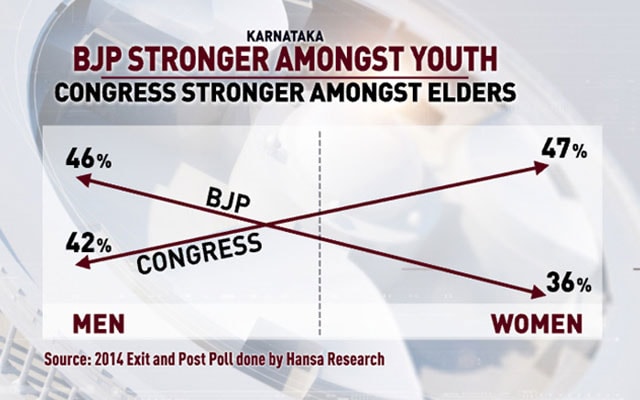 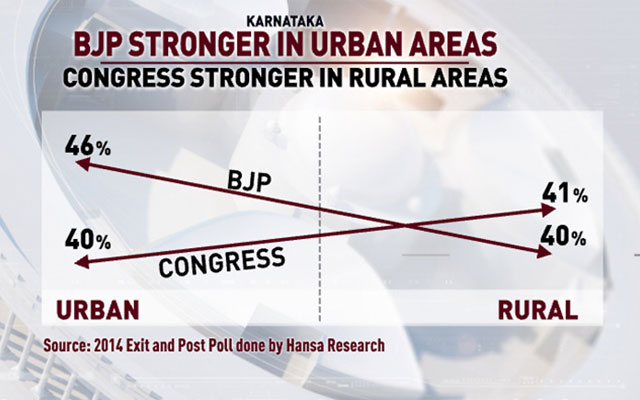 Tejasvi Surya, BJP candidate in Bengaluru says the party's campaign has not been negative. On Yeddyurappa, Mr Surya says his energy inspires him and he has played a critical role in the campaign. 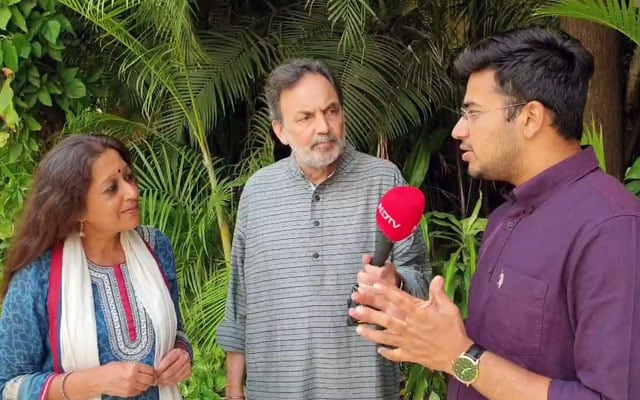 BJP's youngest candidate in the country, Tejasvi Surya, who is also the party's candidate from Bengaluru South, speaks to NDTV. 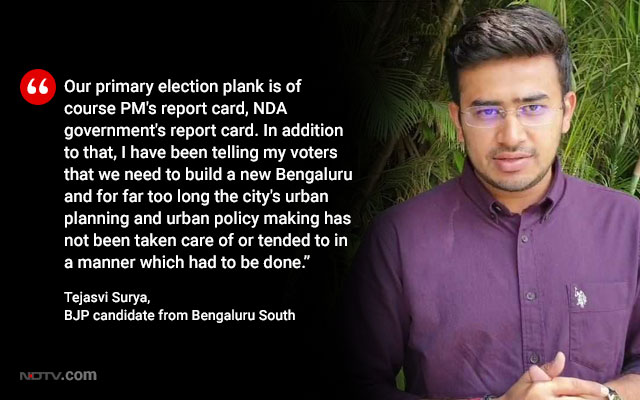 Most lawmakers thrown out during elections: 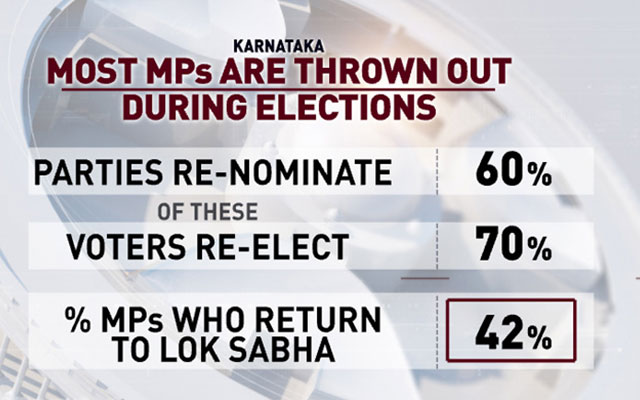 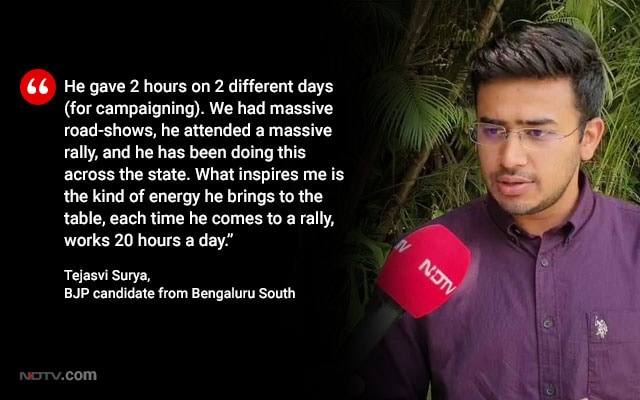 Question: What is your view on Rahul Gandhi and PM Modi? 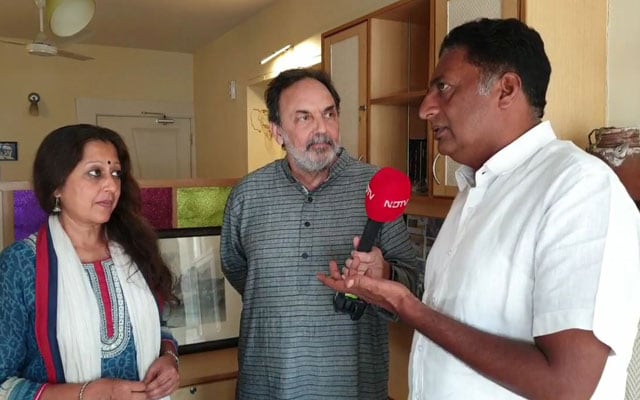 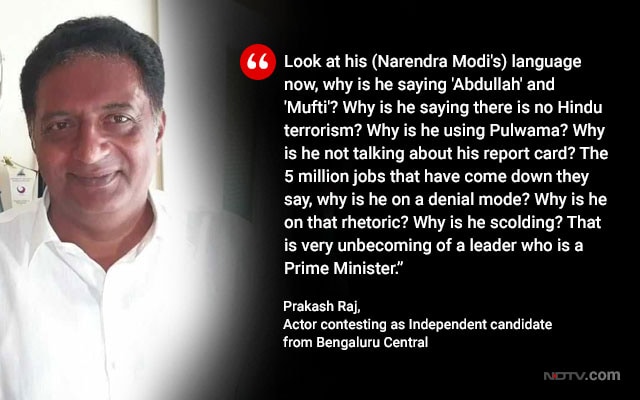 The point is he (Narendra Modi) is choosing to be silent on certain issues which has emboldened the narrative, which is not right. I don't feel secular, when he talks.

It is not the party which is important but the 500 odd candidates we choose and we, especially the learned people, who do not vote, should realise that 30% of the votes are from the poor and that is bought.

There is no conscious voting there. These guys are living on it. The differences of winning margins. I think those who don't vote should realise that they are also responsible for this country. 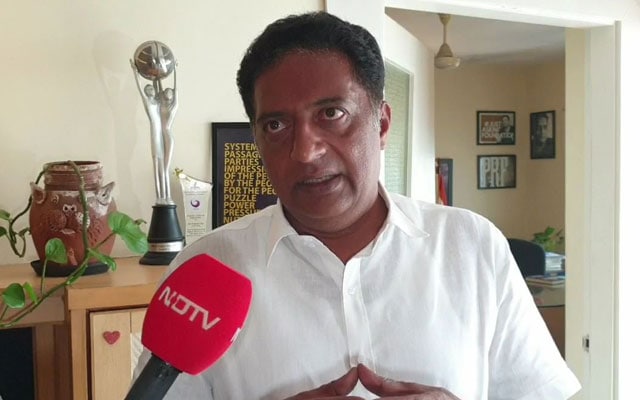 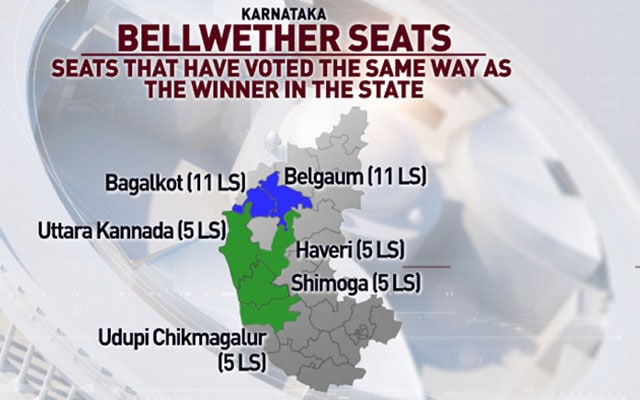