After this pandemic Budget, what comes next? Where is India heading? How will India come back on the growth trajectory? In the first part of this four-part Townhall, Prannoy Roy discusses these questions with the world's leading experts, four of whom are Nobel Prize winners. Read what Paul Milgrom, Abhijit Banerjee, Michael Kremer, Raghuram Rajan, Kaushik Basu and Amartya Sen have to say about the post-pandemic world.

Rebound after pandemic: India best among all developing countries in 2021 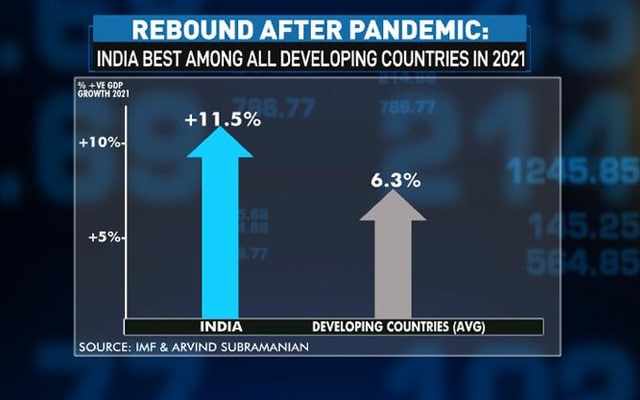 Prof Raghuram Rajan: So, the good news is that if, again, if the virus keeps going down, India will have a very strong year this year, a year of rebound. Yes, we won't go back to where we were if the virus hadn't happened, but we will certainly make up some of the ground, the lost ground from last year's terrible performance. The question is what happens after that? What happens in 2022, '23, '24, and there most people expect we go back to a very slow rate of growth, the 4 or 5% we've had before the pandemic. And that is untenable for India, given the many needs we have for jobs, for growth and so on. 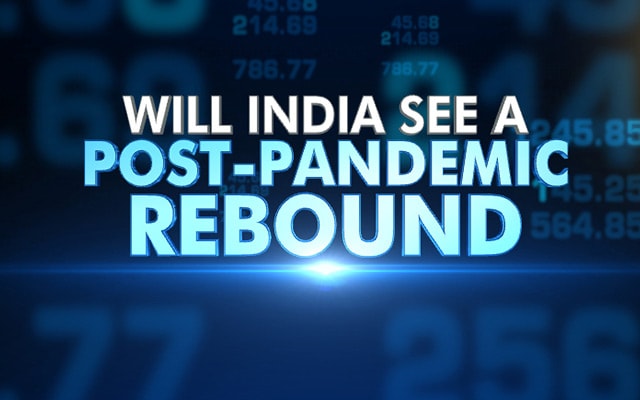 Good - India's V-shaped economy. Worrying - India will be behind developing countries in 2021. 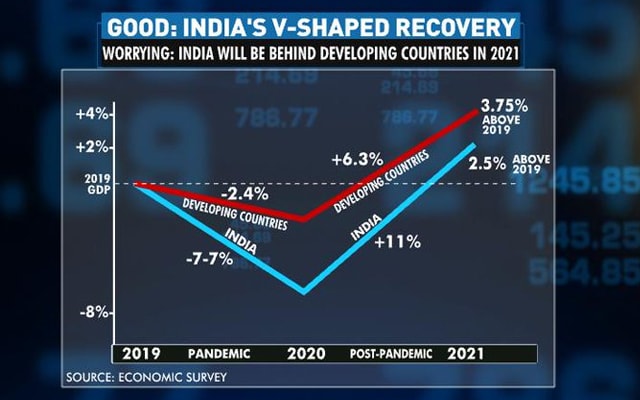 NDTV: Abhijit, it is really encouraging to see the forecasts of a big recovery of our economy this year, a V-shaped bounce back, with a higher growth than most other countries. Do you agree with these forecasts?

Prof Abhijit Banerjee: The IMF does this all the time, I think in the middle of the year they were predicting 2% growth in 2020, and that of course turned out to be minus 8%. We wrote about this in our book that there is an IMF study of how bad their predictions are, so I wouldn't hold my breath on 11%. Could be 11%, could be 7%, could be something. But the reason why that's important is that the government should not put too much faith in its own Budget numbers. It should be prepared to take it on the chin, that it's going to be, you know, the growth doesn't happen. I wouldn't tighten the reins, stop spending. The real worry is that in India, this is why I don't love talking about the Budget. 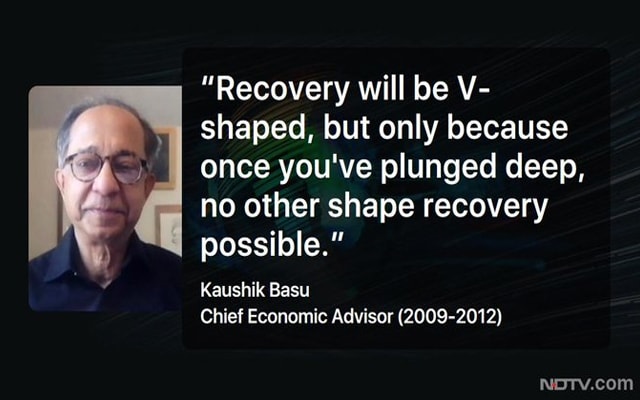 NDTV: So, Kaushik, you have written that we need to focus not only on the crisis caused by the pandemic but on the entire period, nearly 10 years before the pandemic

Prof Kaushik Basu: Prannoy, my real worry is, things began to happen before last year. And if you look at India's growth data today, the trouble is in India, as soon as you point to data, people get so ideological, that you're on this side, or you're on that side. And I should tell you frankly, in fact, as a preamble I should tell you that I've got political differences with some of the things that the government is trying. But I, throughout, expected that the economy will do well. And so, it comes to me as a big surprise. And there have been a couple of good policies. Like for instance, the GST, despite the very poor implementation, was a good policy. The Insolvency and Bankruptcy Code, that was Arun Jaitley's doing primarily, was good policy. So, there were good policies. But here's the growth figure that I will point to, which just sums up my concern. 2016-17, the financial year, India's growth rate was 8.2%. Very good growth. We felt good about that. The following year, that growth dropped to 7.2%. The following year, to 6.1%. The next year to 4.2%. And the current year is speculation of course, but minus 8 to minus 10%, is what most people are saying. Four downward steps, that is over a five-year period, stepping down each year worse than the previous has never happened in independent India. That, to me, is the crux of the problem. 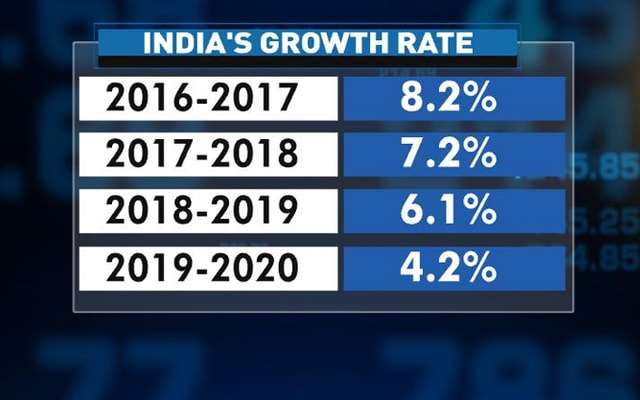 NDTV: For this to succeed, once again, everything is so dependent on proper implementation. The Budget proposal of a special bank to handle the problem of Bad Debt, needs to be sure the process is carried out without favours or any political influence, right?

Prof Raghuram Rajan: Now, we've proposed a bad bank. Again, the details are deliciously vague, we don't know. A bad bank, which is largely in the public sector, will be ineffective. But a bad bank, which is only in the private sector, may have some issues also. So, design is really important here. And I hope the mandarins in the Finance Ministry are at work trying to figure out the design, which will make it actually deal with the problems we have. So, we need to clean up in the financial sector.

NDTV: Abhijit Banerjee you have often pointed out that Indian governments have to think big and think bigger and that we don't think and act on a large enough scale. Scale matters and we need to recognize that especially as a large nation, we need to have projects on a large scale.

Prof Abhijit Banerjee: Yes, that's what I am talking about and also when China went for world-class education, we talked about it a lot but, then we put small amounts of money with lots of strings. You know, a friend of mine was the Dean of Tsinghua. He was basically told that your job is to go hire people. There are lots of bright people of Chinese origin or Chinese citizens who are working. Offer them salaries that are competitive and bring them home and Tsinghua, in some technical fields, is now number two in the world. They've stunningly improved. If we want to be world-class, we really need to have an agenda of, 'Okay, we are not going to think of the pennies today and does this fit into the particular regulatory framework and who's going to control it, how many people will approve'. We really need to do what Tsinghua and the Chinese government did, which is tell the Deans that they essentially have a blank cheque to hire good people and then you can do it.

Prof Raghuram Rajan: Right, so let's start with the virus, which is where everything should start today. We are seeing second and third waves through Europe and the United States. The US seems to be bringing down this wave, finally, the second wave. But again, everybody's watching to see what the variants do. Because the variants are more virulent and more resistant, in some ways, to the vaccine. So, the hope is that the pace of vaccinations being rolled out will eventually overcome the spread of the virus. And that we will have much stronger economic activity starting in the second quarter onwards. 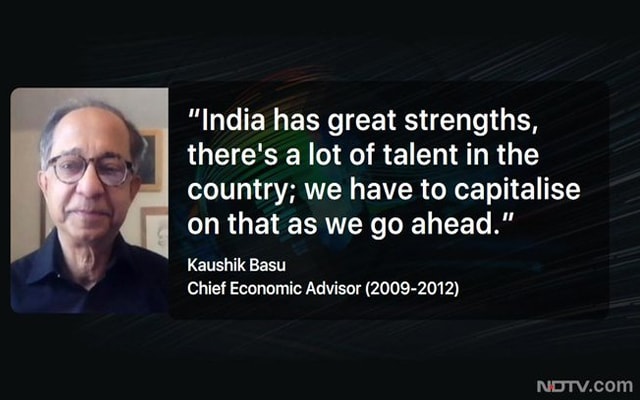 Prof Paul Milgrom: Yes. So, well, those are two different things, the vaccines and the green technologies. So, about the green technologies, in order to benefit the world, we have to reduce emissions everywhere. We've got to get carbon emissions down across the whole world, so the drive to co-operate there will be greater. Although there's also a free rider problem, that is, if some country doesn't participate, they benefit from everyone else's carbon emissions. And they harm everyone else by their failure. So, the difficulties of negotiating that are significant. Hopefully the world will come together on that. On vaccines, it's so painful to see what's going on with vaccines. On the one hand, this is not the last pandemic. Unfortunately, we've known for a long time that pandemics were coming. 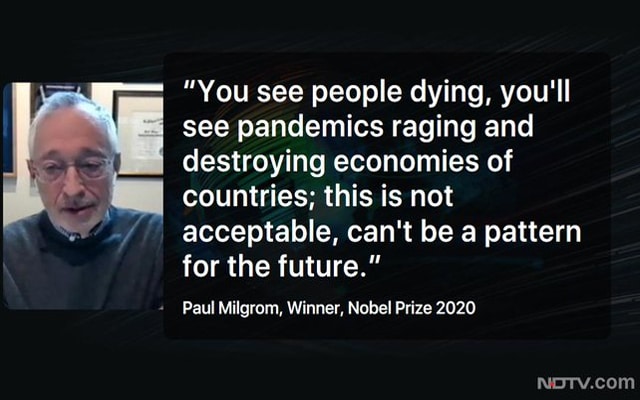 "This is not the last pandemic; unfortunately, we have known for a long time that pandemics were coming": Prof Paul Milgrom, Winner, Nobel Prize 2020

"There is stunting among children below the age of 5. However, this is not happening to richer people's children. This is an indicator of the suffering of the poorest sections of the country": Kaushik Basu, Chief Economic Advisor (2009-2012) on Indian economy

"In rural areas, there is NREGA which will be called upon if there is a need. There's no similar system in urban areas. And that is a worry as we go forward": Raghuram Rajan, Former RBI Governor 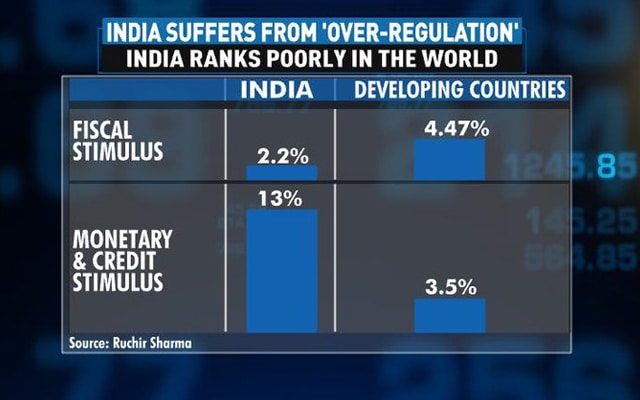 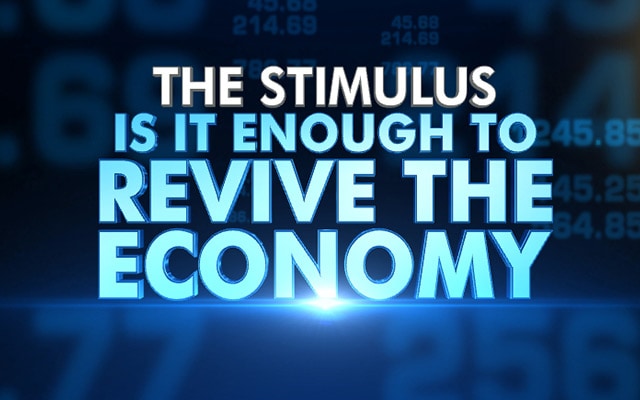 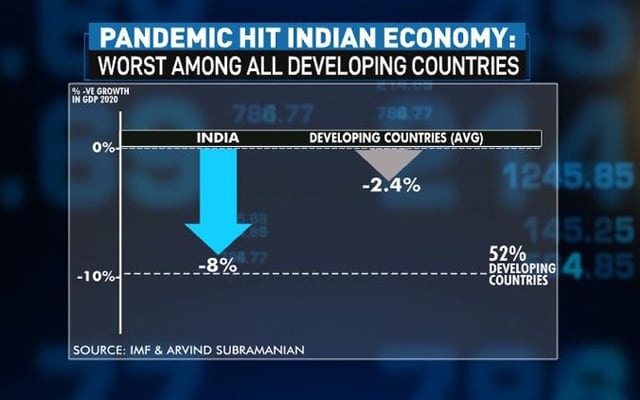 "If you look at what countries are spending to deal with the consequences of the disease, it dwarfs what they're spending on vaccines": Michael Kremer, Winner, Nobel Prize 2019.