India's most populous state Uttar Pradesh is more than halfway through the 2017 Assembly Elections - seen as the bellwether for the general elections two years later. The critical question for the election is whether the BJP - which swept the state in the 2014 general elections - will be able to repeat the success or if the Samajwadi Party - which has tied up this year with the Congress - be able to script a sequel to its 2012 state poll landslide. As both the top ambassadors for the election - Prime Minister Narendra Modi and Uttar Pradesh Chief Minister Akhilesh Yadav - claim to be working towards moulding the election narrative towards development, it remains to be seen how much of the politics in the battleground state is still influenced by the religion and caste. NDTV's Prannoy Roy and election experts analyse what it will take for the parties to win the prized battle in the state seen as most critical to India's political discourse.

Demonetisation or the central government's move to ban large notes in a bid to curb corruption and tax evasion, a real pain a few months ago, has eased, says senior journalist Shekhar Gupta. But as much as people vote on economic issues, caste remains an undeniably key factor in UP elections.

Here's a look at how different castes voted in 2014 Lok Sabha and 2012 Assembly elections: 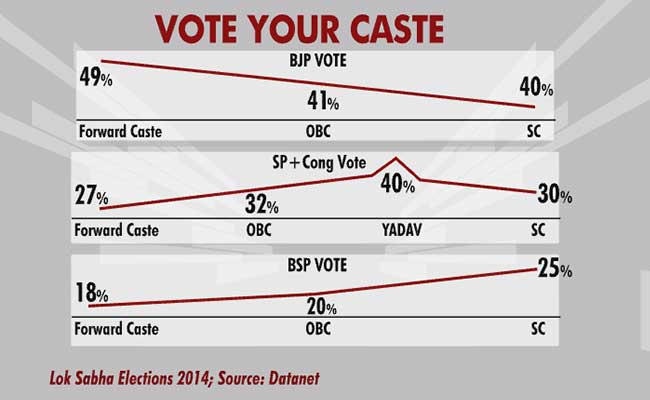 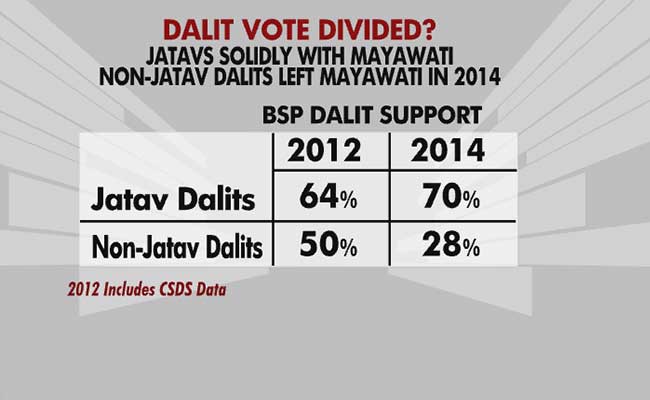 Caste still influences political allegiances in Uttar Pradesh, shows a ground survey in the state. But the other factor that affects which party gets the mandate is the age of the voter.

Akhilesh Yadav who swept the 2012 election will need to rely greatly on the young vote once again if he is to make a return. The question is, will the youth factor work for Akhilesh Yadav? 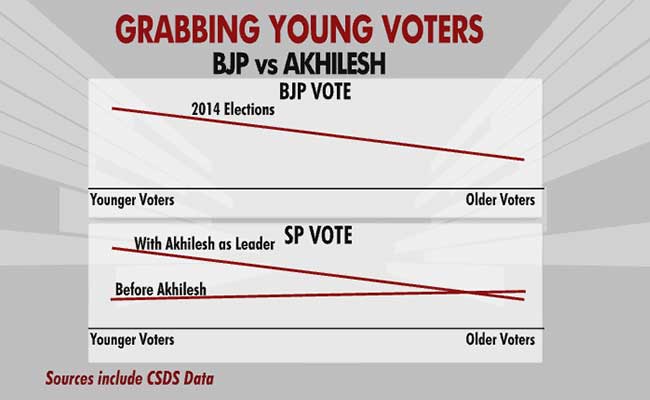 But for the BJP, it will be 'new voters' and a focus on vote banks that will be key to win the 2017 Assembly Elections: 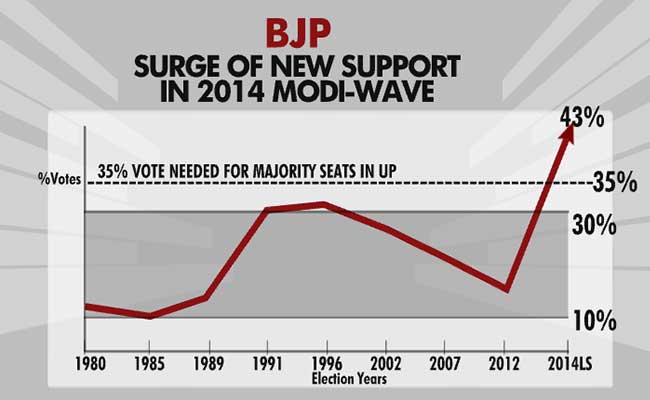 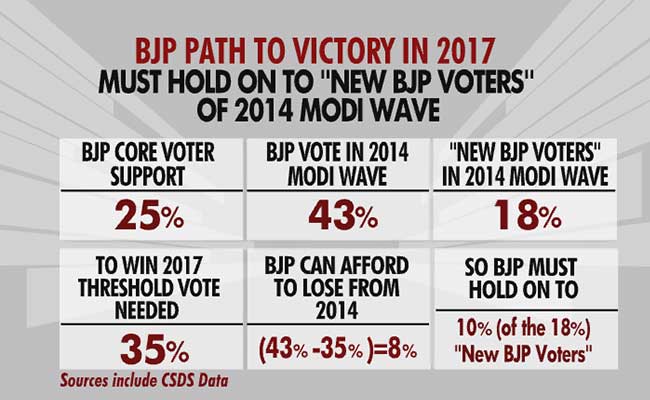 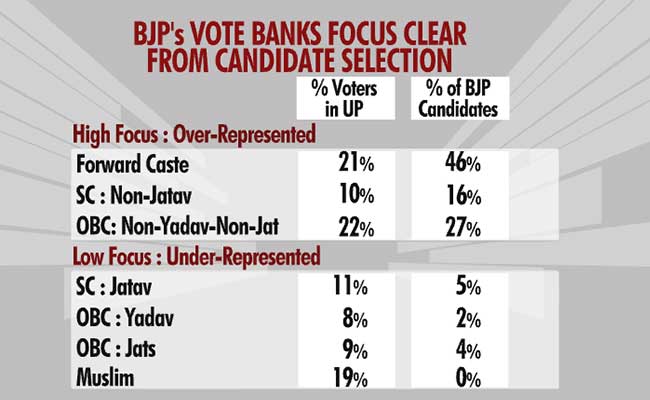 On the campaign trail, NDTV spoke to BJP's Rajnath Singh - one of the party's tallest leaders in the state. 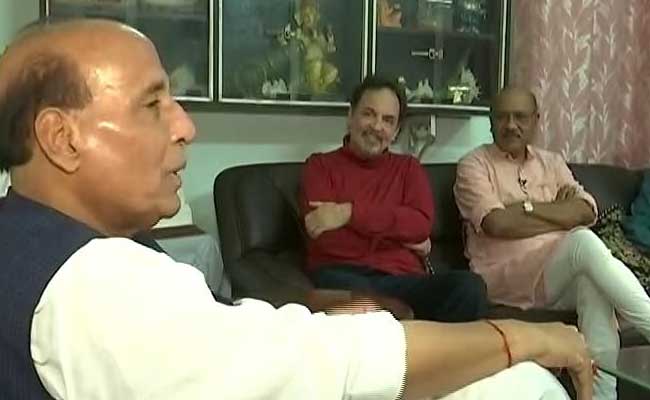 The Union Home Minister says the BJP did not select Muslim candidates because winnability is a factor. "A confusion has been created in the minds of minorities about us. That will go with time," he says.

But will the fact that the BJP has not declared a Chief Ministerial candidate hurt the party? No, says Mr Singh. Would he like to be chief minister? "Humko kaun poochh raha hai? (Who's asking me?)", said the 65-year-old BJP leader.

And what about politics of polarisation? Are party chief Amit Shah's and PM Narendra Modi's latest speeches invoking Diwali, Eid a deviation from the party's 'development agenda'? "No. The attempt is never to polarise. I read the PM's speech carefully. It was all about ending appeasement and discrimination," Mr Singh said.

On the fight against black money, one of the BJP's foremost election issues, Rajnath Singh seemed to duck a direct question if the use of unaccounted wealth had been curbed. "But at least our government has taken a step in that direction, even if it's a centimetre," he said.

As much as the election is a prestige battle for PM Narendra Modi, it is also for Chief Minister Akhilesh Yadav. To retain power, the Samajwadi Party, which has allied with the Congress this time, must win back 'traditional voters' it lost to BJP in 2014 elections: 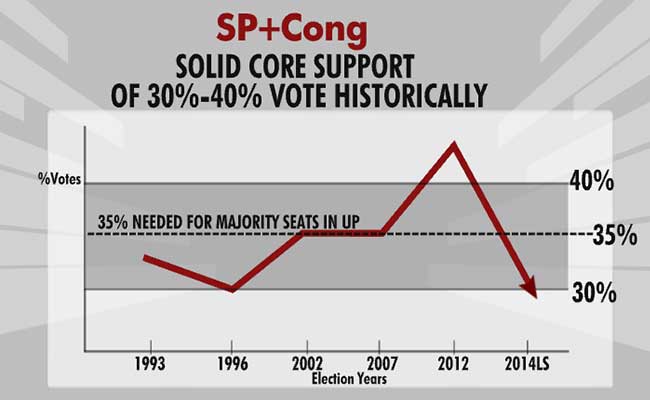 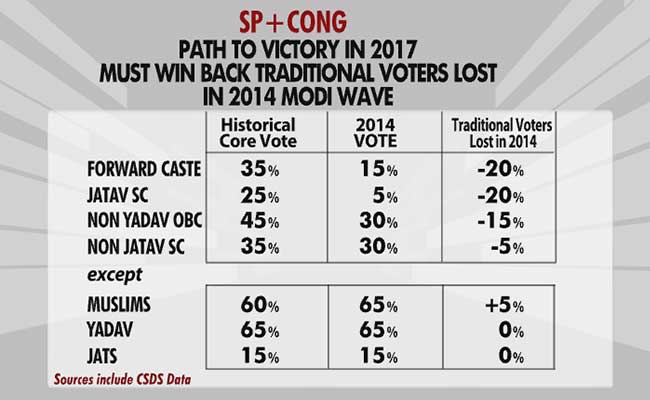 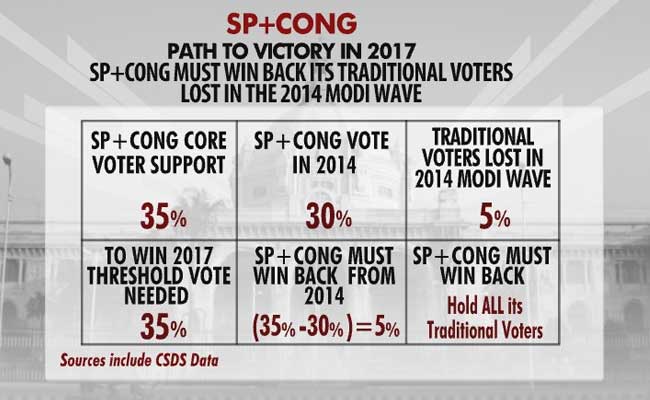 Mulayam Singh had an incredible ability to bring together figureheads from different communities to the Samajwadi Party's advantage. Chief Minister Akhilesh Yadav however has a different style. 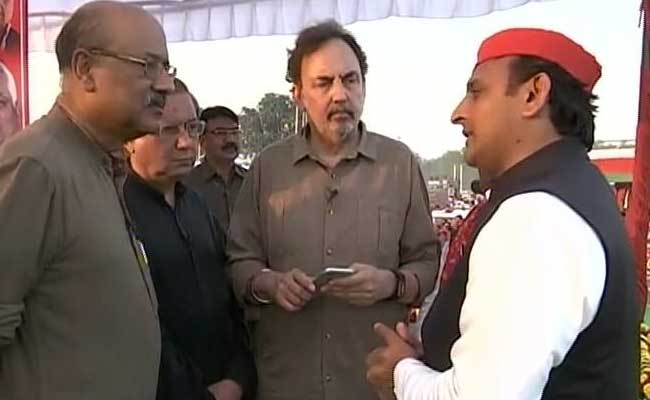 "We respect the Prime Minister. He has gone from Uttar Pradesh. But he says too many small things. MODI to us stands for Model of Dividing India. And he hasn't done anything for the people," says Mr Yadav.

On his feud with his father Mulayam Singh and uncle Shivpal Yadav, which divided the party just ahead of the polls, he said, "This is Netaji's (Mulayam Singh) party. He is our mentor. After results on March 11, whatever decision he takes, will be final."

The third contender for power in Uttar Pradesh, BSP, is focusing on forward caste and Muslim voters to make a comeback: 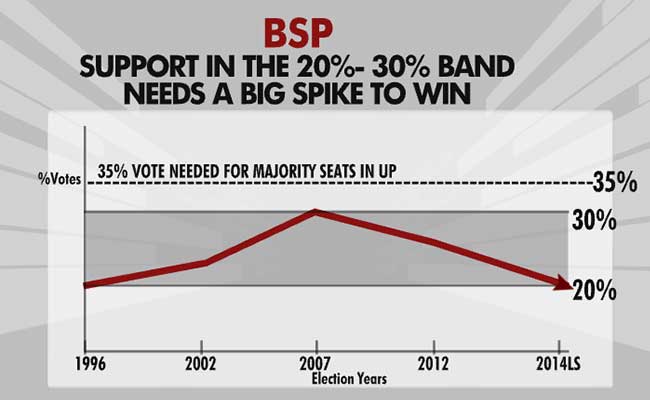 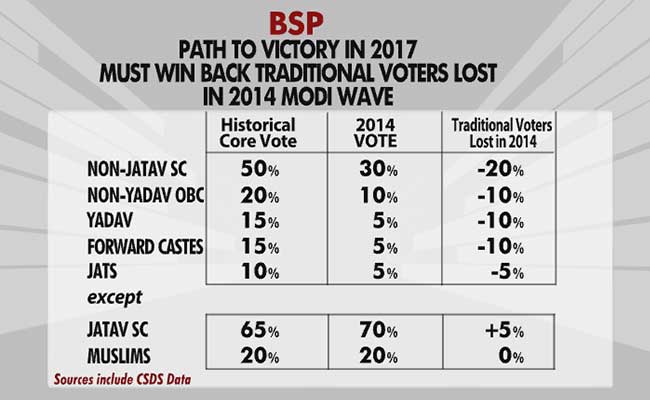 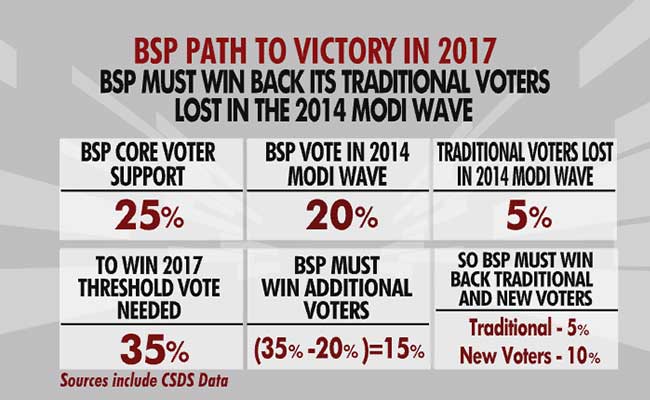 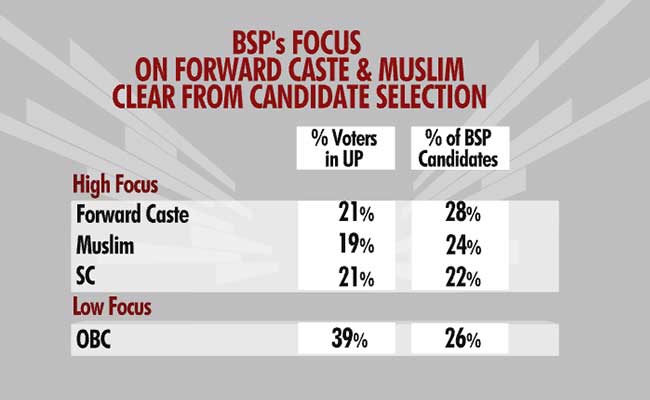 The BSP has the toughest of climbs. If Mayawati's party does end up being the No. 3 outfit, will she ally with her archenemy Samajwadi Party or the BJP? That may be the biggest plot twist in the end.

Cabinet Nod To Guarantee Of Rs 30,600 Crore For Bad Bank