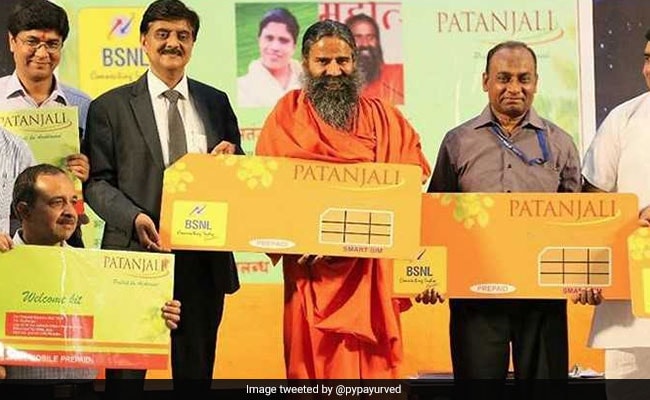 Here are five things to know about the Patanjali-BSNL Rs 144 plan:

1. The special plan will come with benefits such as free unlimited voice calls without roaming charges, 2 GB of data per day and 100 SMSes per day for the respective validity period, according to BSNL.

2. BSNL is offering a validity period of 30 days, 180 days and 365 days in denominations of Rs 144, Rs 792 and Rs 1,584 respectively. Free voice calling, data and SMS benefits apply for the validity period according to the plan chosen by the subscriber.

4. The Swadeshi Samriddhi SIM card was launched by yoga guru Ramdev last Sunday. The SIM card, available to Patanjali Ayurved staff for now, will be available to the general public soon.

How to activate Patanjali BSNL 144