Hindustan Unilever's revenue rose 2.6 percent to Rs 9,000 crore in the three months through March, the company said in a statement Monday 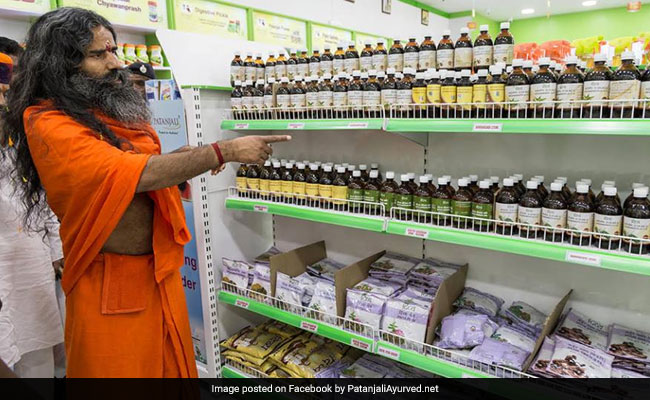 Hindustan Unilever Ltd's revenue climbed to a record in the fourth quarter as India's largest consumer-goods company shrugged off competition including from yoga guru Baba Ramdev's Patanjali Ayurved Ltd. Revenue at the Indian unit of Unilever rose 2.6 percent to Rs 9,000 crore ($1.3 billion) in the three months through March, the Mumbai-based company said in a statement Monday. That exceeded the Rs 8,900 crore average estimate of 21 analysts compiled by Bloomberg. Net income increased to Rs 1,350 crore, beating analyst estimates. Revenue from company's home care segment, which includes brands such as Surf Excel and Vim, rose 3.26 per cent to Rs 3,102 crore.

Hindustan Unilever (HUL), which is benefiting from a pick up in consumption, and as deliveries recover from India's biggest tax overhaul, has sustained its sales growth by adding natural and ayurveda-based products. That's also helping it counter competition across its segments from detergents to skin creams from local companies, which are building their brands using yoga and spiritual leaders.

"The market for naturals and ayurveda products is big," chief financial officer Srinivas Phatak said on a conference call on Monday.

"Hindustan Unilever has a three-pronged strategy focusing on core brands including Hamam and Ponds, special brands such as Indulekha hair oil and Lever Ayush as master brands."

Promoted
Listen to the latest songs, only on JioSaavn.com
Ramdev, who has said he's an "unpaid ambassador" at Patanjali, said in January that the company will overtake Unilever in India next year. Over the past few years, Patanjali has expanded its portfolio of products to include almost all the segments Hindustan Unilever operates in the country.