The economy needs to grow at around 8 per cent to create enough jobs for the millions of young people joining the labour force each year.

India's gross domestic product (GDP) growth slowed to 4.5 per cent in the July-September period, worse than economists' estimates, official data showed on Friday. That marked the slowest pace of economic expansion recorded since the quarter ended March 31, 2013. Consumer demand and private investment weakened and a global slowdown hit exports, hurting the economy, which had expanded 5.0 per cent in the previous quarter. The economy is struggling against a growth slowdown due to low demand and thousands of job losses across sectors.

Here are 10 things to know about the GDP growth data: 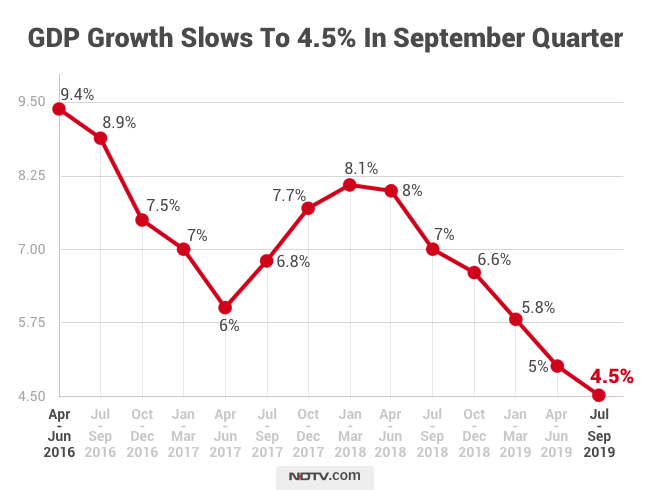