The drilling of the Rohtang tunnel through the Himalayan ranges began in Manali on Monday, June 28, to facilitate the laying down of an alternative all-weather road route to strategically important areas of Ladakh and providing round the year connectivity to the remote Lahaul-Spiti valley.

Sonia Gandhi, in her capacity as the National Advisory Council Chief, declared open the tunnel drilling at South Portal, 30 km north of Manali.

Conceived way back in 1983, the two-lane tunnel for vehicle movement will help travellers avoid the Rohtang Pass, about 51 km from Manali. 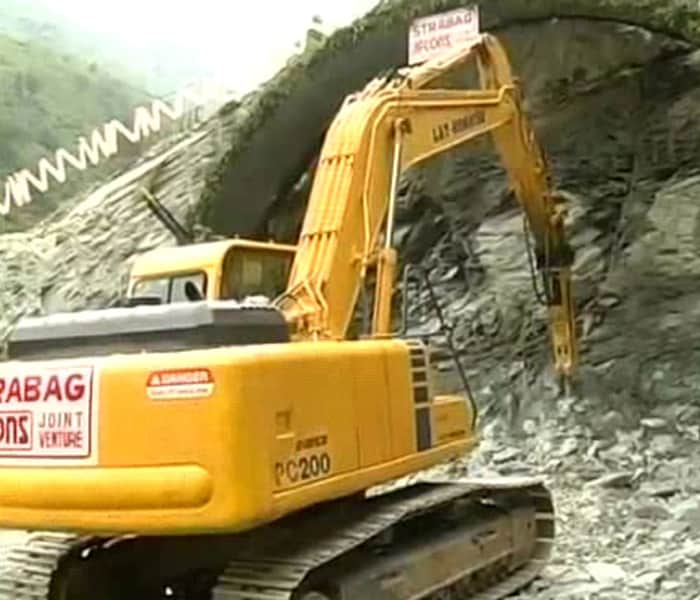 The 8.8-km horse shoe-shaped tunnel, to come up at an estimated cost of Rs 1,700 crore, would enable civilians and the armed forces to have a road link to important areas of Ladakh along the border with China, Defence Ministry officials said.

The tunnel would have the capacity to bear traffic of about 3,000 cars and 1,500 trucks a day driving at speeds varying from a minimum of 30 kmph to a maximum of 80 kmph. 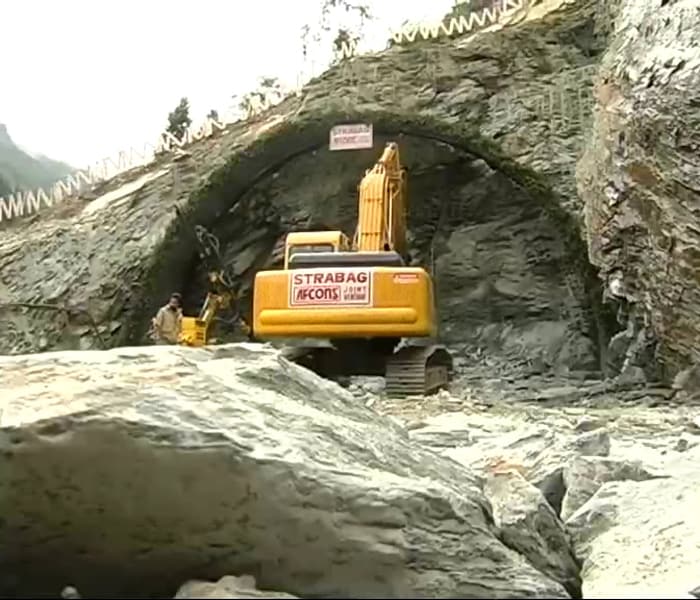 The Rohtang Pass remains closed for over six months a year due to heavy snowfall, cutting off the Lahaul-Spiti valley and Leh. The drilling of the Rohtang tunnel will reduce the 475-km distance between Manali and Leh by 46 km.

The North Portal of the tunnel will be about 25 km ahead of Kelong, thereby entirely avoiding Rohtang Pass. 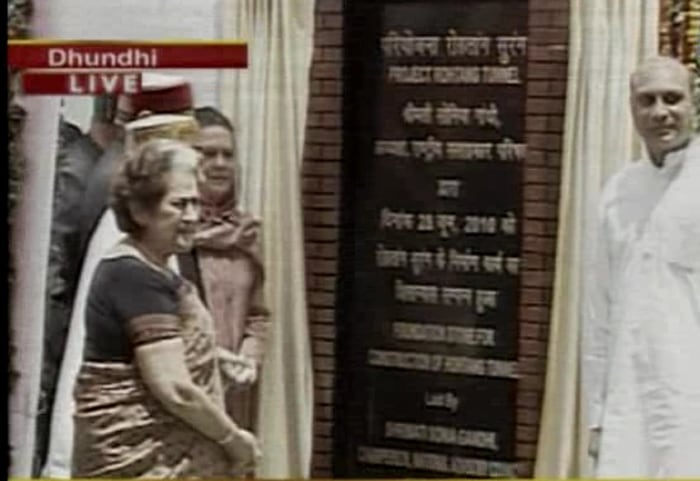 UPA chairperson Gandhi unveiled a plaque signalling the inauguration of the drilling as priests chanted hymns. Jammu and Kashmir Chief Minister Omar Abdullah, scheduled to attend the function, was not present. 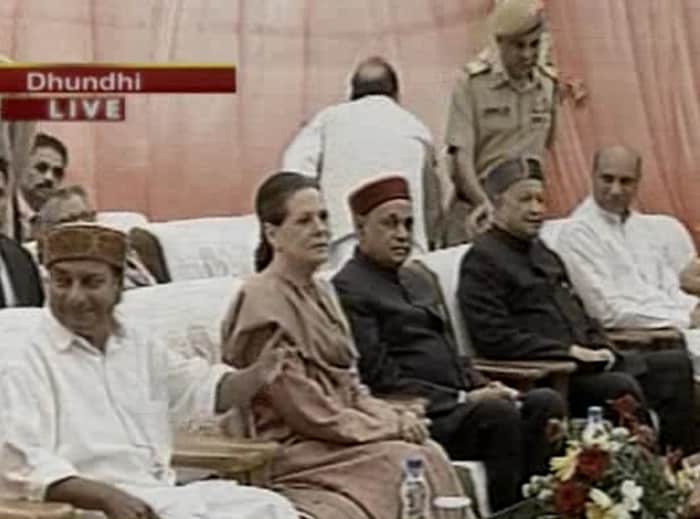 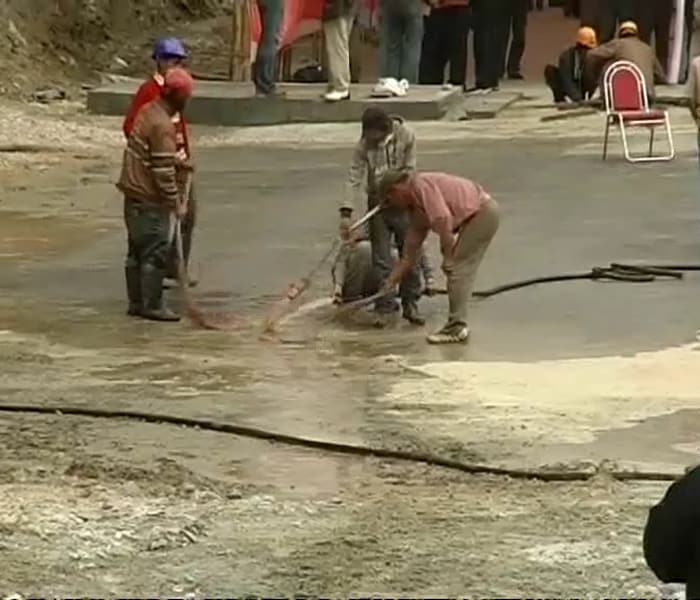 The Border Roads Organisation (BRO), a tri-service Defence Ministry agency specialising in road and bridge construction in difficult terrains, has estimated to complete the tunnel work and get it ready for vehicle flow before 2015. 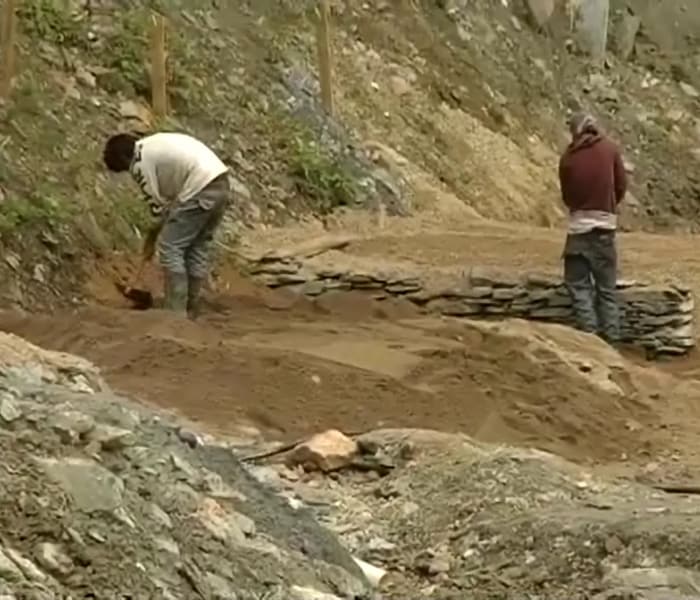 The 85-km distance from Manali to Kelong on the other side of Rohtang Pass is usually covered by vehicles in about five to six hours, without counting the long hours of traffic jams on the hilly route.

The same distance would now be covered in less than half-an-hour through the tunnel and without traffic snarls. 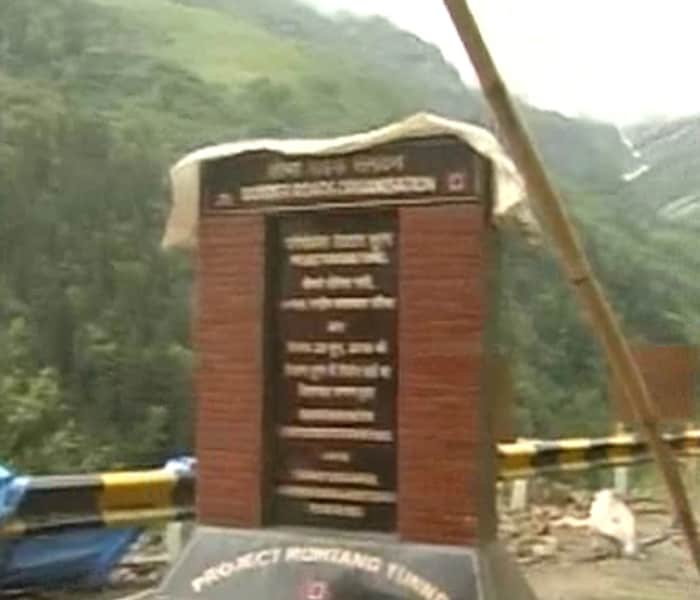 The areas through which the tunnel would pass would face temperatures between 25 to 30 degrees Celsius in May and June and between minus 20 to minus 2 degrees in December and January every year.