Reliance Jio is set to roll out its new "all-in-one" plans from today. In a statement this week, Reliance Jio said it will provide up to 300 per cent additional benefits in eleven plans priced from Rs 129 to Rs 2,199. These Jio plans will go live on December 6 and customers will be able to purchase them at all of the company's existing "touch points", according to the company statement dated December 4. Reliance Jio will offer high speed data of 1.5 GBs per day in four of these plans, priced at Rs 199, Rs 399, Rs 555 and Rs 2,199 respectively, for a validity period ranging from one to 12 months, the company said. (Also read: All you need to know about Jio's new recharge plans)

“These plans will provide up to 300 per cent more benefits to the Jio consumers, upholding the Jio promise of providing the best-quality service at the lowest price globally,” the telecom service provider said. (Also read: Reliance Jio hikes tariffs by up to 40% | Airtel, Vodafone Idea hike mobile tariffs)

Reliance Jio now offers three "all-in-one" plans with a validity period of 28 days each. Priced at Rs 199, Rs 249 anbd Rs 349, these plans offer high speed data of 1.5 GBs, 2 GBs and 3 GBs per day respectively, according to the company statement. 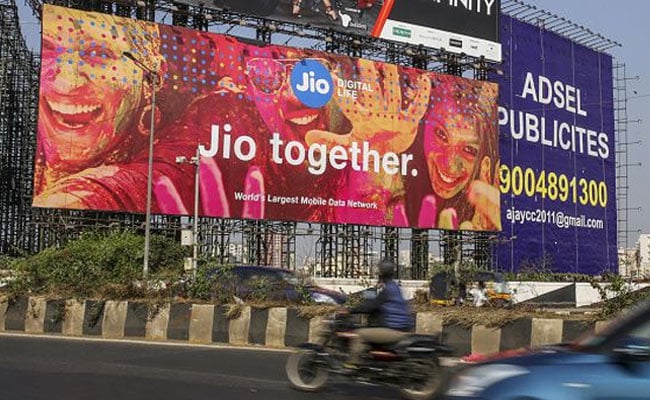 In two plans, priced at Rs 399 and Rs 444, Jio offers a validity period of 56 days each. Subscribers can use data at high speed up to 1.5 GBs and 2 GBs per day respectively in these plans.

In its Rs 555 and Rs 599 plans, Reliance Jio offers high speed data of 1.5 GBs and 2 GBs per day respectively, among other benefits. Each of these plans come with a validity period of 84 days.

The launch of new plans comes amid intense competition in India's telecom industry.