GoAir flight ticket: The GoAir offer is applicable on bookings for travel between June 15 and July 31, according to the airline's website - goair.in. 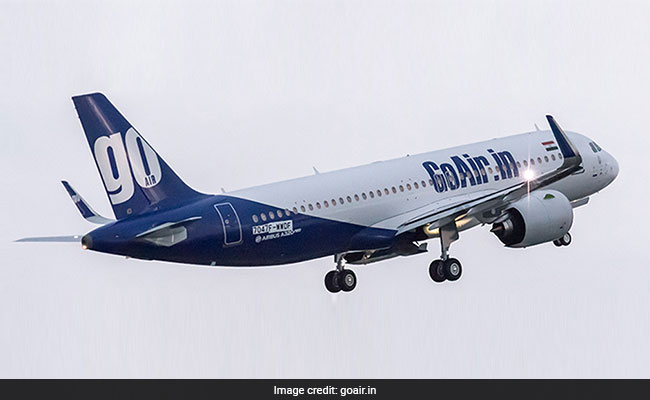 GoAir offer: Under the scheme, the cheapest flight ticket is offered on the Bagdogra-Guwahati route

GoAir is offering domestic flight tickets at a starting all-inclusive price of Rs 1,399. The scheme is applicable on travel from June 15 to July 31, according to the private airline's website - goair.in. Under the offer, the cheapest flight ticket is being offered by GoAir on the Bagdogra-Guwahati route, starting at Rs 1,399. Flight tickets between Ahmedabad and Hyderabad are priced from Rs 1,666, according to the GoAir website. The carrier is also offering discounts for flight bookings on routes such as Ahmedabad-Kochi, Bengaluru-Kannur, Bhubaneswar-Kolkata, Chandigarh-Mumbai, Delhi-Lucknow, Goa-Mumbai, Guwahati-Kolkata, Hyderabad-Kolkata, Jaipur-Ahmedabad, Jammu-Srinagar, Kolkata-Port Blair, Port-Blair-Chennai, Lucknow-Hyderabad, Nagpur-Bengaluru and Pune-Kolkata, according to the GoAir bookings portal.

Here are the ticket prices being offered by GoAir under its scheme:

Meanwhile, rival airline IndiGo has announced the addition of international flights at a starting all-inclusive price of Rs 6,999. The new flights between Mumbai and Damman will be operated by the airline from July 5. The flights between Chennai and Kuala Lumpur will start from July 15. From July 5, the airline will also operate additional daily non-stop flights on Mumbai-Doha routes.

Earlier this week, SpiceJet also announced the launch of new flights on domestic and international routes. All flights on the domestic network will commence operations from June 20, while the international flight will be effective from July 1, according to SpiceJet.