The RBI had last year directed commercial banks - such as SBI - to migrate their customers from Magstripe cards to the EMV chip and PIN-based cards.

December 31 is the last date for State Bank of India (SBI) customers to apply for a free-of-cost replacement of their "Magstripe" or magnetic stripe card to avail a new EMV (Europay, Mastercard, and Visa) chip and PIN-based card. Those holding the Magstripe cards need to apply at their home branch by December 31, the country's largest lender by assets said in a post on Twitter. Magstripe debit cards being used by SBI customers failing to apply for a replacement by the due date will be deactivated by the bank. 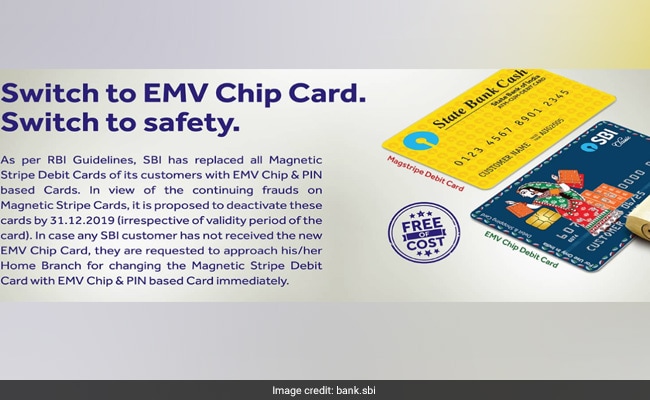 SBI customers who have not received their EMV chip cards are requested to approach the home branch for changing the Magstripe card immediately, it added.

SBI has time and again urged its customers to get their Magstripe debit cards exchanged to EMV chip-based debit cards.