The corporate tax reduction announced on Friday has spurred $374 million of inflows into Indian stocks in three days, and supported the rupee. 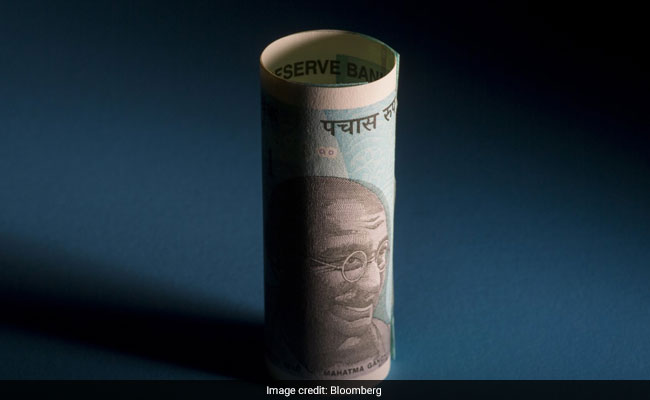 The carry trade for the Indian rupee is getting boosted after a shock $20 billion tax cut by the government.

The corporate tax reduction announced on Friday has spurred $374 million of inflows into Indian stocks in three days, and supported the rupee. That's adding to the attractiveness of the currency for carry-trade strategies, according to UBS Group AG and Kotak Securities Ltd.

With the world's pile of negative debt almost doubling to $15 trillion this year, investors are increasingly employing currency-related strategies that allow them to squeeze more yields. Going long on the rupee with borrowed dollars offered the best returns in the past month in Asia. 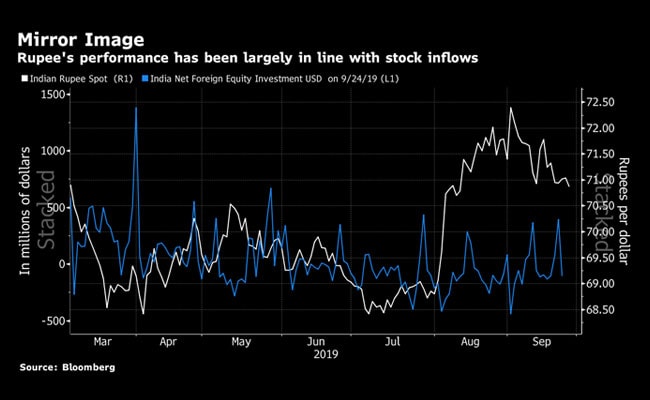 "The corporate tax cuts are a response to mounting growth pessimism, and should stem Indian equity outflows," said Rohit Arora, emerging market Asia strategist at UBS. "This, in our view, works well enough for the rupee carry trades and lower volatility in the near-term."

Carry trades work by investors borrowing in a lower-yielding currency, such as the yen or the euro, and putting the money into one with higher rates. Indian sovereign bonds offer the second-highest yields among major bond markets in Asia.

Still, growing fears of a global recession have dented risk appetite for emerging markets, with returns from purchasing developing nation currencies with dollars easing since July, according to a Bloomberg index. India is also tussling with its slowest growth in six years.

"Domestic risks abated after multi pronged measures to boost growth made rupee a preferred carry currency," said Anindya Banerjee, a currency analyst at Kotak Securities. Another trade in vogue is shorting the yuan and going long on the rupee to take advantage of the trade tension risks that the Chinese currency faces, he said.

While carry-trade strategies are about playing yield and funding differentials, returns can be wiped out by currency fluctuations if investors don't hedge their exposure. Traders have pointed to concerns that the Reserve Bank of India may act to restrain rupee gains.

"We are wary of chasing INR rally at the current juncture for many reasons," said Rohit Garg, a Singapore-based emerging markets strategist at Bank of America Merrill Lynch. The rupee may weaken to 74 to a dollar by year-end on concerns about the negative fiscal impact of its stimulus measures and the central bank's concerns about a strengthening rupee, he said.

The currency has dropped 1.8 per cent against the dollar this year, and closed at 71.04 on Tuesday.