RIL Chairman Mukesh Ambani said at the 41st AGM that the company will begin registrations for its fibre-to-home service JioGigaFiber from August 15. 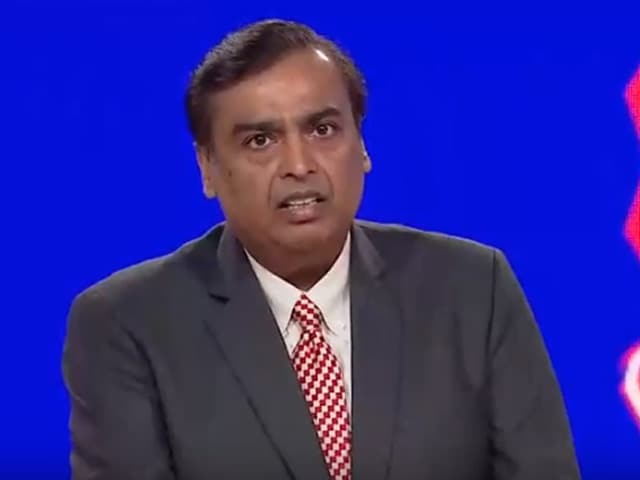 RIL AGM: Jio has 215 million subscribers and is on track to cover 99% of country, said Mukesh Ambani

Mumbai: Conglomerate Reliance Industries unveiled a fibre broadband system and said it will extend connectivity to 1,100 cities, stepping up its push to expand in the country's telecoms and internet services sector. Reliance Chairman Mukesh Ambani, India's richest man, said at the oil-to-telecoms giant's 41st annual general meeting that the company will begin registrations for its fibre-to-home service JioGigaFiber from August 15, India's Independence Day.

Smart home solutions such as real-time surveillance and security solutions for homes and enterprises will ride on the fibre network, which will potentially connect 50 million homes, Ambani told shareholders at the AGM.

Reliance has been testing its fibre broadband system in some cities, offering what it says are higher internet speeds than regular broadband where speed is lost as the fibre reaches only up to the building and not directly into homes.

Ambani did not give price plans for JioGigaFiber, unlike for Reliance's telecoms venture Jio that was unveiled in late 2016 with free calls and rock-bottom data rates - a move that upended India's telecoms sector by triggering a price war, dragging margins lower and spurring consolidation.

Jio now has 215 million subscribers and is on track to cover 99 per cent of the country, Ambani said.

Mumbai-headquartered Reliance also announced the launch of a new internet-enabled low-cost phone at 2,999 Indian rupees ($43.62). The device, named JioPhone2, will also be available from Aug. 15.

Reliance last year launched the JioPhone, which allowed digital payments and was effectively free: buyers could get a device for a refundable fee of 1,500 rupees.

Reliance is betting big on acquiring content to fuel data consumption in India. The country has over a billion mobile connections, and Reliance has invested in film entertainment firm Eros, Indian production house Balaji Telefilms and music app Saavn.