Forecasts for June retail inflation, scheduled to be released on July 12 at 5:30 pm, ranged from 4.60 per cent to 6 per cent. 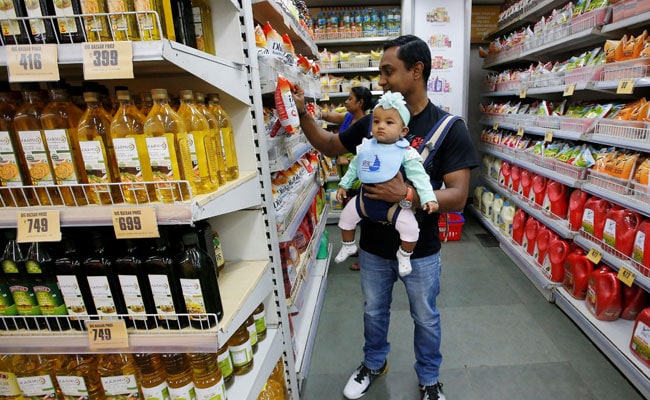 High inflation for June should cement expectations for RBI to raise interest rates as early as August.

BENGALURU: Inflation likely rose to a near two-year high in June, driven by surging oil and food prices, a Reuters poll showed, a development that would strengthen calls for more monetary policy tightening by the Reserve Bank of India. According to a July 4-9 Reuters poll of 37 economists, retail prices rose at an annual 5.30 per cent last month. That would be the fastest since July 2016, well above May's 4.87 per cent and keep inflation above the central bank's 4 per cent target for an eighth straight month.

A high reading for June should cement expectations for the central bank to raise rates as early as August after its 25 basis points hike last month to try and control potential risks caused by higher inflation.

"Weekly data suggest that both food and fuel inflation picked up further in June," Shilan Shah, senior India economist at Capital Economics, said in a note to clients. "We are penciling in a further slight rise in headline CPI inflation last month."

Global oil prices, which have risen more than 20 per cent this year and nearly 13 per cent in June, was a major factor behind higher inflation in recent few months as it is India's costliest import.

A recent increase in government-mandated prices is currently predicted to add Rs 15,000 crore to the government's costs, raising concerns over inflation remaining elevated over the coming months.

Ahead of the 2019 general election, "there could be an increase in populist spending on schemes which could support farmers' incomes, albeit only temporarily," Tanvee Gupta Jain, an economist at UBS AG, said in a note.

Adding to worries, the wholesale price index was forecast to hit a 15-month high of 4.93 per cent in June, from 4.43 per cent in May.

That supports predictions for further policy tightening by the central bank as early as next month.

Jain predicts that the monetary policy committee (MPC) will hike policy rates by another 25 basis points in August "before going for a prolonged pause".

"However, the risk of a 100 basis points tightening cycle (including the 25 basis points hike already announced) is now very much alive to ensure financial stability," she said.

The Reuters poll forecast that industrial output increased in May at a three-month high of 5.2 per cent from a year earlier, up from April's 4.9 per cent, helped by a 3.6 per cent increase in annual infrastructure output.