"We have an excellent CEO in Salil Parekh. Infosys is really on a very stable and forward-looking path," said the chairman. 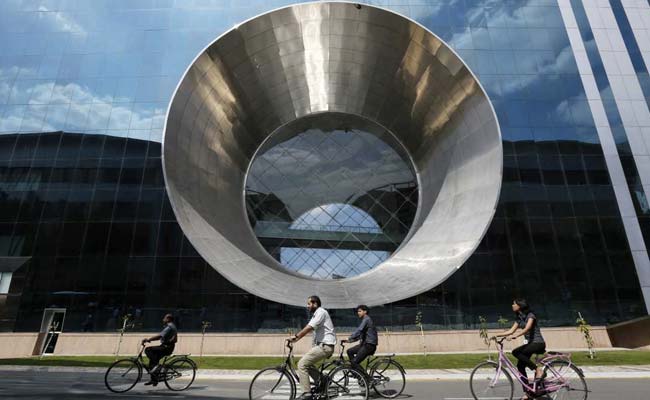 Infosys Ltd. has returned to stability, almost a year after the appointment of a new chief executive ended a tumultuous period at the software and services company. Chairman Nandan Nilekani, speaking on the sidelines of Bloomberg's New Economy Forum in Singapore, said that the turnaround is complete. "This is all very much from the past," he said of the board turmoil that engulfed the company last year. "I've been chairman now over a year. We have an excellent CEO in Salil Parekh. Infosys is really on a very stable and forward-looking path."

Investors seem to agree. The Bangalore-based company's shares are up almost 30 per cent this year, compared with a 3.1 per cent gain in 2017. In the latest quarter, Infosys booked more than $2 billion in deals and net income topped projections. Parekh, who formally took over in January, has focused on stabilizing the company after public wrangles between its board and co-founders culminated in the dramatic exit of the well-regarded Vishal Sikka.

"The future of India's IT services is bright because all over the world, the businesses and even governments are going through a huge digital transformation," Nilekani said. "Be it automobile, retail, financial services, in every industry there is massive reinvention going on."

The same is true for Tata Consultancy Services Ltd., Infosys's bigger rival, which in April became India's first company to top $100 billion in market value in more than a decade. Both are adjusting to the adoption of automation in key areas such as financial services, while immigration curbs hamper its ability to move workers into its largest market of the US. The country's $167 billion-IT services industry is now investing in cloud computing and artificial intelligence to jump-start growth.

Nilekani also pointed to Aadhar, the biometric national ID system, as an opportunity for companies like Infosys as well as a tool of empowerment for individuals. Using iris-scanning technology, the database lets people identify themselves, while private companies have embraced it as a way to authenticate job seekers, blood donors and loan applicants.

"Historically, data has benefited companies and governments," the Infosys chairman said. "India's unique infrastructure, thanks to Aadhar, thanks to its regulations, has the ability for every individual to access his own data and put it to good use. We call that data empowerment, which means a person can use his own data to get a loan, better health care, better education."

The New Economy Forum is being organized by Bloomberg Media Group, a division of Bloomberg LP, the parent company of Bloomberg News.