Economists say the government faces a number of challenges as it plans the income and expenses for the coming months. 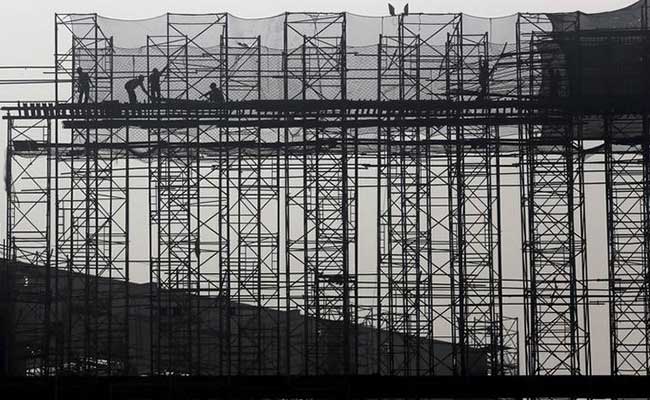 Union Budget 2019: GDP growth stood at 8.2% and 7.1% in the fiscal first and second quarters respectively

Union Minister Piyush Goyal will present the Budget in Parliament on February 1, 2019. This will be an Interim Budget, the last before the general election due by May, so it is the final chance to sway public perception. From a widened fiscal deficit to shrinking Goods and Services Tax (GST) collections, and slowing growth, economists say the government faces a number of challenges as it plans the income and expenses for the coming months. (Also read: Government rules out GST rate cuts until revenues improve)

Here are five economic challenges before the government, ahead of Budget:

The economy has logged growth rates of 8.2 per cent and 7.1 per cent in the first and second quarters of fiscal year 2018-19 respectively. The government estimates GDP growth at 7.2 per cent in financial year 2018-19, lower than the central bank's estimate of 7.4 per cent, and a growth rate of 6.7 per cent recorded in the previous year. Most private economists have lowered the country's growth forecast to around 7 per cent for the 2018-19 fiscal year citing weakening consumption and slowdown in credit offtake.

Fiscal deficit - the amount of money by which a government's expenses in a year exceed its revenue - has already crossed the full-year estimate by more than 15 per cent in first nine months of 2018-19. This means the government, which aimed at containing the deficit at 3.3 per cent of gross domestic product (GDP) or Rs 6.24 lakh crore ($88.45 billion) for the financial year, is likely to miss its deficit target. Economists say the pressure on government finances is mainly arising from the revenue side, particularly indirect taxes.

Non-performing assets or bad loans remain an issue in the country's banking sector. Twenty one state-run banks in the country - holding two-thirds of assets in the sector - account for the bulk of the record $150-billion (around Rs 11 lakh crore) of soured loans. The government expects recovery of bad loans worth Rs 70,000 crore by March-end, having recovered Rs 80,000 crore so far through resolution of 66 cases by the National Company Law Tribunal (NCLT).

Trade deficit - which occurs when imports exceed exports - widened to $129.9071 billion in first eight months of financial year 2018-19 (April-November), from $106.3734 billion in the corresponding period a year ago, latest RBI data shows. India meets more than 80 per cent of its petroleum requirements through imports. Fluctuations in crude oil prices and currency markets amid jitters from the US-China trade war have led to inflation of the country's import bill.