Since 2014, the government has been offering e-visa to the citizens of 163 countries 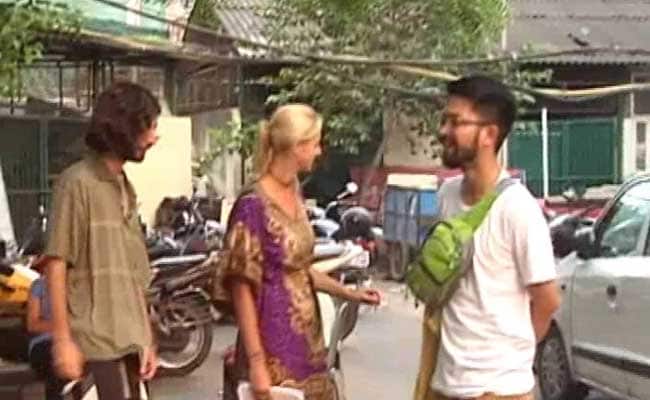 E-visa scheme was launched in 2014

Since its launch in 2014, e-tourist visa scheme has filled the coffers of Indian government by around Rs 1,400 crore. The government offers e-visa to the citizens of 163 countries. The popular visa service has been availed by nearly 19 lakh tourists in 2017, informed a Union home ministry official. The official further informed that the ministry expects over 25 lakh tourists to avail the e-visa facility in 2018. Since its launch in 2014, the e-Visa scheme has brought revenue of more than Rs 1,400 crore, the official further stated.

The e-Visa fees are divided into four slabs of zero, $25, $50 and $75 which were fixed on reciprocity and depending on nationality.

The e-Visa scheme has been implemented by the foreigners division of the home ministry in a bid to improve the efficiency and transparency of various services being provided to foreign nationals.    The facility is now available for nationals of 163 countries for entry into India through 25 international airports and five sea ports. Under the e-visa scheme, an applicant, when an online application is submitted, receives an e-mail authorising him or her to travel to India after it has been approved. The tourist can travel with a print-out of this authorisation, another official said.

On arrival, the visitor has to present the authorisation to the immigration authorities who would then allow the entry into the country. The e-Visa scheme also covers business and medical categories, apart from tourism.

The e-visa rules were liberalized last year in April when the duration of stay on e-visa was extended from one month to two months.

Promoted
Listen to the latest songs, only on JioSaavn.com
In a bid to promote cruise tourism, the government has allowed the cruise tourists with e-Visas to be exempted from biometric enrolment. The exemption will be in force till December 31, 2020 as many of the cruise ships coming to India are large ships with anywhere between 2,000 to 4,000 passengers on board.

An NDTV report last year had reported that the top five countries for foreign tourists in India are Bangaldesh, US, UK, Germany, and Australia.