When Prime Minister Narendra Modi began his second term in May, I'd hoped for a reset of his government's fraught relationship with domestic business and global capital. Eight months later, the stalemates have only multiplied, while the world's view of the country under his watch has dimmed. Growth has collapsed.

The annual budget on February 1 will present another opportunity for course correction. But if the previous budget in July - it is presented late in election years - is any guide, truth and honesty may rank way below expediency and bravado.

There's no shortage of ideas to fix the economy, provided New Delhi accepts that it's facing a crisis. The last budget would have been the right time to press the panic button. However, the newly re-elected government tried to whitewash its funding crunch with outlandish forecasts of tax collection that have fallen badly short.

Doubling down on those rosy predictions with an off-budget corporate tax cut cheered the stock markets but worsened the government's revenue shortfall and did nothing for an economy-wide insufficiency of demand. Nominal gross domestic product growth of 7.5 per cent is the slowest in more than four decades. Virtually every industry, from banking and auto to real estate, power and telecom is in disarray. The fiscal space available to fight the slowdown is limited. 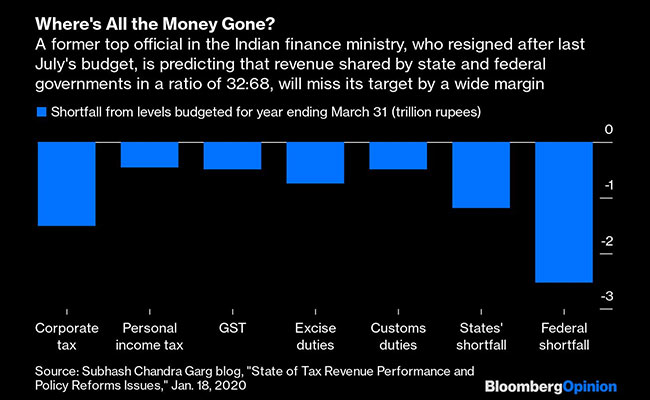 Broader society, grappling with a multiyear drought in investment and jobs, has been swept up in the frenzy of Modi 2.0's non-economic agenda. India's 200 million Muslims fear that the Hindu-majority nation is weakening the protections of its secular constitution. Mass protests have erupted against a project that might require 1.3 billion people to furnish documents to prove citizenship. The end result could be discriminatory along religious lines, hurt the undocumented poor, or both.

India is doing some things right. PM Modi has restarted a privatization program that's been dead for nearly two decades: A white elephant like Air India Ltd. may finally cease being a burden on the taxpayer. Legislation to make layoffs easier so that private firms will undertake labor-intensive work is also welcome, though the likes of Bangladesh and Vietnam have already stolen a march in textiles and electronics.

To reclaim the economic goals obscured by a fog of political nationalism, Finance Minister Nirmala Sitharaman has to acknowledge that the fiscal deficit of the central government is around 4.5 per cent to 5 per cent of GDP - nowhere close to the 3.3 per cent target for the financial year ending March 31. There's little chance of that happening.

The 2017 Goods and Services Tax has flopped, pushing New Delhi to incur more liabilities outside the budget, for instance by dipping into people's post-office savings for food subsidies. Without accepting that the GST needs an overhaul, a fair share won't reach India's states and into the hands of people who can spend it. 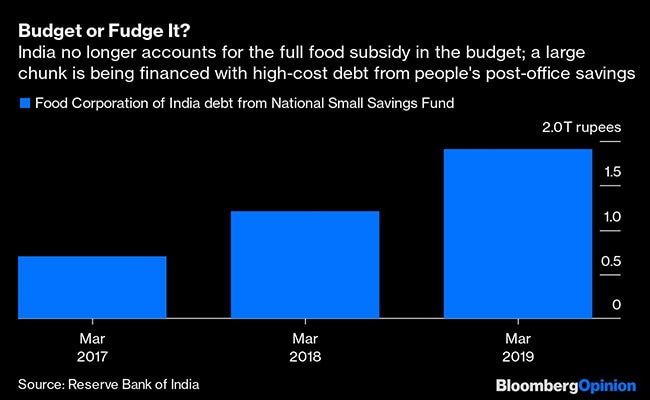 But fixing the GST isn't something that can be done in the budget. It will require a buy-in from states that are being starved of resources. With many of India's state governments virulently opposed to what they see as Home Minister Amit Shah's agenda of turning India into a Hindu nation, it's unclear if a coordinated effort to stabilize the rudderless economy is politically feasible.

Equity markets may be chuffed if the Finance Minister does away with a tax on long-term capital gains, though I would be more keen to see a bold recapitalization of the broken shadow banking system. An Indian version of the US Troubled Asset Relief Program, which floated the American economy through the 2008 financial crisis, is needed.

As for generating resources in a weak economy, a push to include Indian government debt in global indexes is a good idea, but foreigners will demand even more transparency than local investors. Telling them that the government's debt-to-GDP ratio, currently 46 per cent, will perhaps miss the 40 per cent target set for March 2025 by as many as five years could push borrowing costs higher, and nudge the rupee lower.

A safer choice would be to acknowledge an annual fiscal slippage of, say, 0.5 percentage point - to 3.8 per cent of GDP for a couple of years - and finance the additional budget deficit with money printed by the central bank. That, I suspect, is India's current ceiling on truth-telling.