PM Modi, on his visit to Singapore, bought a madhubani painting and made the payment via SBI RuPay card 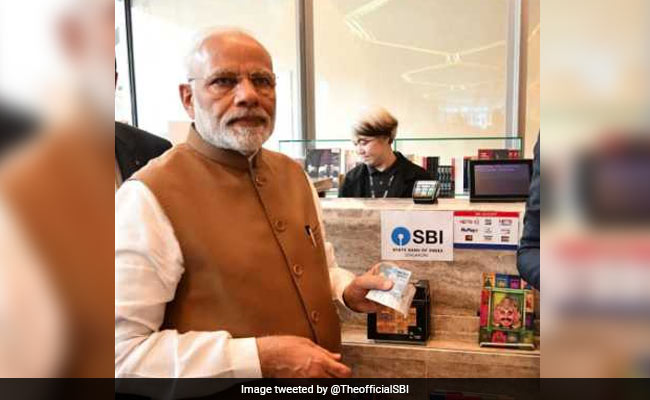 Prime Minister Narendra Modi, on his visit to Singapore, visited Indian Heritage Centre. There he bought a madhubani painting. And when the time came to make the payment, he chose SBI RuPay card over any other mode of payment. This was no less than dream publicity for the SBI's debit card, wherein none other than the Prime Minister of India was seen posing while flashing the card. It is worth mentioning that PM Modi is a big proponent of digital transactions. PM Modi was on a three-country visit (Indonesia, Malaysia and Singapore) for five days, the trip that concluded on Saturday in Singapore.

In a tweet on Saturday, the SBI wrote on its official handle, "Hon. Prime Minister of India, visited the Indian Heritage Centre in Singapore, whose efforts are focused towards bringing the two great nations Singapore and India closer. He purchased a splendid Madhubani painting using an SBI RuPay card."

PM Modi, as the leader of the government, had even launched Digital India campaign on July 1,2015 in a bid to ensure that the government services are made available to citizens electronically by improved online infrastructure and by increasing Internet connectivity or by making the country digitally empowered in the field of technology. 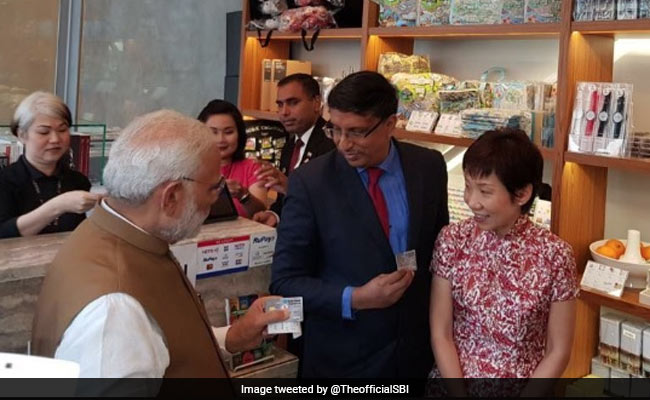 Even during demonetization also, the PM Modi had exhorted the citizens of the country to shift to online transactions more and more, by gradually abandoning the practice of using physical currency.

Promoted
Listen to the latest songs, only on JioSaavn.com
Demonetisation was the scrapping of high value currency notes (Rs 500 and Rs 1,000) announced by PM Modi on November 8, 2016 when the 86 percent of the total amount of currency in circulation ceased to be the legal tender.

SBI RuPay card is a domestic (India's) debit card issued by the State Bank of India (SBI) and conceived and launched by the National Payments Corporation of India. RuPay card was rolled out as an alternative to the MasterCard and Visa card schemes and to consolidate and integrate various payment systems in India.