Train 18, India's first engine-less train, has a potential to travel up to the speed at 160 kmph as against 130 kmph of Shatabdi. 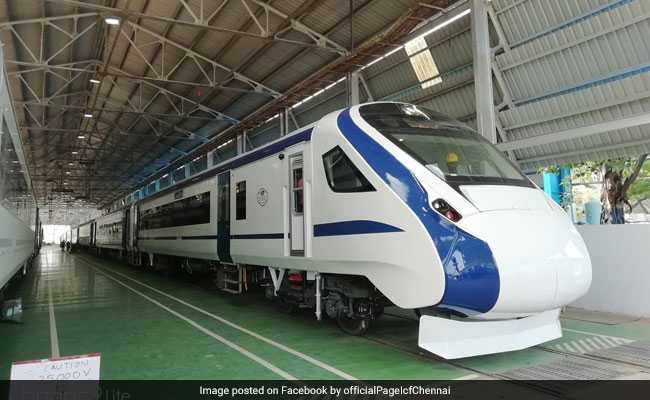 Train 18, India's fastest train, is a self-propelled train and is fitted with CCTV cameras.

Train 18, the country's first engine-less train which is being regarded as a successor to the 30-year-old Shatabdi Express, is set to hit the tracks for trials on Monday, reported news agency Press Trust of India (PTI). Train 18 will undergo short runs near Chennai's Integral Coach Factory (ICF) for five days for testing its braking system, the on board air conditioning and other systems -- as well as for familiarising the crew with the control systems -- and reach New Delhi on November 7. 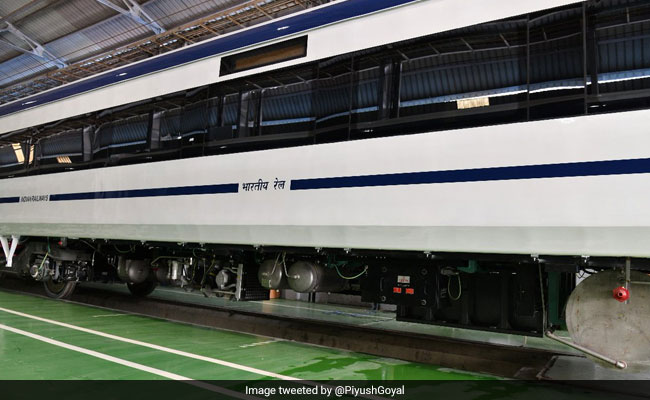 1. Train 18 is dubbed as next-generation train and has technical features for enhanced quick acceleration.

2. The new train has a potential to travel up to the speed at 160 kilometres per hour as against 130 kmph of Shatabdi, which would result in the travel time being reduced by around 15 per cent once the tracks are fit to suit Train 18's speed.

3. It is a full-AC train with 16 coaches and is designed in such a way that passengers can have a look at the driver's cabin. 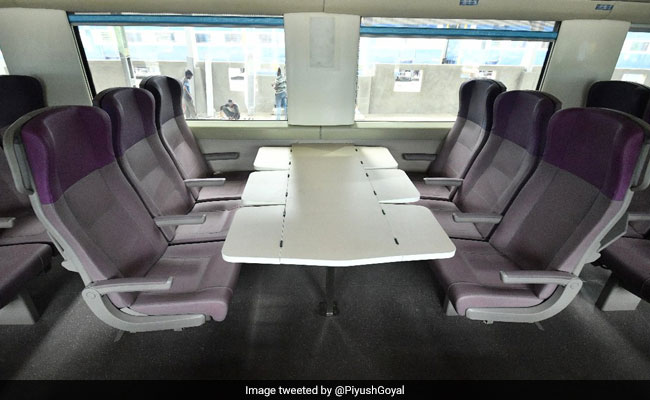 4. It is a self-propelled train and is fitted with CCTV cameras.

5. There are two executive compartments in the middle with 52 seats each, whereas trailer coaches have 78 seats each.

6. Train 18 has diffused lighting, automatic doors and footsteps and a GPS-based Passenger Information System, among other features.

7. The footstep in a coach's doorway slides outward when the train stops at a station enabling passengers to alight safely with comfort in view of the variation in height between a train's floor and the platform. 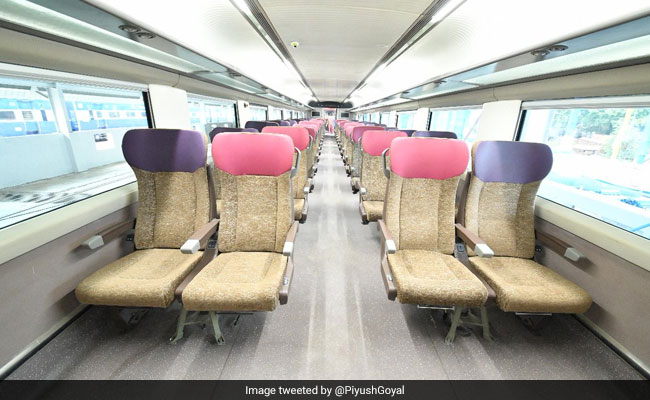 8. The doors of Train 18 open only after the train stops to ensure safety of passengers. The train starts only after all doors are shut.

9. It has seats that can rotate 360 degrees and can be aligned in the direction of travel.

10. Other features of Train 18 include an onboard infotainment system with Wi-Fi, vacuum toilets and continuous windows.