Read inOther Languages
This Article is From Jun 06, 2018

The Reserve Bank of India (RBI) on Wednesday hiked the key lending or repo rate by 25 basis points to 6.25 per cent. 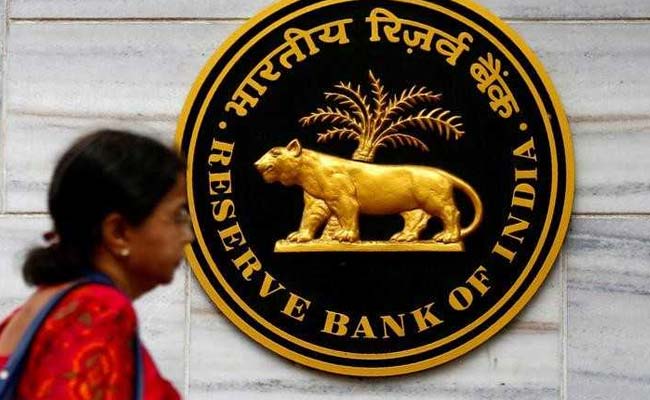 The reverse repo rate under which the RBI borrows from banks has been adjusted to 6%.

The Reserve Bank of India (RBI) on Wednesday hiked the key lending or repo rate by 25 basis points to 6.25 per cent as it announced its second bi-monthly monetary policy statement for 2018-19. The repo (or repurchase) rate is the rate of interest which the RBI charges to lend short-term loans to the commercial banks. The reverse repo rate under which the RBI borrows from banks was adjusted to 6 per cent. "The decision of the MPC (Monetary Policy Committee) is consistent with the neutral stance of monetary policy in consonance with the objective of achieving the medium-term target for consumer price index (CPI) inflation of 4 per cent within a band of +/- 2 per cent, while supporting growth," the RBI said in its policy statement. All the six monetary policy committee (MPC) members, Chetan Ghate, Pami Dua, Ravindra H. Dholakia, Michael Debabrata Patra, Viral V. Acharya and Urjit R. Patel, voted in favour of the decision.

The RBI, however, maintained a neutral stance in the policy statement and retained the GDP growth for 2018-19 at 7.4 per cent.

RBI's decision to hike repo rate was guided by a sharp spike in retail inflation which rose sharply to 4.6 per cent in April. Some experts, however, feel that the hike is positve for "savers". "Recent hike in crude prices & better GDP for last quarter of FY 18 suggest inflation trajectory may be on the higher side. Though, this may put some pressure on borrowers, it is positive news for the savers in the economy," said Anita Gandhi, Whole Time Director at Arihant Capital Markets.

RBI's decision was surprising because most experts were expecting it to take a hawkish stance in the June policy review and to go for a rate hike only in August.

Earlier, a Reuters poll, which was taken before the figures for the gross domestic product (GDP) were released, 21 of 57 economists, or about 40 per cent, expected the RBI to raise interest rates in the June meeting. However, in a snap poll of 56 economists taken after the GDP data release, 26 of the respondents, or about 46 per cent, said that they expect the RBI to take the repo rate higher in June.

Promoted
Listen to the latest songs, only on JioSaavn.com
In the January-March quarter, the economic growth or gross domestic product (GDP) accelerated to 7.7 per cent, which is a near 2-year high.