These Countries At Risk Of A Deep Economic Crisis

A rampant dollar at a two-decade high points to a record number of developing nations now in dire straits. 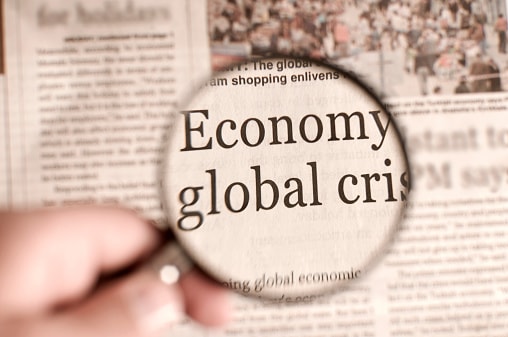 Countries at risk of an economic crisis from the rampant dollar

A rampant dollar at a two-decade high crushing most currencies' buying power in international markets, fears of an economic downturn and burned foreign exchange reserves point to a record number of developing nations now in dire straits.

According to Reuters, a record number of developing countries are currently in difficulty as several countries are exhibiting economic malaise similar to Sri Lanka, including typical debt crises, indications of collapsing currencies, 1,000 basis point bond spreads, and FX reserves. See the list below.

Rising borrowing prices, inflation, and debt all fuel concerns of an economic collapse, with analysis showing that Sri Lanka, Lebanon, Russia, Suriname, and Zambia are already in debt default, Belarus is on the verge of default, and at least another dozen countries are in danger of default.

The total price is staggering. Analysts estimate that $400 billion of debt is at risk using 1,000 basis point bond spreads as a pain threshold. Argentina is the biggest, with over $150 billion, followed by Ecuador and Egypt, each with between $40 and $45 billion.

The Russian rouble and the Brazilian real are the only currencies that have gained against the dollar this year, which many market experts say is because of capital controls.

Investors are questioning how long the dollar surge can last, but many are waiting to turn bearish on the dollar before doing so. Compared to a basket of peers, the dollar has increased by almost 13 per cent this year, reaching a two-decade high.

It is also on track to have its best year since 1997, thanks to a hawkish Federal Reserve and investors looking for safety from the uncertain global economy. (Reuters Graphic: Currency Markets In 2022)

See below a list of countries at risk, based on a Reuters report:

Argentina(Reuters Graphic: The Pain Has Spread)

The world leader in sovereign default appears certain to increase its total. In the illicit market, the peso currently trades at a near 50 per cent discount, reserves are at an all-time low, and bonds are now worth 20 cents on the dollar, less than half of their post-2020 debt restructuring value.

Although the government won't have much debt to pay off until 2024, it will start to pile up, and there are growing fears that strong vice president Cristina Fernandez de Kirchner may try to force Argentina to break its commitment to the International Monetary Fund.

After standing beside Moscow in the Ukraine campaign, Belarus is now subject to the same harsh penalties that forced Russia into default last month.

The Latin American nation only went into default two years ago, but violent protests and an effort to remove President Guillermo Lasso have plunged it into turmoil.

It has a large debt, and JPMorgan has increased its prediction for the public sector fiscal deficit to 2.4 per cent of GDP this year and 2.1 per cent of GDP next year because the government is subsidising food and fuel. Spreads on bonds have surpassed 1,500 bps.

With a debt-to-GDP ratio of about 95%, Egypt has experienced one of the largest outflows of foreign funds this year, JPMorgan estimates, totalling about $11 billion.

Egypt is expected to have to pay $100 billion in hard currency debt over the next five years, including a sizable $3.3 billion bond, in 2024, according to to fund management company FIM Partners.

Cairo reduced the pound's value by 15 per cent and requested assistance from the IMF in March. Still, bond spreads have since risen to over 1,200 basis points, and credit default swaps (CDS), an instrument used by investors to manage risk, now factor in a 55 per cent possibility that Cairo will default on a payment.

However, according to Francesc Balcells, CIO of EM debt at FIM Partners, about half of the $100 billion Egypt must pay by 2027 would go to the IMF or bilateral agreements, mostly in the Gulf. Egypt "should be able to pay under normal circumstances," he added.

Trust levels plummeted after it made bitcoin a legal tender and closed the door to IMF hopes. Investors' faith has fallen to the extent that an $800 million bond with a six-month maturity trades at a 30 per cent discount and longer-term bonds at a 70 per cent discount.

Ethiopia is a financial powerhouse in Eastern Africa and has seen a great economic expansion in recent years. Addis Abeba, the nation's capital, is ranked as the eighth richest city in Africa and one of the richest in the continent.

But one of the first nations to receive debt relief under the G20 Common Framework programme will be Addis Abeba. Although the country's prolonged civil war has slowed progress, it is nonetheless paying interest on its lone $1 billion international bond.

Ghana (Reuters Graphic: How Not To Spend It)

Frenzied borrowing has led to a rise in Ghana's debt to GDP ratio to almost 85 per cent. It already spent more than half of tax income on debt interest payments, and its currency, the cedi, has lost about a quarter of its value this year. Additionally, inflation has risen by a third.

About 30 per cent of Kenya's earnings are used to pay interest on borrowing. Since it now lacks access to financing markets and has bonds worth over half a billion dollars that mature in 2024, this situation is problematic.

"These nations are the most susceptible solely because of the quantity of debt coming due relative to reserves, and the fiscal issues in terms of stabilising debt burdens," said Moody's David Rogovic about Kenya, Egypt, Tunisia, and Ghana.

The gap on Nigeria's bonds is currently a little over 1,000 bps. Still, the country's reserves, which have been steadily increasing since June, should comfortably meet the country's next $500 million bond payment in a year. However, the government spends close to 30 per cent of its income on debt service.

Brett Diment, head of emerging market debt at investment firm abrdn, said: "I believe the market is overpricing many of these risks."

Last week, Pakistan reached an important IMF agreement. The discovery could not have come at a better moment, as rising energy import costs are putting the nation in danger of experiencing a balance of payments crisis.

The country's foreign exchange reserves have dwindled to only $9.8 billion, just enough for five weeks' worth of imports. The Pakistani rupee has declined to record lows, and more pain lies ahead with the dollar's surge. Since the incoming administration spends 40 per cent of its revenue on interest payments, spending reductions are now urgently required.

Africa has several nations applying to the IMF, but Tunisia appears to be among the most vulnerable.

Due to President Kais Saied's efforts to solidify his hold on power and the nation's strong, stubborn labour union, the country has a budget deficit of almost ten per cent, one of the world's highest public sector wage bills. There are worries that it may be difficult to secure or adhere to an IMF programme.

The premium investors' demand to purchase Tunisian debt over US bonds has increased to almost 2,800 basis points, placing the country alongside El Salvador and Ukraine as Morgan Stanley's top three most likely defaulters. The head of Tunisia's central bank, Marouan Abassi, has stated that an agreement with the IMF is now necessary.

The Ukrainian hyrvnia currency is down over 5 per cent against the dollar. Due to Russia's invasion, major investors like Morgan Stanley and Amundi warn that Ukraine will almost surely need to restructure its $20 billion or more in debt.

The deadline is September when bond payments totalling $1.2 billion are due. Kyiv may be able to make payments thanks to reserves and aid money. However, investors believe the government will follow suit in light of state-run Naftogaz's request for a two-year debt freeze this week.

As Dollar Rages Higher, Few Dare To Stand In Its Way

On the greeback, what has surprised many is the the extent of the dollar's strength. Still, the dollar's momentum has made investors hesitant to stand in its way.

"Almost any currency looks attractive compared to the dollar on a longer-term basis, but investors have to ask themselves ... what happens if you put on a position and the dollar keeps on strengthening?" Brian Rose, senior economist at UBS Global Wealth Management, told Reuters.

While recession worries have increased as the Federal Reserve is on an aggressive tightening policy path, the economic outlook for many others appears even gloomier, boosting dollar's strength further.

"The USD remains king of FX and it will be incredibly brave and naive to assume otherwise," noted analysts at TD Securities.

What that dollar surge has done is push forex reserves of other countries to drop sharply, due to the billions of dollars sold in market interventions boos their currencies significant slide.