Fortune''s fourth annual "Change The World" list ranks companies as per their profit motive to help the planet and tackle social problems. 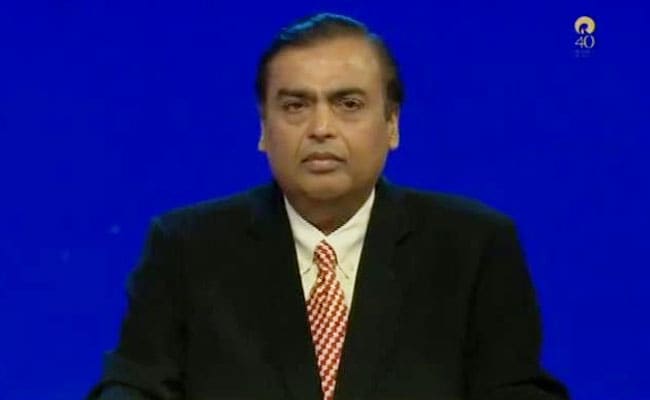 Besides Mr Ambani's firm, Merck, Bank of America, Alibaba were the other companies on the Fortune list.

The list ranked companies as per their profit motive to help the planet and tackle social problems.

"If access to the Internet is a basic human right -- and the United Nations declared it one in the summer of 2016 -- then Reliance Jio deserves more credit than most for expanding access to it," Fortune said.

"It has since (its inception) issued a super-low cost smartphone and is rolling out fixed broadband service as well. Reliance Jio, which says it''s profitable, has amassed 215 million subscribers in just 22 months," it added.

It was followed by the global pharmaceutical major Merck at the second position.

Among other companies on the list, Bank of America ranked third and the China-based Alibaba Group ranked fifth.

"In 2007, even as the financial crisis began taking huge bites out of its balance sheet, Bank of America committed to lending, investing and otherwise raising $20 billion for low-carbon and sustainable business," Fortune said.

Regarding the Alibaba Group, it said: "Alibaba wants to drive money into rural China in a fairly literal way. Its popular maps service, Auto-Navi, launched a ''poverty alleviation map'' feature in Henan province this year, designed to entice day-trippers into remote countryside towns."

(Except for the headline, this story has not been edited by NDTV staff and is published from a syndicated feed.)
Comments
Reliance JioMukesh AmbaniFortune