Accumulated losses in nine of the past 11 years have caused Jet Airways to delay payments to banks, lessors and employees. 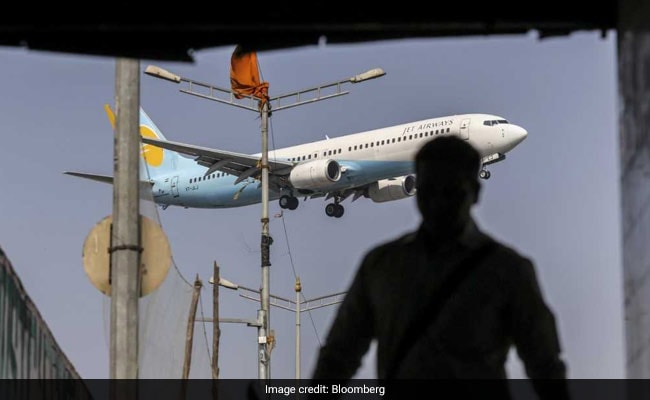 Jet Airways needs Rs 8,500 crore to get back on its feet after a fare war wiped out its profits

Jet Airways India Ltd.'s lenders invited initial bids to buy as much as 75 percent of the debt-laden carrier, starting a process that will determine the future of India's oldest surviving private airline.

Potential buyers must submit their interest by April 10, State Bank of India Ltd., the lead creditor, said in a document Monday. A strategic bidder should have a net worth of at least Rs 1,000 crore ($144 million) in the preceding financial year, or at least three years of experience in the airline business.

The airline is credited with successfully breaking the monopoly of state-run Air India Ltd. and was once India's second-biggest carrier, but its fleet has dwindled to 26 planes from 124 as recently as January. Accumulated losses in nine of the past 11 years have caused Jet Airways to delay payments to banks, lessors and employees, while its founder Naresh Goyal was forced to cede control of the carrier.

Jet Airways, part-owned by Abu Dhabi's Etihad Airways PJSC, needs Rs 8,500 crore to get back on its feet after a fare war by budget airlines wiped out profits and it racked up debt of more than $1 billion.

The fate of Jet Airways is crucial to the legacy of Prime Minister Narendra Modi as he faces an election that begins April 11 after holding power for the last five years. While he remains the favorite in the polls, his party has faced setbacks of late and he has been criticized for not living up to a key election promise to create 1 crore new jobs a year. A collapse of Jet Airways, with 23,000 employees, could further dent his credentials.

Consortiums submitting bids should have no more than three members, with each holding a share of no less than 15 percent, according to Monday's document.

After qualified bidders are selected, they will be provided access to the company's data and the bid document.

Lenders led by State Bank of India said last week that "other options" may be considered if efforts for the stake sale "don't produce the desired result," without elaborating on what the options could entail.

The bank group had agreed to take a 50.1 percent stake at an effective cost of 1 rupee through the issuance of 11.4 crore new shares in an attempt to bail out the carrier. It was a maneuver that was allowed under a framework outlined by the Reserve Bank of India last year for companies with a negative net worth as a temporary measure. However, a surprise ruling by the Supreme Court last week squashed that framework and raised questions once again about the airline's future.

It's unclear what happened to as much as Rs 1,500 crore of immediate funding that banks said last month they would provide the carrier. Earlier, the Indian government was said to be looking into options to save jobs at Jet Airways, including by asking other airlines such as low-cost operator SpiceJet Ltd. to consider taking over some aircraft, according to people familiar with the matter.

India Asked To Pay $1.2 Billion To Cairn After Arbitration Loss