India To Grow 7% In 2020 As Bottlenecks Clear Up: IMF Chief Economist Gita Gopinath

The government has taken a slew of measures since August 23 to pull the economy out of a six-year low growth rate. 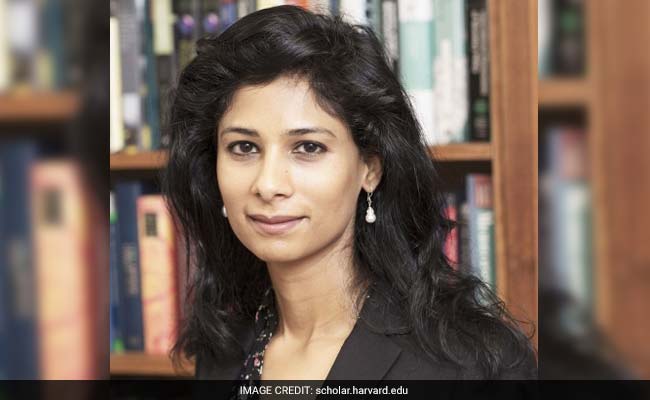 International Monetary Fund (IMF) Chief Economist Gita Gopinath said on Tuesday that economic growth in India is projected to recover to 7 per cent in 2020 from 6.1 per cent this year. There has been a negative impact on growth due to "financial vulnerabilities in non-bank financial sector" which have affected borrowing by consumers as well as small and medium enterprises, said Gita Gopinath said, after the US-based institution lowered its growth forecast for India to 6.1 per cent in 2019 (from 7.0 per cent) and 7.0 in the next year (from 7.2 per cent).

The growth forecast for 2020 is based "on the premise that these particular bottlenecks will clear up", Ms Gopinath said while addressing a press conference in Washington DC.

Watch a summary of the outlook for the global economy by Chief Economist Gita Gopinath: “The global economy is in a synchronized slowdown and we are downgrading growth once again for 2019 to 3%.” https://t.co/BbiyJkpJ1Mpic.twitter.com/IeIE2FR8k6

The collapse of IL&FS - one of India's biggest non-banking finance companies - and a Rs 13,000-crore fraud at state-run Punjab National Bank has rocked the country's financial sector, which is struggling against more than Rs. 10 lakh crore of non-performing assets or bad loans.

The government has announced a mega consolidation plan for state-run banks, in a bid to strengthen the financial system and push economic growth, which expanded at its slowest pace in more than six years in the first quarter of 2019-20.

"On the fiscal side for India there have been some recent measures including the corporate tax cut," Ms Gopinath said.

The government has taken a slew of measures since August 23 to pull the economy out of a six-year low growth rate. Key measures include a cut of almost 10 percentage points in the corporate tax rates which would cost the government Rs 1.45 lakh crore.

"While India has not yet said how it would offset the revenue shortfall from this measure, the revenue projections look optimistic," the IMF chief economist said. "It is important for India to keep the fiscal deficit in check." (Also read: No reason to doubt government commitment on fiscal targets, says RBI)

On global economy, Ms Gopinath said: "The weakness in growth is driven by a sharp deterioration in manufacturing activity and global trade, with higher tariffs and prolonged trade policy uncertainty damaging investment and demand for capital goods."

The US-China trade war will cut 2019 global growth to its slowest pace since the 2008-2009 financial crisis, the International Monetary Fund warned on Tuesday, adding that the outlook could darken considerably if trade tensions remain unresolved.

The world economy is "in a synchronised slowdown, with growth for 2019 downgraded again - to 3 per cent - its slowest pace since the global financial crisis", Ms Gopinath added.

The IMF said its latest World Economic Outlook projections show 2019 GDP growth at 3.0 per cent, down from 3.2 per cent in a July forecast, largely due to increasing fallout from global trade friction.

Industrial Production Grows 1% In December 2020: All You Need To Know