India May Have Entered 'Quasi-Recession' As Growth Slumps: Economists

Official data on Friday showed that gross domestic product in Asia's No. 3 economy grew 5 per cent in April-June from a year earlier. 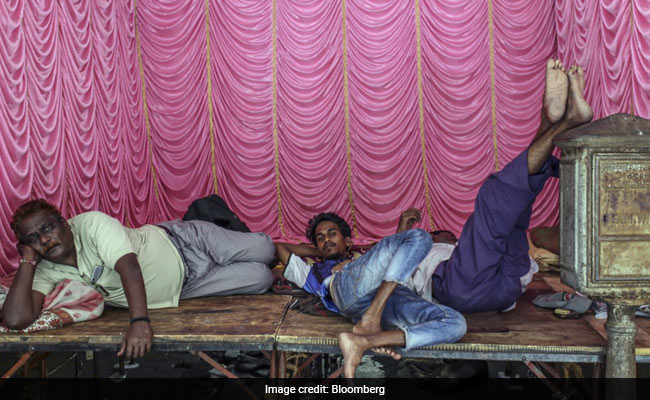 India's longest growth slump since 2012 is heightening concern that it may be tough for policy makers to reverse the slowdown.

"Growth has now slipped below the long term trend of 6.6 per cent for two consecutive quarters, which implies that India is effectively in a quasi-recession," Teresa John, an economist at Nirmal Bang Equities Pvt. in Mumbai, said in a report published Tuesday. Early indicators suggest "growth remains elusive," she added.

While the standard macroeconomic definition of a recession is two consecutive quarters of shrinking GDP, a significant decline in economic activity spread across months is another often-used description. In India, which offers only year-on-year calculations of output, automobile sales have plunged the most in two decades and the chairman of Hindustan Unilever Ltd. warned that the consumer goods his company makes are "recession-resistant, but not recession-proof."

Official data on Friday showed that gross domestic product in Asia's No. 3 economy grew 5 per cent in April-June from a year earlier, below the weakest estimate of 39 economists polled by Bloomberg and the slowest pace in six years. The five straight quarters of slowing growth mark the longest slump since 2012. Under the hood, the numbers offer more cause for concern on whether output - once adjusted for inflation -- will increase fast enough to ensure borrowers cover their interest payments.

A Bloomberg gauge of high-frequency indicators suggests that economic activity continued to weaken in July, with investment and consumption both falling. Economists at Nirmal Bang expect GDP growth to bottom out in the quarter ending September but believe that "a counter-cyclical government spending boost is required."

Room to do that is limited. The government is targeting a budget deficit of 3.3 per cent of gross domestic product in the financial year through March 2020, but total public sector borrowing, which includes those by regional governments and state-owned companies, is estimated at more than 8 per cent of GDP.

Monetary policy may have to bear the burden. Goldman Sachs Group Inc. has joined other lenders in predicting deeper interest-rate cuts by the Reserve Bank of India (RBI) to revive the pace of expansion. Elsewhere, Barclays Plc forecast an additional 65-basis-point decrease by the end of this year and Kotak Mahindra Bank estimated a 75-point reduction will come from the RBI.